Photography, like most forms of art, may be presented as is or with creative enhancement. Is it possibly to take a watercolor photo in-camera, without digital manipulation?

The Joy of Digital Photography

"How to pick the pixels into a peck of Perfection..."

While driving home after church one Sunday, a brilliant idea popped into my head.

"Why don't I turn-off the windshield wiper blades for a few moments, point the camera through the window, and snap as many photos as I feel that I can safely snap.  Wouldn't it be great to create a watercolor photo in-camera, with real water refracting the light, instead of a digital darkroom retouch?"

At times, however, a nice digital-edit of one of The LORD's beautiful flowers can render a blue heart inside of a nice new logo.

The effect is subtle, but the impact is powerful.

Isn't it amazing what a burn-in tool can do on three little nodules to change the entire photo?

The photographer's eye can be developed, (pardon the pun,) by observing rather than simply looking.

Shallow DOF (aka depth-of-field, meaning the in-focus area,) can create great impact by drawing the viewer's eye to the part of the photograph that the photographer wishes to emphasize.  In this photo the out-of-focus areas act as framing to create a cameo-effect.

At times subtle is neither needed nor wanted, when enjoying life through the creation of the digital whimsy of cleverly-manufactured photos that make the reader think.

The following example has been left, slightly-incomplete, for the purpose of training the observant eye.  Can you see the mistake in editing?  It could be a little difficult, due to the distraction of this up and coming actress, but it is in there.

Capturing fireworks photos is a difficult proposition at best.

Capturing fireworks, without a steady-hand, that is made steadier by a fence post, is nearly impossible.

Obviously, the use of a tripod for capturing fireworks photographs is strongly recommended, but when the ideal is unavailable, then "Necessity is the mother of invention." (Quotation is traditionally attributed to Plato from his work, The Republic.)

This photo is a compilation/montage of three or four photographs to increase the drama, the intensity, and the effect of the subject, "Fireworks!"

Flowers as photographic subjects have long been as much a love as a skill of this photographer.

Finding a nearly-perfect bloom, bejeweled with raindrops after a recent shower, was indeed an exquisite treasure.

Finding that it had been captured in strong focus to the greatest effect was a rare "feather-in-the-cap."

Creating a mirror-image photo can add a bit of fun to the photographer's workday, but a caveat emptor must be stated.

Mirror-image creations are an acquired taste.

Mirror-images, like this sunset, are unique, sometimes fun, whimsical, and can have a great deal of WOW-effect.  However, just as often, they can seem rather disturbing, depending on the personal preferences of the viewer.

To begin experimenting with mirror-images, the novice should be advised to try landscapes as subjects rather than living beings, human or animal.  (Human faces may seem to be rather ghastly, when mirrored as well as being two completely different images, mirroring the left versus the right sides of the face.)

Digital photography may not be as simple as using silver halide crystals on acetate (aka film,) but the investment of time and effort can return great dividends of Oooos and Ahs.

Adobe stops selling Photoshop and Illustrator in favor of a subscription Clou... 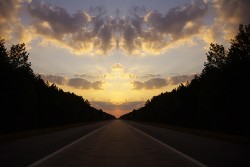 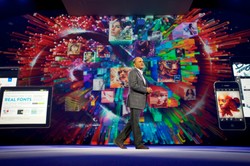 Adobe stops selling Photoshop and Illustrator in favor of a subscription Cloud based model
Loading ...
Error!