Whether you are looking for a romantic gift for your partner or just want to add that touch of love to your home, a Cupid statue can be the perfect choice.

Cupid is often portrayed as a chubby boy with a bow and arrow. Anyone hit with Cupid's arrow is supposed to be filled with uncontrollable desire for the first person he or she sees. Cupid statues are wonderful romantic gifts for your beloved. It can add a classy and romantic flavor to any kind of home decor. Before we take a look at some gorgeous Cupid figures, let's find out who is Cupid after all.

In Roman mythology, Cupid is portrayed as the son of Goddess Venus. In Greek mythology, he is referred to as Eros. There are quite a few versions of Cupid's love story. Here is one of the most popular and widely accepted stories about Cupid's own love life.

Eros' mother Venus was jealous of the beauty of a mortal princess by the name of Psyche. She sent Cupid to destroy her. However, when he saw the beautiful princess, he fell in love with her and so began their affair. Eros visited Psyche every night with the condition that she would never look at how he looked physically. Psyche was fine with it. She loved him and was taken good care of by him. So, she continued to live in his castle and enjoy the gardens that he gave her.

Psyche's two sisters were, however, jealous and incited her into taking a look at her lover. She did see Eros and this is when the castle and the gardens just vanished. Cupid deserted her. She was left all alone with no lover and no place to go. So, she set out to search for her lover and reached Venus, who set four tasks for her.

The last of the tasks was to carry a precious box. She was asked not to open the box until she reached her destination. However, her curiosity got the better of her again and she opened it. She fell into eternal sleep on opening the box.

Cupid found her lying lifeless, gathered the eternal sleep and returned it to the box. Venus had to forgive her since Psyche did finish the task. Pleased with Psyche's deeds, Jupiter blessed her with immortality and both lovers continued to live happily ever after and even had a daughter.

So, now you know the sweet little story of Eros. Let's take a look at a few beautiful Cupid statues, perfect as a romantic gift on any occasion.

Nothing can express love more than a combined statue of Eros and Psyche. If you are a man trying to express your love to your beloved or wanting to apologize to your wife, this could be something that is surely going to bring tears in her eyes. Happy tears, mind you. Take a look at some of the Eros and Psyche statues right here and pick one that you think your partner would love the most.

This one is a replica of the sculpture at Louvre and is made in marble.

Here is another replica of the same statue but in high quality polyresin.

Take a look at this 9 inch tall Victorian decor display, perfect to bring some love into the house.

Take a look at the cold cast bronze statue, an adaptation of the painting "Cupid and Psyche" by Jacques Louis David.

Take a look at the craftsmanship of this Cupid figurine. It is perfect for a desk. If you are a woman, this will be a perfect thing for the desk of your partner constantly reminding him of the love that you share.

A cute little sleeping Cupid can be perfect for your bedroom. In fact, it will be an ideal sculpture for your kid's bedroom as well.

Here are two sleeping Cupids, perfect for the bedroom.

A Cupid statue in the garden gives it a very exotic look. Take a look at this one. It is 30 inches tall and made of fiberglass. This means that your statue will be able to withstand all the weather elements.

Take a look at this one. It is 30 inches tall and made of fiberglass. This means that your statue will be able to withstand all the weather elements.

This one is a 51 inches bird bath garden sculpture.

Here are a few more examples of beautiful statues that you can gift your loved one or just place it your home and add elegance and style.

This one is a replica of the Cupid with butterfly sculpture displayed at the Louvre museum.

Use this Cupid statue for your candles.

So, how about buying an Eros figure for your partner this Valentine's day? Or just buy one for your bedroom or for your entrance passage or for your garden. At least one Cupid statue is definitely a necessity for every house. After all, what shows love more than Eros and Psyche?

Gargoyle Statues for Sale
If you have a fancy for everything monstrous, get a gargoyle statue for your home or office.

Indian Statues for Sale
Looking to add a new sculpture to your beautiful home? Then why not try out some of these Indian statues.

Christmas Figurine Gifts
Looking for some beautiful figurine gifts for the holiday season? Check these out and choose the one that you like best.
Updated: 12/02/2012, Roohi
Thank you! Would you like to post a comment now?
2

If you have a fancy for everything monstrous, get a gargoyle statue for your ...

Looking for some beautiful figurine gifts for the holiday season? Check these... 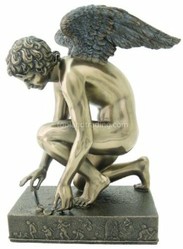 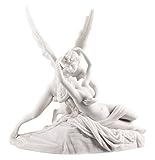 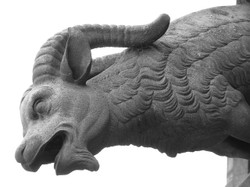 If you have a fancy for everything monstrous, get a gargoyle statue for your home or office.
14%  0   2 Roohi
Christmas Gifts 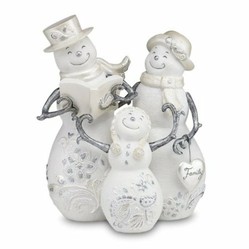 Looking for some beautiful figurine gifts for the holiday season? Check these out and choose the one that you like best.
Loading ...
Error!