Costume party is fun for kids and children love dressing up in cute costumes for costume party whether it is a birthday party, Halloween, Christmas party or whatever in 2017.

Halloween is observed in the memory of those who are dead, especially saints and martyrs. And so, the costumes meant for Halloween celebrations are usually scary. But it really doesn't mean they have to be so. With so many cute dresses available in today's market, you can easily choose a Halloween dress that is simply cute, or even cute and scary at the same time.

Before going to have a look at the Ladybug Halloween costumes, let us see if there is an association of ladybugs with Halloween.

Ladybugs are cute and colourful insects, but did you know that they are also called as Halloween lady beetles? The reason is that they are mostly found in nature during late October when the Halloween is around. You can even find them trying to seek shelters in houses and other buildings during this time, as they prepare themselves for the arrival of winter.

These colourful beetles are native to Asia, but later they were introduced to the Western countries to control aphids or plant lice that attack cultivated crops. Now they are well established in many parts of the United States, especially in North America.

Ladybugs are also commonly called as Ladybirds, and they belong to the family Coccinellidae.

Just like ladybirds, bees also seek for shelters once the temperature begins to fall in late October. They can survive winters but they need shelter and so they form clusters to hide out during the cold and freezing temperatures.

I don't know if the presence of bees that are trying to find shelters in our gardens and homes during the time of Halloween has anything to do with the Halloween bee costumes, but the bumble bee costumes looks really cute and adorable for kids.

See below some of the best yellow and black striped costume accessories like tights or wings and full dresses with wings which come in different sizes and designed of kids of different ages.

Poodle is a cute puppy with curly, clipped coat. They are actually German, but became more popular in France over time.

Poodles have only a single layer of very dense fur which is shed very rarely. Sometimes the hair gets tangled, so it is important to properly cut and brush their long fur. They are really cute and adorable dogs which do not look scary, and so the poodle costumes are really a cute choice for Halloween.

Doesn't the below displayed poodle costume look too cute for a baby girl?

It is made of polyester and is available in many sizes ranging from 6 months and above.

If you are looking for cute Halloween costumes that also look a little scary, here are some great choices.

Which of the displayed Halloween costumes do you like the best?

These are so very cute! :) Pinning them onto my Halloween board. I wish I had seen them sooner . . .

VioletteRose, These costumes are precious. They are creative and colorful. Nature-themed Halloween costumes are simply adorable.

Thanks EmmaSRose, I agree the pink poodle costume is really cute.

I really like the focus on costumes that are not scary or have a very dark theme. These are so cute.

Queens, princess costume ideas for girls in colorful pink and red colors for ... 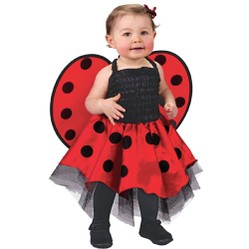 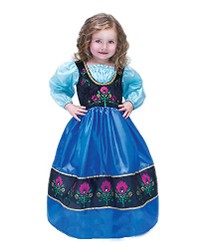 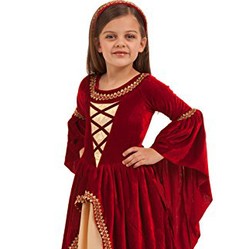