Although the Allies worked together under Supreme Commander General Dwight Eisenhower, the Americans had most to do with Omaha and Utah beaches

There was terrible loss of life at some of the landings and smooth operations at others. Things didn't always go well, and many men drowned leaving their landing craft, weighed down by the heavy equipment they carried, taking heavy fire from the defending forces of Germany on the bluffs and cliffs in front of them, and hampered by the dead and dying on the beaches when they did get there.

The landing on Omaha almost ended in total disaster.  The beach was a real trap for the American troops whose job it was to take it and who were cut down brutally in their first assault.  The second attack was equally disastrous and the beach was left strewn with the dead and wounded surrounded by their broken equipment.  Despite these heavy losses, the Americans eventually emerged victorious.

Point du Hoc was a strategic spot in the German defences, and against all odds, a troop of Rangers managed to get to the top of these 100-foot cliffs.  Their climbing ropes were heavy with seawater, the slope was slippery aand there was intense fire from the defenders.  The battle to the top was bloody.

Don’t leave the area without a visit to the Visitor Centre of the American Cemetery with its 9,387 tombstones, a place of meditation overlooking Omaha Beach which pays tribute to the sacrifice of the liberators.  The Visitor Centre puts Operation Overlord in its historical context as well as offering an approach to a better understanding of the D-Day landings and the Battle of Normandy.

The final landing sector of D-Day and the least bloody of all five sectors with only 200 dead.  Nevertheless, it was not an easy assault as it was defended by five powerful batteries.

Built on the spot where the American troops landed on June 6th, 1944,  the D-Day Landing Museum is the best place to get to grips with the momentous events of that day.  The story is told in ten sequences with an in-depth account of the history of the day from its planning right through to the conclusion, illustrated with artefacts, vehicles, and accounts of the day.

But the part of the Utah Beach landings that cannot be considered a success was the Airborne Divisions that were dropped above and around the town of Sainte-Mère-Eglise.  The drop was not precise and the loss of life, and the circumstances of that loss, is something the town still lives with.  Many who pass through the town are shocked by the fact that there is a dummy parachutist hanging from his 'chute from the church, in memory of the young men who did actually get caught on the church as they descended on the town.  Asked why they still keep this image the townspeople say simply, "Lest we forget".

Many were drowned, tangled in their parachutes, sank under the weight of their heavy equipment they were carrying, or got caught in trees and hung their helplessly waiting to be shot by the enemy on the ground.  One was even caught by his parachute on the steeple of the church and was wounded by the Germans as he hung there.  To-day, a dummy figure attached to his parachute, hangs from the church to remind everybody of the event: inside the church there are stained glass windows depicting the arrival of the paratroopers in the town.

The Airborne Museum in the heart of the town, (in front of the clock tower from which John Steele, the parachutist dangled), is the largest in Europe devoted to the American parachutists involved in the war.   There is a real glider and a C-47 aircraft in the Museum, both of which took place in the invasion of Normandy.

The Normandy Tank Museum if located between Utah and Omaha beaches and it has a large display of tanks, trucks, jeeps, motorcycles and other equipment used during the Second World War, and visitors are permitted to climb in and over a Sherman tank Destroyer.  A great toy for boys from 9 to 90!

Where are the war poets? the newspapers asked on the outbreak of the Second W... 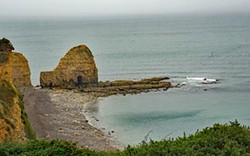 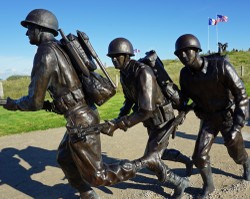 In this, the 70th Anniversary of the end of WWll, the events of 6th June, 1944, hold as much fascination as ever and visitors still flock to the beaches of Normandy.
47%  6   4 Maritravel
Poets 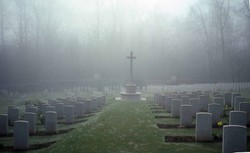 Where are the war poets? the newspapers asked on the outbreak of the Second World War. "Under your noses" said writer and critic Cyril Connolly. And so they were.
Loading ...
Error!