Dangers and Side Effects of the HCG Diet

In the 1950s a British endocrinologist working in Rome, named A.T.W. Simeons, discovered that giving obese patients doses of the hormone hCG--which is produced naturally by women during pregnancy to help divert nutrients from mother to baby--helped those patients lose body fat and weight and increase metabolism. Use of hCG for weight loss subsequently became particularly popular in the 1970s, prompting studies about the use of the substance in dieting and also warnings by the FDA concerning dangers and lack of proven effectiveness of the hormone for weight loss. To this day, it is not FDA-approved for dieting and the agency does not allow it's sale over-the-counter and only allows its use as a prescription if accompanied by a label that informs patients that the hormone has not been proven effective for weight loss or hunger suppression.

But that is how the hCG is touted as a weight loss miracle. That it allows its users to go on an extreme calorie-restricted diet and not be afflicted with extreme hunger at the same time. The diet has become popular again, but many people doubt the claim that the hormone does anything at all for weight loss and, in fact, say that it is dangerous to use it for that purpose.

The HCG diet requires that you fanatically restrict your calorie intake to only 500 calories a day for the first 8 weeks on the diet. This is less than half of what the body needs, minimally, to sustain itself. Normally recommended is 1200 calories a day for women and 1500 for men, for you to get the necessary nutrients for the normal functioning of the body. Anything lower than that depletes the body of necessary nutrients and forces it to scavenge the body, its organs (including the heart), to get what it needs. For this reason, one of the dangers of the HCG diet, and its deprivation-style calorie restrictions, is heart failure.

There is always a problem with diets based on extreme calorie deprivation. They set the body into emergency mode and effectually slow down metabolism and make the body store fat: Meaning you end up gaining more weight. This is why people often put on more weight when they come off of diets.

For this reason, diets such as the HCG one can trigger eating disorders, because of the compensation created by near starvation.

Other dangers of the diet include gallstone formation and an imbalance of electrolytes, because the body is deprived of minerals, which leads to problems with the muscles and nerves.

So, clearly all of the dangers of the diet are related to the fact that the body must struggle to get what it needs and steals it from where it can get it.

Side Effects of the Diet

One of the main side effects of the diet is extreme fatigue. This occurs for obvious reasons: Your body is not getting the needed calories for fuel and maintenance. You are exhausting your body and starving it. Along with this, on the diet, people experience a lack of mental clarity, headaches, dizziness, irritability and even fainting spells.

Other side effects include:

There is also a risk of enlargement and rupturing of ovarian cysts and testicular tumors. For those suffering from prostate cancer, it could make their condition worse.

Because hCG is a hormone produced during pregnancy, it can tamper with testosterone production and so taking hCG, for men, can cause Gynecomastia, which will make a man develop female physical traits.

The HCG diet is extreme. Those on the diet are allowed one protein, one vegetable, one fruit and one bread at meal times. This amounts to a piece of fruit for breakfast, maybe fish or lean meat and a vegetable for lunch and bread, fish or meat and a vegetable for dinner; all carefully kept at low calorie levels that are dangerous. Clearly the diet is not the smartest approach to dieting. You are better off eating a well-balanced diet without over-indulging and getting regular exercise. While it seems appealing to lose weight quickly--some people lose a pound a day on the HCG diet--it's not really worth the risk. 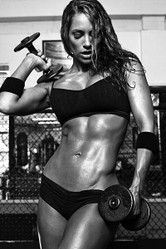