You have found cute Disney Characters on United States Postage Stamps. You can decorate the envelopes for your baby shower, birthday, and or wedding invitations.

They're also cute for just anytime.

Ordering postage stamps from Zazzle is easy and fun. There are lots of designs to choose from, and you can also customize the postage with added text if you like.

The stamps come in horizontal, vertical, and square options. You can choose your denomination, i.e. postcard postage, first class, etc. They are legal to use on United States mail.

Disney Stamps can be a fun addition for your party invitations, birthdays, and more 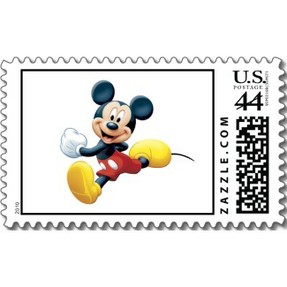 Party invitations and birthday cards are fun to give and receive, especially when they arrive with cute, fun, and famous Disney characters on the postage stamps.

Yes, I love fun, and I love seeing cute things in the mail, especially invitations and cards that have gone that extra step with enticing postage.

Do you find the Disney characters cute, fun, and enticing?

are Cute and Fun for any time of the year

Cute Mickey Mouse Stamps look so inviting. Is it a party, birthday wishes, love on Valentines, a marriage proposal; the choices are endless.

Mickey usually brings a smile; he is not only a bit mischevious, he also has an air of innocence about him. He also looks cute no mater what he is wearing.

It is more interesting than the regular generic postage.

Walt Disney is the creator of Mickey Mouse

Mickey Mouse was the first original character that Walt Disney came up with. Many of Disney's earlier characters were based on fairy tales of the time.

Walt had some mice that he had kept around his office, and he named one Mortimer. When Walt released the mice, one stayed; his name was Mortimer. Walt was inspired by Mortimer's antics.

Walt made a rough sketch of Mortimer and showed it to his colleagues.  Walt was excited to be branching out on his own, instead of trying to fit the confines of others. Walt's colleague, Ub Iwerks worked up a new drawing, and that was the original mouse drawing that we came to know.

Walt's wife did think Mortimer was the best name for this new character, and recommended that Walt come up with something different. Mickey was chosen.

Mickey's body shape has also since changed over the years; Mickey Mouse has become more rounded.

There are many cute Disney Character stamps to choose from.

Disney Character Stamps can also be personalized with text.

When one thinks of Mickey Mouse these days, they also usually think of Minnie, Pluto, Goofy, and of course, Donald Duck and Daisy.

When one thinks of Disney these days, they also usually think of Peter Pan, Winnie the Pooh, Alice in Wonderland, Toy Story, Cars, and more.

The original story of Mary Poppins was authored by P. L. Travers. Quite a few changes were added to the story for entertainment purposes, and has since become a classic.

Do you know the characters and scene on the following stamps?

You'll find the balloon house from Up, the Seven Dwarves, and Minnie Mouse.

Who is your favorite Disney Character?

There is too many great characters to choose from to pick just one.

Hands down, it's Mickey Mouse.

There are many more Disney Characters on Postage Stamps

If you're a Disney fan, you're probably wondering where all the other Disney characters are. They're just a click away. Disney has a store on Zazzle that you can browse anytime. Just click on any of the stamps above, and then type in the character name and stamps in the search box that you'll see at the top of the page.

Did you find what you were looking for? Find out how to search for more in the module right above.

SimplySara. You're welcome! Glad to be of help.

Rose. Thanks, children would love getting them on their mail.

They look adorable - especially on birthday cards to small children!

This is a GREAT gift idea for Disney fans. Thanks for the inspiration!

Awe shucks, no Disney stamps in NZ; how can that be? Glad you've got royal wedding stamps. : )

There are no disney stamps in NZ, but I currently am using royal wedding stamps.

Thank you Michey, Dianne, and WebWriter. It's good to see fellow Mickey fans.

Disney characters are adorable, I grow up with them and I love to use the stamps.
You present your post very well.
Thanks

It's wonderful news. The bride has found her prince charming. Will it be a fa... 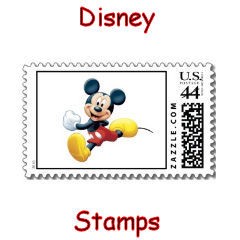 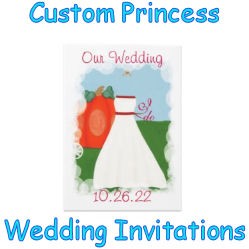 It's wonderful news. The bride has found her prince charming. Will it be a fairy tale wedding? These wedding invitations will help to set the theme.
46%  6   4 Marie
Party Invitations 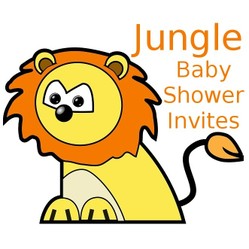