On October 4, 1539, the marriage treaty between Henry VIII and Anne of Cleves was signed by the Duke of Cleves. What was included in the treaty and why did the Duke agree to it?

On October 4, 1539, Anne of Cleves was officially promised to Henry VIII after the Duke of Cleves, Anne’s brother, signed the marriage treaty. This treaty would lead to the six month marriage between the German princess and Henry VIII and was the King of England’s fourth wife. Did the Duke of Cleves know the reputation that Henry VIII had gained with women? He must have done but why did he allow his sister to be betrothed to such a man?

The Financial Settlement for the Marriage to Anne of Cleves 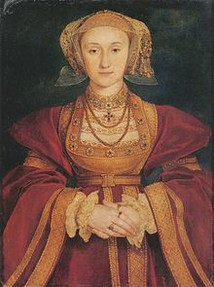 The marriage treaty did more than promise the young German bride to her suitor. It set out the financial settlement, among other important details. According to Retha Warnicke in The Marrying of Anne of Cleves: Royal Protocol in Tudor England, Anne had a dowry of 100,000 gold florins. The first payment would be made on her wedding day and was a total of 40,000 florins. The rest the Duke would pay within the next 12 months of marriage.

Henry VIII also promised a dower of 20,000 gold florins on a yearly basis. The dower was the share of the estate that a widow would be entitled to. Anne would only receive this if she remained in England after the King’s death.

If Anne did not have any children upon the King’s death and decided to go back to Germany, the dower would be 15,000 florins paid on a six month basis.

The journey to England for Anne would be at the expense of the Duke of Cleves. This was to be within two months, as long as it was safe. Considering Anne didn’t reach England until January 1540, it can be assumed that it wasn’t safe for her to travel right away. The King of England promised to marry her as soon as possible once she made it to the country.

Read More About Anne of Cleves

The Succession of the German Duchy

If the Duke died without children and went to the Duke of Saxony, the dowry for both Anne and her sister, Amelia, would be 160,000 florins. If it went to Anne, Henry VIII would have to pay the 160,000 florin dowry. The two would also go to the heirs of the two sisters.

Place Anne of Cleves on Your Phone or Computer

Why Would the Duke of Cleves Agree to the Treaty? 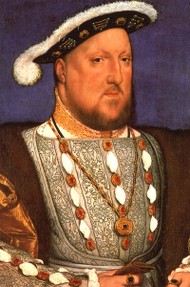 Considering Henry VIII’s reputation, it is a wonder that he found a fourth, fifth and sixth wife! It is a wonder why the Duke of Cleves would agree to a marriage treaty. Henry VIII had caused chaos in England by breaking away from the Catholic church as he did in 1532 in order to divorce Catherine of Aragon and marry Anne Boleyn. However, at least England was now a protestant country (at least on its way). Cleves was already a Lutheran state.

Yet, Henry VIII had caused more problems when he beheaded Anne Boleyn and then his third wife, Jane Seymour, died of childbirth. Surely the Duke, if not his advisors, would be wary of such a marriage. Henry could try the same on Anne of Cleves after the wedding night!

In fact, Henry VIII almost did try something similar. He wanted to annul the marriage within six months. His argument was that the marriage was never valid. They had not consummated it and Anne had a pre-contract, which was as good as a marriage. Luckily for Anne, she was—or her advisors were—smart enough to agree to Henry’s terms and accept the annulment.

The Differing Religions Between the States 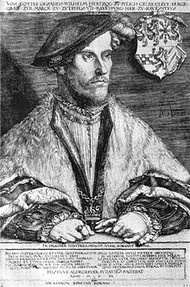 Another factor that makes it surprising that the Duke of Cleves would agree is that the two countries still had different religions. While they had both broken from Rome, England was following a Protestant religion and hadn’t quite gotten rid of all the Catholic parts. German was now following the Lutheran religion.

One of the duties of a wife was to conform to the religion her husband was. That meant Anne of Cleves would need to change from her Lutheran beliefs to the Protestant ones, which made the Duke of Cleves angry. He knew that had to happen so why agree if he didn’t want it to?

It is also possible that the Duke simply didn’t care about the religious views, really. Anne of Cleves had been previously betrothed to the Duke of Lorraine’s son. They were a Catholic family and Anne would have had to follow that religion if she had married him.

You're right, I can see the Anne Boleyn mindset. That's just a mid-life crisis exacerbated by the need to produce a male heir. Anne's paps were apparently worth it.

But by Katherine Howard, he already had Edward.

I've heard a theory (spoken in a pub, not a history book) that Henry went insane after a miscarriage followed the birth of Elizabeth. This seemed to the ultra-religious king that God was against him. It was a religious panic, which came out in murdering the source of his temptation, ie Anne Boleyn.

No-one deserved what happened to Margaret Pole, least of all her. I cringe whenever I remember it. By the time she was being hacked to death though, I can't imagine the British people pushing for a Plantagenet monarch. Early in Henry VII's reign, maybe, but not by then. That really was Henry being paranoid and malicious.

I'm not sure if he was mad or just so worried that he would leave England without an heir. By Katherine Howard he was possibly mad but Anne Boleyn...I really can't pass judgment. It's a difficult one since I have to put myself in that time.

It is scary how the Tudors went through the Plantagenets one by one. I really feel for Margaret Pole! She never had the best start in life and then she ended up as a traitor, just like her father! I wonder if the Tudors always knew that the Plantagenets had a stronger, more legitimate claim, and feared that the English people would rise up to put the Plantagenets back on the throne.

I don't think that Henry VIII needed much excuses by then. He was quite mad, wasn't he? But you are right. He really shouldn't have killed them for adultery.

I've been entrenched recently on how the Tudors killed off the Plantagenets, on some very, very shaky grounds. It wasn't enough to have beaten them at Bosworth, they slowly had to kill them all.

It's part of the reason why I always say neither Anne of Katherine should have been beheaded. They couldn't commit adultery if their marriages were annulled! Oh well, Henry VIII wanted the executions and he got them, despite any legal grounds.

*slaps head* Of course Catherine's marriage was annulled! I was only reading about that this morning, in a history of Richard of York. -.-

I didn't know that the marriages to Anne Boleyn and Katherine Howard were also annulled. That certainly made Mary and Elizabeth illegitimate.

Funnily enough, none of Henry VIII's wives were divorced--contrary to the popular rhyme. Catherine of Aragon's marriage was eventually annulled by Thomas Cranmer since it was considered never valid in God's eyes. Henry VIII also had his marriages to Anne Boleyn and Katherine Howard annulled.

Anne of Cleves was definitely the luckiest (in my opinion); even luckier than Katherine Parr but that is for other reasons. She was smart enough to go along with his wishes and it meant she was rewarded for that.

I thought I knew this story, but you always bring elements to the table which I didn't. I'd forgotten, for example, that they had an annulment, not a divorce. Anne of Cleves was definitely the most savvy (or lucky) of his wives. She got to live in luxury, with her own household, not bothered by a husband. And certainly not one like him! 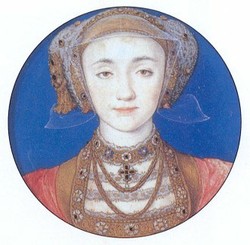