Edward Seymour: Prominent Man with a Long Way to Fall

Edward Seymour was the uncle of Edward VI. He rose in power thanks to Jane Seymour but soon lost it after poor management skills and a thirst for power.

On October 16, 1551, Edward Seymour was arrested a second time for treason. The first time was October 10 two years previous. The first time the charges didn’t stick due to a lack of evidence but the second time it led to Edward’s execution in January of the next year. It’s surprising how quickly Edward Seymour fell when you consider the prominent career that he had during Henry VIII’s reign.

Edward Seymour's career started out so positively. He was favoured by Henry VIII and it looked like he would be around for many years. Edward Seymour was the elder brother of Jane Seymour, Henry VIII’s third wife, making him the uncle of Prince Edward. Due to Jane fulfilling her duty in delivering a son and then dying before Henry could get annoyed or bored of her, Edward and his brother, Thomas, quickly rose in favour. Henry always remained positive about the Seymour connection—to the point that he was buried next to Jane in 1547, 10 years and three marriages after Jane’s death.

Edward was level headed but craved for power. He was also a good soldier and politician. Between 1542 and 1543, he gained the position of Lord Admiral and then between 1544 and 1546 fought in both France and Scotland for Henry VIII. He had a number of favourites in court and it helped him reach the top—all the way to the top by Henry VIII’s death in 1547.

It all seemed perfect for the older Seymour. He managed to make himself Lord Protector of the boy king, Edward VI, and kept that position for the next few years.

Edward was a Protestant believer but that didn't stop him from gaining in power. His views wouldn't have caused harm during Edward VI's reign had he just slowed down!

Edward made no secret of his protestant views. Despite Henry VIII having second thoughts about the move to Protestantism, Edward was a strong believer of the reformist religion, which put him in excellent standing with Queen Katherine Parr. It also helped shape the way for the next five years while Edward VI sat on the throne.

The young Edward had been raised with strict Protestant views and Edward Seymour encouraged him to follow them. John Dudley, who later became Lord Protector after Seymour’s fall, also had these Protestant views and supported Edward Seymour. Dudley also brought his military followers, which helped Seymour gain more respect and followers, keeping the likes of the Duke of Norfolk out, who had Catholic views and wanted the country to go back to the way that it once was.

One of the first things Edward did as Lord Protector was put Thomas Cranmer, the Archbishop of Canterbury, in charge of the religion in the country. It turned the country as Protestant as possible, which, in hindsight, may not have been the best option. However, Edward had Dudley’s support and the military would remain disciplined and keep the country on track.

Edward made a lot of quick changes and it didn't favour him. His friend and successor, John Dudley, watched as Edward made all the mistakes so he could take over later.

It was during his years as Lord Protector that the older Seymour lost the respect as others. He gained the reputation as failing to manage the country properly after two big mistakes.

The first was handing the port of Boulogne back to the French for a measly 400,000 crowns. Henry VIII had already made it clear that it would cost two million crowns after capturing the port in 1544.

The second was the attempt at betrothing Edward VI to Mary, Queen of Scots. Mary may have wanted to get her hands on the English throne in her later years but she was just four years old by the time Edward VI came to the throne; the English throne was definitely not on her mind. Mary was a Catholic Queen, with a Catholic government at the time. There is no way they would have agreed to the betrothal or switching to the Protestant ways—and England wasn’t about to switch back! It was a bad idea from Edward Seymour from the start and made now sense.

The Betrayal of John Dudley

John Dudley found the perfect time to betray his friend and get that spot he always wanted. 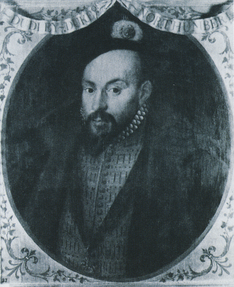 John Dudley saw an opportunity to gain the power that he wanted. He had followed Edward Seymour for his own personal gain but by July 1549 it was clear that the people weren’t completely with him. Edward was known for his radical changes while John Dudley was known for conservatism and this served him well in 16th century England.

John Dudley put down the Kett Rebellion; something Edward wouldn’t have been able to do because the people of the rebellion thought Edward was on their side. At the same time, Edward VI saw Dudley as the most powerful politician in the land. Edward was starting to lose the faith and respect of his nephew.

Edward Seymour had also lost friends through his antics. He wanted to build Somerset House, which led to many churches being demolished to create land. His radical changes were too much for the majority of the English people. He was alienating himself and too stubborn to change his ways to save his own neck. John Dudley had done the exact opposite by making friends and developing relationships that would serve him well in the future.

The Arrests of Edward Seymour

Edward Seymour was arrested twice. Maybe he should have learned the first time!

Edward Seymour got himself involved in a plot to put him back on top. He kidnapped his nephew and took him to Windsor Castle. What he planned to do from there is unclear. The government made it clear that Edward was never supposed to be Lord Protector—Henry VIII’s will never appointed one. The power he had gained was from their respect and that was now gone.

Edward was arrested shortly after this but was not convicted of anything. It is possible that being family to the King of England saved him. He was welcomed back into the Privy Council—although undoubtedly not with open arms—but it was clear that he was no longer the leader. His friend, John Dudley, had taken that position.

In 1551, Edward showed his true powers and involved himself in another plot. This time it was to remove Dudley from power. It failed, mainly due to Dudley having so many friends in the right places.

He was arrested on October 16, 1551. Most of the evidence was made up but good enough to try him for treason. Looking back, though, maybe kidnapping the King of England was enough to have him executed! He was lucky to keep his head back then. 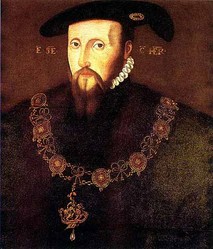