Britain's long and turbulent history has resulted in several regional identities besides the four that appear on maps.

England, Scotland, Wales and Ireland are known as the four nations. Add the Manx of the Isle of Man, situated between Britain and Ireland and you get a fifth. But within these four there are sometimes strong local identities based on a county or city and sometimes a sense of distinct ethnicity that generate intense local loyalties. In this article I will write about some of the more salient ones. I will concentrate on England.

Roses and the North

One contest that I  enjoy  watching on television is One Man and his Dog, jointly screened by the BBC and Telefis Erin.  Female readers should not think that it is an exclusively male manifestation of patriarchy, for there have been several women winners. The words are the first line of an old folk song. In this contest shepherds from each of the four nations compete to demonstrate shepherding skills. I cannot say that I am happy with the result, as England rarely win, but that's sport for you! However, since penning the previous sentence a miracle has occurred. A team headed by an English woman won the 2021 competition. In competitions like this local loyalties are eclipsed, but they soon spring back.

But within these nations strong local identities compete in sport. Roses matches pit teams from Yorkshire, England's biggest county, against neighbouring Lancashire. The contest is fiercest at cricket, but even at football, which has no inter-county competition, there is an extra frisson of excitement when a Lancashire team meets a  Yorkshire side. The rivalry goes back to the Middle Ages when the Dukes of Lancaster [red rose] fought for the crown against the  Dukes of York [white rose] in the bloody Wars of the Roses and warring bands fought across the Pennine hills that divide these counties.  The identities formed have left their trace.

But strangely, both combine in a sense of northern Englishness when contrasting themselves with the south of England. There are six counties in Northern England, five of which were part of the ancient kingdom of Northumbria [Cumberland was independent until the early Norman period, but at times was part of  Scotland.] A seventh county has in my lifetime increasingly been accounted part of the North. Cheshire, immediately south of Lancashire, receives northern television from the BBC and so, not with the universal consent of its residents, many of whom were raised to see themselves as midlanders, has fallen into the northern ambit. Modern communications are shaping identity.

Northern identity has never gelled into a cohesive political form, despite efforts to make it happen. A Northern English independence party had, last time I heard, only four members, and an attempt to institute a northern English assembly with legislative powers fell flat. We opted for a new system of powerful metropolitan mayors for the big cities.

Local identities at city level are strong at places in the North. Liverpool people, nicknamed Scousers after a popular dish called scouse,  have a distinctive accent which linguists believe is strongly influenced by contact with Dublin, across the Irish Sea, a city with which Liverpool has much contact. To hear a Liverpool accent just listen to the Beatles. Liverpool has an intense soccer rivalry with Manchester, thirty miles to the east. Identities here are strong.  A similar soccer rivalry occurs in the North East between Newcastle, whose people are known as Geordies, and Sunderland folk, known as Mackems.

Tartans are in most people's minds associated with Scotland, but how many people are aware that one English county has its own tartan, properly registered with the Lord Lyon in Scotland, who is the earl responsible for registration. It is not widely known that any subject of the crown is entitled to wear the Royal Stuart tartan, as the monarch is head of clan Stuart [I have never worn it]  but people born in Cornwall, England's most south-westerly county  have their own.

Cornwall has its own distinctive language, spoken as a second language by some enthusiasts. Linguists classify it as a Celtic language akin to Welsh, but more closely to Breton,  spoken in Brittany whence it was brought by British immigrants in the period after Rome fell, though in some ways, notably the use of the word an as the definite article and the possessive adjectives it resembles Irish.

While Cornwall is in England, many Cornish do not class themselves as English, but want to be accounted the fifth nation in the United Kingdom. The Manx cannot be classed as the fifth nation as their island is not part of the UK, but is a crown dependency, like the Channel Islands.

How did this situation come about? Let us go back to the time when the Romans left Britain. The island reverted to being a group of tribal kingdoms. Some were ancient tribes predating the Roman conquest, though strengthened by Angle, Saxon or Jute mercenaries; others, such as Sussex and Essex [South and East Saxons] were Saxon states; and there were in the north at Hadrian's wall surviving groups of Roman garrison troops who became independent tribal groups. Over the centuries of the  second half of the first millennium smaller kingdoms were swallowed up by larger ones, until only three large ones survived, plus the four kingdoms of Wales.

Cornwall was the home of the Kernow people. It was the last of the "Celtic" domains to be conquered.  It lost territory in Dumnonia [pronounced Devonia, modern Devon] to an invasion from neighbouring Wessex, leaving only Cornwall independent, then in the early tenth century Wessex completed the conquest. In 927 Aethelstan of Wessex [pronounced Athelstan] became the first king of a united England. Athelstan was interested in power, but not in expunging cultural identities or languages, so Cornish culture survived.

Cornwall survived as a "Celtic" culture because of its own native traditions and a distinctive economy based on tin mining, which made it unique in Britain. A distinct language helped along with a strong tradition of the county's producing top class fighting men. An identity rooted in the most ancient strata of British prehistory has thus survived into the modern age.

The past leaves its footprints in local identities. Let's look at Kent, England's most south-easterly county. The county takes its name from the Cantii, a Belgic tribe akin to the Flemish who dwelt there. The people of South East England were predominantly Belgic in prehistoric times and cannot be classed as Welsh. In Kent people of old Kentish families distinguished themselves as either a man of Kent, if they were born west of the River Medway,  which runs north through the middle of the county into the Thames estuary, or a Kentish man, if they were born east of the river.

This division goes as far back as 447 AD when the pendragon [high king] Vortigern  invited a tribe of Jutes from Denmark into Kent to bolster its defences against seaborne Pictish raiders. The county may have been partly depopulated by plague, leaving space for the incoming Jutes to settle east of the Medway, with the surviving men of the Cantii, men of Kent, living on the west of the river. Earl Hengist, the Jutish leader, consolidated his power by inviting the Cantian aristocracy to a feast where he murdered them. Animosities about this event are long forgotten, but identities persist.

A surviving identity anomaly occurs in places on the Welsh border with England at one or two places, with some residents on the English side saying that they do not feel English, but feel more Welsh. The anomaly can be traced back to Henry the Eighth who decided to  settle the disputed border between England and Wales by a royal command. He did it rationally by fixing the border along a ridge of hills. In geographical terms it made good sense, but it took no account of the sense of identity of people who found themselves in a country with which they did not identify. Henry did not take into account the propensity of identity to persist through time, as people whisper dissenting thoughts at their firesides. There is no political force to this sense of identity, it expresses itself in no campaigns, but it is still there.

We are an old group of nations created in conflict, and rulers good and evil have left their mark on our history. Currently centrifugal tensions in Scotland and Northern Ireland are threatening to sunder the union, but that is a struggle that cannot be dealt with here.

This made me smile Frank esp the North of England party with 4 members. Even smaller than the Yorkshire party.
I was particularly interested in your paragraph on the Roses and how the rivalries have continued over 500 years later.
Great article Fav Big Bro. Ty

Oppenheim argues that Danish [Viking] contributed only 5% of British DNA, and as Danes were genetically identical with Angles they merged with the Northern English. The only area where Vikings [Norwegian] left a trace in identity was Cumbria, where here is a folk memory of Viking descent, but the identity is Cumbrian, not Viking. Armada survivors did not come ashore in England, but left their genetic imprint in South West Ireland, where they were given haven. No other significant traces of Danes dominate an area.

Would you say that in some of the identities going back to ancient tribal identities, especially in coastal areas, there is a significant diluting of identities causes by Viking settlement and Armada survivors? And would these be on the scale of the Saxon incursion? And is there any region of significant Danish identity more or less intact left over from when Canute ruled much of Britain, or would that be outside of England? 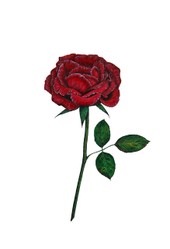 People have traditionally used rushes and other water plants for building and making utensils.
68%  16   4 blackspanielgallery
Europe