Escape from A Revolution - a Story by Ralpapajan

In 1968 the Czechs Rebelled . East German Troops were used to suppress the Uprising. Many innocent people - as often happens in War were caught up in the clash.

This short anecdote shows what it is like for an innocent person who, through no fault of her own, gets entangled in a deadly situation over which they have no control. Joule was one such person who was in the wrong place at the wrong time, She escaped but to do so cost her dearly.

Trapped and alone in a World gone mad

"Joule was a Hungarian. In 1956 as a child she fled Hungary with her parents during the Revolution. They ended up in Australia and now after 12 years she went back to Europe so that she could visit her grandparents whom she missed very much. In London she met and fell in love with a young Londoner. He was in the British army and was, apparently, a Corporal. They were very much in love. His service period was almost up and in October they were to be married and she would return to Australia with her new husband.

So with a great deal of confidence and a bright future ahead of her she left for Hungary towards the end of June. She had a fantastic visit with her family and then set off back to London and the man she loved.

On 21st August 1968 disaster struck. She was in Czechoslovakia at the time, only a few miles from the Austrian Border. By coincidence at around Midnight I was with my German boss, Gunther and his French lover Francoise a pretty, intelligent girl. We were in his Opel Admiral and the three of us were on the front bench seat with me in the middle. I think they must have had a domestic for the air was a bit tense. Gunther had decided to take us for a late dinner across the border in Czechslovakia.

Just before the border we rounded a bend and just managed to stop before running into an American tank. The cannon was lowered and it was inches from the windscreen directly in front of me. I could see the rifling in the barrel and drops of oil near the muzzle, we were so close. The East Germans had invaded near enough to the 30 year anniversary of a similar invasion just prior to WW2. The borders, we were informed by an arrogant American Lieutenant, had been closed.

The Austrian border was also closed and Joule was trapped inside Czechoslovakia. She was told by the innkeeper where she was staying the night that as an Hungarian, despite her Australian passport, she would almost certainly be detained for questioning.

The next morning a friend of the inn-keeper approached her and told her that for a price to be negotiated a Border Guard friend of his would smuggle her out of the country and over the Austrian Border. A meeting was set up for that evening.

All day she waited in her room with a heavy heart and in terror for she might never see her beloved fiancé in London again. Such was the fear generated by the invaders, backed by the Soviets.

That night she was taken to meet the Border Guard. She had a back-pack and she took from it all that was unnecessary. Feeling very apprehensive she was led into a dark room near the border post. She was prepared to pay all the money she had on her but when she heard the terms her heart sank into the depths of despair.

At this point she broke down and it was a long moment before she could go on and only did so at my urging to 'get it off her chest'. I never expected what was to come next for the price of the freedom she sought was that she have sex with the man and his colleagues. Five in all.

She stopped speaking and I asked her in a whisper what she had done.

She looked at me and I could see through her eyes into the depths of her tortured soul. Huge tears flowed from those eyes. “I did it,” she whispered and her eyes went almost opaque at the memory.

“That was gang rape,” I said, a useless remark but I was unable to articulate anything that would comfort her. The blue eyes became even more haunted and she said, “Not really. You see I decided that I could not just lie back and let them all just take me whilst the others looked on, so I made a condition.”

I will never, as long as I live, forget those eyes for in them I could see the very depths of a hell I never ever want to visit. I knew that there was more to come.

“I like sex,” she whispered into my neck, so softly that I could hardly hear her. “I thought that if I 'made love' to them, one at a time over the next day and a half, I could make it bearable by pretending that each one was Ralph.” She paused. “That was my fiancé.” I sensed from the 'was' what she was going to tell me, later on, how her lover had deserted her when he found out that she had sold herself to get home.

“It worked, “she said, “but a guard who was off duty was also included and the Sergeant enjoyed me twice.”

She shuddered. “At least,” she said, “thinking of Ralph made it bearable, and to my shame, I actually enjoyed it.”

She was handed over to the Austrians and within the week was back in London. Here she could not go on, and, my Rhodesian protective spirit came to the fore. I almost said that if she told me where I could find him I would kill him. Instead I said, “You told him and he ran away.”

She looked up at the venom in my voice. “No,” she said, “my landlady had accepted a telegram from the Army and kept it for me.” Her voice broke and I had to hold her tightly as her slender body shook with emotion. “He was sent to Belfast and was murdered by the IRA.”

She could contain herself no longer and neither could I. For a long time we sat there in the chilling air of early morning and sobbed quietly together, recovering our composure only as the new day dawned.

She left soon after for Australia and I did not stay in touch. She touched my heart and in that heart is the hope that I also touched hers and gave her comfort. To me she was the bravest lady I have ever met."

I love to get Positive feedback on my stories. I appreciate your comments.

Thanks Zelimir and Panny. Your words are appreciated.

Thank You Lynn and Panny. Your views are appreciated.

Very touching and somewhat painful to read, but at the same time it was beautiful to read of her moment of deep trust, when she was able to share her sad and intimate story of the horrors she had to endure for the sake of her survival and for the sake of her hope in being reunited with her loved one back home. To me, she was a hearo in her own life, because she did what was necessary and did not give up hope... her love for her fiancé pulled her through.

Rob, that was so moving and emotional. Thank you for sharing. 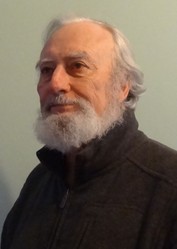 What happens when classic Shakespeare stories are recreated into alien space tales? Twisted fun with a little satire and a whole lot of laughs.
Loading ...
Error!