This page is about the history of the pixies, including interesting stories and a look at what the future may hold for them.

The humble pixie is a very misunderstood creature. Often confused with fairies, sprites and other creatures of the fae, they are in fact quite different. A lot of this confusion is the fault of Disney, who use the terms fairy and pixie interchangeably for the Tinkerbell character in Peter Pan. In fact the pixies have been at war with the fairies for quite some time. We will get to that later though.

Pixies were the first inhabitants of England. Occupying the western side, their main city was in Cornwall, although they spread as far east as Devon. Lovers of nature and the world around them, they lived in complete harmony with the world.

When mankind first entered into their territory the pixies helped them. However when man started destroying the land and their homes, the pixies started fighting back. This is where the tales and unfounded reputation of tricksters and dangerous creatures came from.

There is a great story from Otteri in East Devon, dating back to the time of early Christianity. A local vicar decided to build a church and commissioned a set of bells from Wales, with monks to escort the bells to the town.

The pixies, already angry about the building, now had a new fear. They knew that the bells would be very loud and scare all the wildlife and decided to do something about it. They cast an enchantment over the monks that turned them off the road and led them to the cliffs at Sidmouth. Just before the fateful moment when the monks would tumble off the edge, one of them stubbed his toe on a rock, bringing him back to his senses.

The bells were delivered to Otteri and installed in the church. That church, known as Ottery St. Mary still stands and each year the pixie story is re-enacted by local children.

The Pixie vs Fairy War

Fairies, with their insatiable appetite for adventure, first came to England with the Romans by stowing away on their ships. The pixies were at first quite friendly towards these newcomers. They both had a similar love and respect for nature. However the Romans had an appetite for timber, which had disastrous consequences. The pixies appealed to the fairies for help to drive these new humans away. The fairies however were long used to what man was capable of and refused to help drive out people from their own homeland. An irrepairable rift opened between the two races. This finally cumulated in a war at Buckland St. Mary, Somerset. The pixies were victorious, driving the fairies out. To this day the fairies will still not visit the three county area of the pixies.

With humans dramatically changing their land, pixies had to adapt or perish. Where once they had lived in burrows and among the trees in the forests, they soon took up residence under the floors of human homes. The traditional green and brown clothing was replaced with more modern clothing, made from scraps they could scavenge. They also learned to use tools and the arts of craft and building. As human technology evolved, the pixies evolved with it. In fact some pixies have proven to be far more advanced than their human counterparts. Many solutions have been found to problems with a little pixie help.

The pixie of today is a very different character compared to their forefathers. They have split into two distinct groups. Those that still cherish the old ways live deep in the forests. These are the keepers of the sacred sites. Unlike their forefathers they now live in buildings. Vast cities exist in the most unreachable places, where they can live in peace. Any human that stumbles too close to one of these cities soon finds themselves wandering in a completely different direction due to a pixie enchantment. This is why people, even those that know the area well, can get lost in the deep woods.

The second group of pixies have learned to live in a symbiotic relationship with humans and take up residence in their homes. Although most live under the floor, some have been known to inhabit the roof space and even the walls. These pixies help humans, although that is not always apparent. With their magical powers they can see a little way into the future. They will hide keys or other items to keep their human host at home, helping them to avoid a disaster. They take scraps of food and what they consider to be discarded items for building supplies as payment. This is why it is never a good idea to leave things laying around too long when you have Pixies living with you. They may disappear.

The two groups still meet at certain times of the year for sacred festivals. Occasionally a wayward pixie, who feels that they just don't fit in, will leave its home and travel to join the other group and learn its ways.

The Future For The Pixies

The future of the pixies as a race seems fairly bright. They have proven themselves to be quite adaptable to changing conditions. With the two groups that they have at present, they are well set up to protect their sacred sites from the destruction of man. Those that live with man have access to information and can send warning to the Forrest dwellers, as well as sabotage the humans plans and equipment. The Forrest dwellers, given the warning from the city folk, have ample time to place a whole host of enchantments on the place in question. Although they don't wage war, they manage protect their homes and way of life.

Fantasy Creatures - Dragons
Learn about the history of dragons, including the best theories of how they came to be and why they died out.

Fantasy Creatures - Fairies
This page is about the history of the Fairies, with interesting stories as well as a collection of amazing Fairy art posters.

Fantasy Creatures - Unicorns
Learn about the history of unicorns, the different subspecies, their habitats and why they died out.
Updated: 07/24/2011, standoutloud
Thank you! Would you like to post a comment now?
2

Lots of things I did not know about Pixis

Do you wonder about meanings and symbols in fairy tales? Classic stories like... 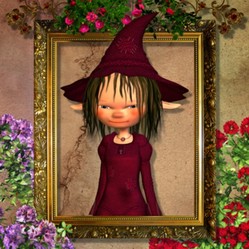 Hans Christian Andersen is famous author of fairy tales. Less known are similarities of his life with his fairy tales.
84%  10   5 Tolovaj
Fairy Folklore

Do you wonder about meanings and symbols in fairy tales? Classic stories like Bluebeard are loaded with them and here is a selection of some popular ones.
Loading ...
Error!