Feminine imagery for God in the Bible

God, according to theologians is neither male nor female. but few people know that the Bible uses female imagery to describe the deity.

Feminists often object to male dominated religions that present the deity as masculine and which by implication lower women to a subordinate position, and the patriarchal behaviour of many churches has not helped matters. However, a study of the Bible reveals that to regard God as exclusively masculine is unbiblical. There is much female imagery in the Old Testament, some of which goes back to the earlier years of the writing of Scripture. There is also feminine imagery in the New Testament.

The Image of God

"In the image of God he made them, male and female he created them." This statement is found in the first chapter of the book of Genesis, and it speaks of the creation of the first people, Adam and Eve. The Bible is not clear as to whether the divine image is found in male and female as a pair or equally as individuals, but the implication is that male and female are equal in reflecting different aspects of the divine nature. While it is at the beginning of the Bible, scholars think that this text was written about 450 B.C by a priestly writer, hence it is attributed to what is known as the P source. Sadly, males have been ignoring the implications of this text for centuries, but selective reading of the Bible to find what one wants to hear is quite a common problem.

To be fair, the church is not opposed to the use of feminine imagery for God. Benedict the Sixteenth, writing in Jesus of Nazareth Volume 1, agreed that God can be addressed as Mother, though he did not think it a title of God, as the New Testament does not use it. He only accepted titles given by the New Testament. Furthermore, the English mediaeval mystic, Dame Julian of Norwich, says "Our saviour is our true mother, in whom we are endlessly born and out of whom we shall never come." This statement is an accepted part of the corpus of Catholic theology.Furthermore, it is reported that Pope John Paul the First, who reigned but three months in 1978, was overheard to say to himself that there is more of mama than papa in God, but this has not been confirmed. I imagine that a few ultra-traditionalists were shocked, but no one else was.

As the Bible discourages images of God, nowhere is there an authorised visual image of the deity, so the common misconception that the Bible preaches an old man with a beard in the sky is a stereotype and a mistake which derives from the Cistine chapel  via cartoons. There is no exclusively masculine depiction of God given by the Bible.While the deity is described as appearing at one or two times, no specific image is binding on people of the Judaeo-Christian faith,

The earliest name for God is El Shaddai, the God of the Heights, which is clearly masculine, but when God speaks to Moses through the burning bush in Exodus 3 his name is given as Yahweh, meaning I am who I am. This name is gender neutral, though he is later described as the God of the Hebrews' fathers.

However, there are early texts in which God is described in feminine terms. In Numbers 11:12 Moses asks God whether it was he who had conceived the people of Israel, so the image of conception is found here, though the text is predominantly masculine in imagery. However, as this text uses the name Yahweh for God it is relatively early, probably about 910 BC. It is a start of the use of feminine imagery.

The eighth and seventh centuries

The eighth century prophets were the first writing prophets, so their words are better known than are the words of earlier prophets, such as Elijah. If you read the Bible seeking female imagery, you will not find much, as the gender of the deity is not a concern here.No prophet ever declared that God was male, they simply used the language available to them.  The twin kingdoms of Israel and Judah were facing crises, and much talk is of sin, idoilatry and war, so their priority was political emergency rather than abstract theology. But there is some material that is relevant to the issue of feminine imagery

Two texts spring to mind. Hosea, who wrote to combat idolatry in about the year 740, describes God as a mother bear avenging her cubs. Clearly he saw no problem in describing the deity in feminine terms, though he also used masculine imagery. Psalm 22:9-10, whose date cannot be adequately fixed, though it is probably from before 500 B.C.  describes God as a midwife to Israel,the role of midwife  in the ancient world being exclusively female.

There are some translation issues in the next text, Deuteronomy, particularly with the Jerusalem Bible translation. Deuteronomy, which means second law, purports to have come from Moses but was really written in the seventh century, about 621. In 32:12 it describes God as an eagle protecting its young. This was always the role of the mother eagle, though the Jerusalem Bible speaks of "its" rather than" her" young. This may be a concession to English usage, though I suspect that the translator wanted to play down the feminine. We in the West fail to see the power of this image, but when I was training for the Catholic priesthood we had a talk from a priest who resided in Israel, who had seen a mother eagle in action. While she flew round on guard, an eaglet fell from the nest, which was perched on a cliff, but she was down in a flash and swooped up the endangered chick in her talons, it was an image of raw power and love.

Deuteronomy 32:18 shows some ambiguities in translation. "You forgot the rock who fathered you" but the term for fathered can have a feminine counterpart when used of a female, and it means "bore", carried in the womb. Perhaps the writer was deliberately ambiguous.

The divine feminine in the Judaeo-Christian faith

The exile and afterwards

Despite desperate efforts by literalists to prove otherwise, scholars now accept that the book of Isaiah is an anthology composed of the works of Isaiah of Jerusalem in the eighth century and some of his successors, the most important two of whom are known as Deutero-Isaiah and Trito-Isaiah, meaning second and third Isaiah.These would be members of his prophetic band, which probably lived on after he had died.

Second Isaiah was one of the exiles from Jerusalem when the Jews were deported by the Babylonians, though he was most likely one of their children rather than an original exile, as he operated in the 520s about the time of the Persian conquest of Babylon, after which the Jews were permitted to return. His work covers chapters 40-55 of the book of Isaiah,  when Trito-Isaiah takes over. In chapter 42:14 God is described as a woman in labour waiting for the time to deliver Israel from servitude and in pain because of what was happening to his people through their own fault. In 46:3-4 God speaks of carrying Israel since conception in the womb, again female imagery.  In 49:14-15 the prophet compares God's just as a mother never forgets her child, so God never forgets Israel. This maternal imagery is often overlooked when discussing the image of God

From the early 400s one line in the book of Nehemiah compares God with a seamstress making Israel's clothes. Here the author found that his religious experience could be expressed poetically in feminine language.

The imagery in Trito-Isaiah, chapters 56-66, is disputable, as the image in chapter 66 of Israel being being born from the womb and fed at the breast more likely applies to Jerusalem, Zion, than to God. It was during the post-exilic period that the passage in Genesis that male and female are in the divine image was written. This indicates that the writer found, just as the other writers discovered, that an exclusively masculine image could not do justice to the religious experience of God's character.

It was during this period that the wisdom literature blossomed. This includes the writings of Israel's sages, its wise folk. Yet, while they were men, the word wisdom, Hokhmah in Hebrew,  is feminine. In Ecclesiasticus 1 we read " All wisdom comes from the Lord, she is with him for ever. " The personification of wisdom as female is an enduring theme in the Bible.

We know nothing about Jesus' inner consciousness, and all that we know is through the testimony, the experience of those who knew him and who stayed within his church after his resurrection and ascension. We do know that he described God as Father, though it is well-known among scholars that he said more to his disciples in private than he said in public. Jesus lived in a sexist society in which women were considered inferior, though he challenged the norm by having women disciples. For him to have publicly  spoken of God as mother would have terminated his ministry earlier than was the case.

The only passage in which we can clearly identify female imagery is Matthew 23:37 in which Jesus compares himself to a hen that would want to nurture its brood under its wings. This is the only passage, but in it we see that Jesus was not averse to describing himself in feminine terms. Yes he was bodily a male, but was his character exclusively, restrictedly  male? I think not.

Another passage is Luke 15:1-10 where  the parable of the Good Shepherd, which depicts God as male, is partnered by the parable of the Lost Coin, in which God's activity is imagined in feminine terms. Luke probably set these two together to counter any excessive masculine imagery for God

Yet the prologue of John's Gospel contains an interesting implication. In it Jesus is described as the incarnate Word of God [Greek logos] but Word was the vehicle of wisdom, God's feminine principle. So Jesus cannot be purely described in masculine terms.The risen Christ need not be regarded as purely masculine,  thus any group that thinks that Jesus can be exclusively represented by a male is seriously  mistaken. Both male and female may represent Jesus Christ on an equal basis.

Christians need to escape culture-laden masculine imagery. This is not to say that masculine imagery should be replaced, but we should cease to think of God in exclusively masculine terms. It restricts our depiction of the deity, emotionally starves us of a valid mode of expression and does an injustice to the feminine.

Wonderful article, Frank. I really enjoyed it, and some of the points are so memorable.

I agree. When the church became established under Constantine it took up the Roman misogenistic system that was based on the assumption that women were unfit to rule anything and certainly could not rule men. It was probably the biggest mistake ever made in the history of the church. Men have also hogged the priesthod as they want to keep the privileges to themselves. Yet another disaster.

Femininity in God - yes! How wonderful to find that possibility in the Bible, despite all the Christian men throughout the centuries who have considered only the masculine aspects of God. 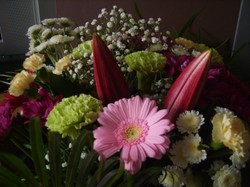 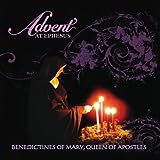