Flat-Out Love, Jessica Park's book about teenagers learning to love and cope with difficult situations is a really nice read.

I haven't written here about fiction in a while, and I have meant to write posts about happy books, so here's one about Jessica Park's novel Flat-Out Love.

I have written in the past about chick lit I liked and such things. Well, the truth is, I tend to gravitate towards fiction of more weight, so I find myself reading books which I can't read in one sitting because someone cuts off his hand to make a political statement (Wiley Cash, A Land More Kind Than Home), or because there's too much talk of illness and transience when I am looking for a fluffy novel with an easy, predictable yet fun story, or because the novel is a great, stark read about lots of hardships when I'm in a positively lighter mood myself. And so every now and then I look for that elusive "happy book" – which doesn't have to be all impossibly sentimental, but packaged so that the deal is sweetened just the right amount.

Flat-Out Love is such a deep, heartfelt book about the lives, loves, and hardships of teenagers. It's not a "happy book" but I would say it can be described as "comforting" despite the hard psychological terrain it explores.

Amazon advertised this book on my Kindle and I went for it. Apparently it was self-published at the end of 2002 and became quite a success story. There are 1,884 reviews on Amazon.com alone, where the book gets 4.5 out of 5 stars. That sounds about right. It's not very often that I pick up a light book and feel it deserves 4.5 stars, but this one does.

So what's it about?

Flat-Out Love is about a family, the Watkinses, and a girl, Julie, who comes to live with them during her freshman year in college. Soon after moving in with them, Julie find herself attached to the kids of the family: Matt, a geeky type who goes to MIT, Celeste, a thirteen-year old girl who has some psychological scars that Julie wants to learn more about, and Finn, the "adventurous son," whom Julie befriends on Facebook, and Celeste carries as a cardboard cutout ("Flat Finn") everywhere she goes.

The parents, Erin, a lawyer, and Roger, a university professor, are mostly absent, so Julie, Celeste and Matt, and, over the Internet, Finn, get to know each other better and care for each other. As one would expect, Julie also falls in love with Finn. The story is pretty straightforward for a while, while also subtly growing in complexity, as everyone becomes far more multilayered than one stereotype or another could ever encapsulate. Matt, for instance, seems geeky, but he's also a teen that is dealing with lots and lots of family issues. We get to learn more about him as the story progresses. I think Jessica Park did a great job of revealing this character to us.

Celeste is also more than we're led to expect at first, but I think her transformation is less believable. Still, I enjoyed her story too.

Then there's Julie herself, who comes with her own baggage. Nothing as big as the Watkinses', but when she takes on their problems as well, she gets into a deep end.

I enjoyed the book, so I won't give any more spoilers.

The book has a great pace and I found myself reading late into the night, to see how the book would end. It's probably not quite as good as John Green's "pitch-perfect" novel (as reviewers describe it -- indeed!) The Fault in Our Stars, but it's up there close.

Often looking at quotes or skimming a book (or, indeed, the sample Amazon provides) gives me an idea if I will like the writing.

So here's one quote, so you can get a sense of what the book reads like.

NB: Finn is that elusive son of the Watkinses, who travels the world and manages to make Julie fall in love with him over Facebook chats and status updates:

“Finn is our adventurous child. When he was eight years old, I came home from work one day to find him at the top of the telephone pole outside our house. The babysitter was talking on the phone and failed to notice that her charge had scaled up forty feet. I fired her, obviously, and when I asked Finn what had possessed him to do that, he told me that he’d been hoping to see into Ellie Livingston’s bedroom window.” “Trying to peek at a girl in his class?” Julie guessed. Erin laughed. “Her mother, actually. Mrs. Livingston heard about this and was flattered. She sent a tray of cookies over with a thank-you note. Finn was such an interesting child.”

Thank you. I try :) Glad you enjoy them!

Mira, You have a talent for writing interesting reviews that give just enough information to grab your readers' attention and make them want to follow through by reading the book or seeing the movie or even re-seeing a film already seen. 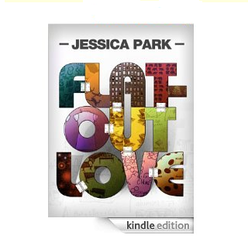 I LOVED Nick Hornby's writing in About a Boy. It was spot-on for the characters he created. About a Boy is a jewel of a book that reads extremely fast (now THIS is a page-turner!)
51%  8   4 Mira
Comedy 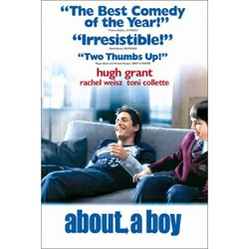 About a Boy (2002), with Hugh Grant and Nicholas Hoult: Movie Review

Wonderful small movie: great performances, a perfect pace, and a masterful selection of scenes and dialogues, building on an intelligent and vibrant book by Nick Hornby.
Loading ...
Error!