Foam Gliders are fun, inexpensive toys that have been popular with children for decades. These models are easy for children to construct alone or with a little help and are wonderful for encouraging play alone, in groups, indoors or outdoors. Playing with foam gliders is a great opportunity for parents to interact with their kids.

These toys make great party or Halloween favors or make inexpensive gifts for a variety of occasions.

These gliders are great for playing with in the garden, although on windy days flight will be erratic - a different kind of fun!

Let us start gliding with airplanes! The first foam gliders I had when I was young were simple aircraft like these. This assortment of foam airplanes are simple to construct and come in a variety of colors and shapes based on training and stunt aircraft from around the world.

The great thing about this large pack of cheap foam gliders is that parents can give them to the kids in ones and twos, so that when one glider gets damaged, or becomes dull, a new one can be produced and the fun continues.

Here is something fun; the price of bacon goes up with these novelty foam pig gliders! These silly grinning pigs have grown wings and can glide in order to escape their fate.

Pink bodies, grunting faces, a tail and feathery wings complete the flying pigs with the plastic weight ensuring that they glide the distance required. These are fun, novelty toys that provide an alternative to the more standard aircraft that is normal with these toys.

In the theme of flying pigs these origami "pigasus" models are worth a look. The video on the left demonstrates how to fold paper to create these "flying" pig models. They look cool, but unfortunately they don't actually fly.

When I was young I loved dinosaurs; what little boy does not? In fact I used to want to be a paleontologist! I was lucky enough to have all manner of other gliding toys, planes, birds, noses and suchlike but these dinosaurs would have been my favorite.

These dinosaur gliders make cheap, disposable party favors and little kids will love them! These dinosaurs come in a pack of twelve.

I have been an active birdwatcher since the age of 7 so bird gliders were something that my mother used to buy for me to play with, particularly when we went on holiday.

This assortment of bird gliders contains a variety of quite realistic looking birds which can be assembled easily and played with anywhere.

Bird gliders are a very cheap gift for a variety of ages.

I have written more extensively on these toys here - Bird Gliders.

Assembling foam gliders is easy enough for children of most ages to do themselves, follwoing the instructions on the packaging.

If you are required to assist, this should help you;

Once assembled you and your children will want to fly your glider as far as possible. However, you may find it just nose dives into the ground!

I have found that the simpler, airplane gliders fly quite well and the more complex designs require some adjustments for good flight. There are a few things to adjust to get improved flight. It is a question of trial and error to see what works and what does not.

If you or your children like butterflies then this set of butterfly gliders are nice. This pack of twelve foam gliders come a variety of different designs and sizes, to reflect the diversity of butterfly life.

How Well Do They Fly?

Judging from experience of playing with these types of gliders, but never having actually used these butterflies, it seems that it could be quite hard to actually get them to fly. However, they make a nice, inexpensive display item.

These cartoon-like insect gliders look like fun. As with the butterflies, these insects may take some adjustments to actually get them to glide, but they make fun toys just the same and can be used to make a hanging display.

This pack of twelve come in a variety of insect species, all brightly colored and with funny faces.

A lot of children (and adults) love Buzz Lightyear and this foam glider featuring the character from the Toy Story movies will be popular with all ages. From the look of the design this toy should be able to glide quite well; give it a try!

If you were looking for favors for Halloween parties then these are fun and original. These Halloween foam gliders come in a variety of designs including a witch, Frankenstein's Monster and Dracula.

This pack of 48 gliders makes sure there are plenty to give out and replacements as they get broken after boisterous Halloween play.

By popular demand I tracked down these Christmas-themed foam gliders to add to this page. Although the gliders are still in the shape of airplanes the printing on the side is of;

I am not entirely sure what the penguin has to do with Christmas but presumably it is easier to print on the side of these foam gliders than a reindeer.

A bit of fun for Christmas and a great stocking-filler.

Bird Gliders
Have lots of bird flying fun with this collection of feather-light polystyrene bird gliders.

Insect Gliders
Assemble these colorful insect gliders and play with them in the garden and indoors with friends and family.

Dinosaur Gliders
Put together these colorful dinosaur gliders and launch them to terrorize others in your garden or at parties.

I had not thought of that movie as a possible connection. Maybe they just got their geography wrong though and equated Penguins with the north pole?

Thank you! These foam gliders, especially the Christmas additions, are so crowd-pleasing!

The weather thus far is quite mild so I see that the bird foam gliders would work too. (Now if only there were box elder bug [Boisea trivittata] and brown marmorated bug [Halyomorpha halys] insect foam gliders since they're the only visible insects since fireflies left the first week of November...Just joking ;-D).

The Christmas penguin surfaces here quite a bit. Perhaps it would be connected with quite a popular film, Mr. Popper's Penguins, based upon the same-named book from 1938 by Richard and Florence Atwater; released in 2011; and still quite visible in Blu-ray and DVD purchases and in bookstore and library displays every holiday season since then.

DerdriuMarriner - Thanks for that, I have tracked down some Christmas-themed foamed gliders and added them to the page.

In particular, I like the bird, butterfly and insect gliders. In fact, I wish that I had read this wizzley before October-November since everything here would have been so crowd-pleasing for Halloween and Thanksgiving celebrations.

Would there be any Christmas-themed foam gliders?

My boys used to love playing with these simple and inexpensive gliders. I remember buying a huge foam one once and it was such fun.

Have lots of bird flying fun with this collection of feather-light polystyren... 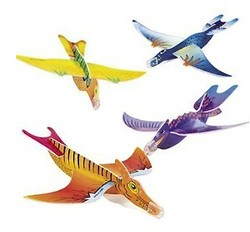 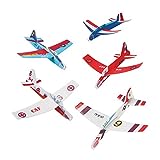 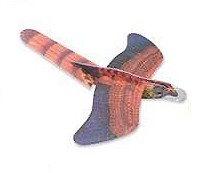 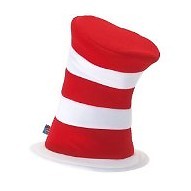 Dr Seuss party hats for kids can be found here, with Dr Seuss hats featuring characters such as The Grinch, Cat in the Hat and One Fish Two Fish.
Loading ...
Error!