Francis Dereham: Why Was He Executed?

Francis Dereham was hanged, drawn and quartered as punishment for treason but why was he convicted of treason? All his "crimes" were committed before Kathryn Howard married.

Francis Dereham was a young man under the employment of the Dowager Duchess of Norfolk, where he met Kathryn Howard. Very little is known about his childhood but there are many questions over why he was given a traitor’s death. Francis was executed on December 10, 1541, two months before Kathryn Howard, even though the “crimes” that he was convicted of were before Kathryn’s marriage to Henry VIII. 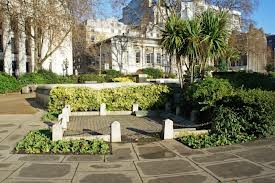 While Kathryn Howard was living with the Dowager Duchess of Norfolk, her step-grandmother, Francis was an employee. Some historians believe that Francis' original attention was drawn to Joan Bulmer, a friend of Kathryn's, but there is nothing clear to support that as fact. Whenever it happened, Francis laid eyes on Kathryn and they entered into a relationship.

Upon questioning, Francis admitted to having a sexual relationship with the fifth Queen of Henry VIII. The Dowager Duchess has caught the two together and sent Francis away; leaving for employment in Ireland. Francis openly admitted that there was a pre-contract between himself and Kathryn and that they agreed to be married upon his return. It was not his fault that Kathryn had forgotten about this pre-contract and had moved onto Henry VIII and Thomas Culpepper by the time he returned from Ireland in 1541.

Francis never had a relationship with Kathryn upon his return, which begs the question of why he was convicted of treason. By having the pre-contract, Kathryn was betrothed to Francis. This meant that the marriage between her and Henry VIII was invalid from the beginning. The two had also "laid together as husband and wife", which also supported the pre-contract and questions and validity of his execution.

When Francis returned in 1541, he first gained a letter of recommendation from the Dowager Duchess of Norfolk before seeking employment within the household of the Queen of England. It is likely that he just wanted to return to his bride-to-be and seek her love again. However, Kathryn had moved on; not only had she married Henry VIII but, by this point, she was starting a potential affair with Thomas Culpepper.

It is also possible that Francis was hurt by Kathryn's actions and wanted to gain power through blackmail. Whether it was because of blackmail or because she wanted him close to her, the young, naive Queen made Francis her personal secretary. Francis would have been able to use the pre-contract as blackmail. Kathryn would lose everything if Henry VIII realised that the marriage was invalid.

He search for power arguably led to his downfall. While he was smart, he was also an arrogant man. He must have known that Henry VIII was jealous and would have heard about the endings to the four wives previous - and then men surrounding Anne Boleyn's downfall - so he should have known to stay clear. His arrogance and search for power placed him in direct line should something happen to Kathryn Howard; and it inevitably did.

His arrogance made Francis boast about his previous relationship with the Queen of England. He was not quiet about his pre-contract and boasted how he would be Kathryn's next husband once the King died. Arguably, this should have been the reason for treason; it was a treasonous act to think and speak ill of the King of England. However, this action was not on the list of evidence when charging Francis of high treason.

In 1541, Thomas Cranmer left a note for Henry VIII about the possibility of Kathryn having an affair. While Henry VIII did not want to believe this, he asked the Archbishop of Canterbury to look into it and find out the truth. Unlike when Thomas Cromwell sought evidence against Anne Boleyn, Thomas Cranmer started his search with no prejudice. While he did not like Kathryn, he actually felt sorry for her by the end and wanted her to admit to the pre-contract to save her life.

During the questioning of Kathryn and Thomas Culpepper, Francis Dereham's name was mentioned. There were witness accounts of how Kathryn was "so in love with Francis that they would kiss and hang by their bellies together as if they were sparrows". his arrogance and talk of the pre-contract and Kathryn's love for him did not help matters either.

Francis was arrested on suspicion of treason and questioned. It is unclear whether the questioning was under torture. Since he was not a gentleman, torture may have been used to extract all information that the questioners wanted. However, he did confess to having sexual intercourse with the Queen before he left for Ireland and the pre-contract. Unfortunately for Francis, Kathryn refused to admit the same thing.

It is a shame that the young Queen refused to admit to this. She would likely have been scared that she would lose so much by admitting such a thing but it would have made her marriage to Henry VIII invalid and may have eventually saved her life; and that of Francis Dereham and Thomas Culpepper.

Francis made it clear during questioning that Kathryn's affections were no longer for him. He mentioned Thomas Culpepper's name, which meant that he was drawn into the questioning. However, the fact still remains that Francis' actions were before the marriage to King Henry VIII. There was no grounds for treason; the treasonous act that was committed was never mentioned.

So Why Was Francis Dereham Executed? 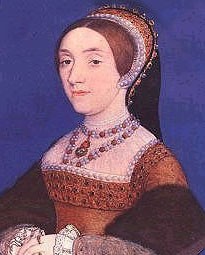 Not only had Francis not committed adultery with the Queen of England while in her employment, he had a pre-contract with his, which invalidated the marriage with the King. Before Kathryn was executed, a new bill needed to be passed so that those who did not tell the King of a potential Queen's past indiscretions within a certain period were guilty of treason. This would have made Francis guilty but the bill was introduced in 1542, two months after his death.

It is possible that Francis committed the crime of blackmailing the Queen. This is unproven and was never mentioned during questioning, so that could not be the reason. There is also the possibility that his arrogance was partially to blame but did it still warrant a traitor's death? Being hanged, drawn and quartered was the worst way to be executed and was extremely long and drawn out.

Francis was convicted to death but wrote to Henry VIII to ask to be spared the full sentence. This was rejected and he was dragged through Tyburn on December 10, 1541. He was then hanged and his organs removed before being beheaded and cut into pieces, which were sent to the four corners of the country.

Did poor Francis deserve such an end? Is it possible that Henry VIII really was just jealous of Francis' previous relationship and humiliated to find out that his "rose without a thorn" was not as innocent as she seemed? It's a shame that we can't go back to find out Henry VIII's real reasons for sentencing Francis Dereham to the worst execution imaginable for the time.

Henry VIII really didn't need much of a pretext in order to have someone killed. Very scary times!

It's scary to think of how many innocent people were executed because of the wrath of Henry VIII. Thanks; I'm really glad you enjoyed it. Plenty more to come soon :)

How chilling to imagine living during such times of execution for such matters. I saw the image and just had to read. Well done! Look forward to reading more of your work. :)K 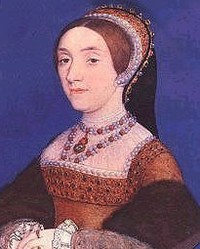 Anne Boleyn and Katherine Howard: The Causes of Their Downfalls
50%  0   1 AlexandriaIngham
Tudor Period