Learn about the fifty states of the United States with these fun and educational games and hands-on activities.

Learning about America doesn't necessitate boring map worksheets and memorization drills. A lot of geography can be absorbed in enjoyable ways such as puzzles, games, and other activities.

Every American Child Should Know the Geography of the USA

Learn Through Fun Activities and Games

For example, children who like to color will enjoy this wall poster which is a map of America. On the map are special landmarks, monuments, and geographical features that can be colored in. The kit includes an activity book with facts about the states plus some markers for coloring.

Destination USA is a board game that takes players on a trip around America, collecting state chips and destination cards to win. This game is suitable for ages 8 and up.

Playing games makes learning fun. The same kinds of geography facts learned in a (boring) homework format become delightful when presented in the form of a game. A does of healthy competition against a parent, grandparent, or sibling suddenly makes learning enjoyable.

Scrambled States is a favorite game of ours. My daughter learned a lot of facts through playing this game over and over:  capitol cities, state outlines, general American geography. The clever format and quirky design makes learning geography humorous. For example, the states are drawn with eyes and noses. Some of them have hats or eyeglasses. The game incorporates these silly elements along with the more academic facts of geography --which states border each other or state nicknames.

10 Days in the USA is the American version of the 10 Days series of games. The idea is to plan a trip that takes you across the nation in ten steps, indicated by cards. Arrange your cards in a logical progression geographically and by using appropriate transportation. The map is the game board and has to be referenced repeatedly during play.

This 100 piece puzzle is unique in that the pieces are state shaped. So not only do you have the visual spatial fun of a jigsaw puzzle but you also can learn the outlines of the states and how the states fit together to make the nation. The physical act of handling the shapes, sorting them by region, fitting them together, and rearranging them is a wonderful hands-on way to become familiar with the structure of the fifty American states.

By dividing up the state pieces into groups, you could create quick map drills or sorting games.

Make Your Own Geography Games

Make impromptu games by printing out some state outline pages (see links below). Lay the pages on the floor, and have children jump to the states that answer the questions you ask:

Living Geography for Homeschool
Suggestions for teaching geography from a Charlotte Mason perspective.

Sheppard Software Online Games
Play these free online games to learn the locations of the states or memorize the states and their capitols.

Using Map Drills for Learning Geography
A simple way to foster memorization of maps and geography through short, daily drills.

Crayola Coloring Pages for the 50 States
These attractive printables have state outlines plus facts about each state.

Hands-on Activities for Ancient Egypt
Encourage a fascination of history with gifts and toys that explore the culture and mythology of Ancient Egypt. Use these products to add a hands-on element to your unit study.

Games for Homeschool Language Arts
There are board and card games that develop language arts skills while providing family fun. Stock your homeschol game closet with a game to exercise the verbal part of the brain.

Storytelling for Language Arts Development
Creating imaginative stories is not just fun, it's a great way to develop literacy skills in young children. Use these aids to help you and your children make up stories.
Updated: 02/24/2012, Jimmie
Thank you! Would you like to post a comment now?
3

what fun this looks!

If you teach your children at home, you probably use a lot of pencil lead in...

Apply some chalkboard paint to an area of your homeschool room to create an i... 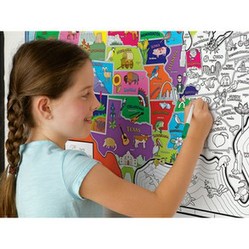 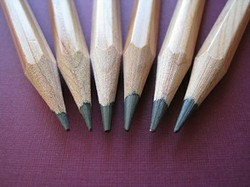 If you teach your children at home, you probably use a lot of pencil lead in a single day. Keep those pencils sharp with a dependable pencil sharpener.
38%  3   4 Jimmie
Homeschool Resources 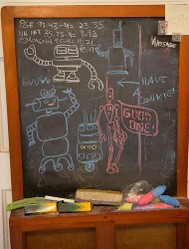 Apply some chalkboard paint to an area of your homeschool room to create an instant learning station or memo board.
Loading ...
Error!