Some gardens thrive despite the conditions due to the skill and dedication of those who tend them.

The Garden of Eden is mythological, but the image of a place where humans dwell in comfortable harmony with nature lurks partly in hope in the human psyche, but Eden is never to be recreated. Those of us who garden will always face difficulties, and these can change year by year. I have said before that my plot is windy, and I dwell in North West England, a windy place prone to rain. But there are gardeners who face severe heat, and others who face rocky soil, and sometimes a combination of bad conditions that daunt many less enterprising souls. But life finds its niche and so something of a garden can spring up even in difficult places.

The image above,courtesy of benyofr, shows Skellig Michael, the starkly jagged isle where a community of monks dwelt and produced a small, productive garden.

It is not the first time in which Dustytoes has set me thinking, and this time was when she commented that plants would grow but slowly in the summer heat of her Florida home. I began to think of people who have gardened in conditions harsh for some or all of the year. In the thumbnail above you see Skellig Michael, off the lovely coast of Kerry, where until the thirteenth century a small community of Irish monks lived quietly, producing food for themselves from a small garden walled on the side to prevent accidents and with soil made from seaweed, compost and dung.  It was not failure of the garden that drove them off, but climate change that saw winter storms sending waves over even the top of the isolated rock. But for several hundred years the garden thrived and fed them.

The problems in  a garden occur when soil, water, heat and wind are not what the gardener  needs. I was talking some years ago to a young man, a colleague of my son at agricultural college, whose father was a head gardener on an estate in North East Scotland, an area which suffers cold winds driving down from the north east, always the coldest wind in Britain. Try as he might, the head gardener could not grow pear trees there, yet  a hundred miles south they grow well enough. The pear needs conditions warmer than apple trees do, so the cold and the wind were too much for it. Solution, don't grow pear trees there. Gardeners need to know when a plant is not suitable for their conditions. There was a case recently when Adam Henson, a farmer who appears weekly on television, tried to grow rice in a greenhouse in South West England,which is quite warm compared to other areas of the county. But he failed, because although he controlled the heat, the light levels were not sufficient for rice.

Yet the Queen Mother, the mother of Elizabeth the Second, had a lovely garden in the grounds of the Castle of Mey, on the north coast of Scotland, which she bequeathed to the Castle of Mey Trust on her death and which is now at times open to the public. The castle is subject to fierce winds and cold, but her gardeners created a micro-climate within its walls, using the high castle walls to shield the plants from the wind, so  now it thrives with flowers. So the secret of gardening in difficult conditions is either to grow plants suitable for the area, or to create a micro-climate that suits the plants that you want to grow.

Beth Chatto, an expert gardener, lives in Essex, England's driest county, in the South East of Britain. She created the dry garden, made up of plants that needed little water. She also used mulch, in this case made of stones,that covered the soil and retained what moisture there was. Her book, The Dry Garden, is a record of her endeavours and is a gardening classic. Yet in North West Scotland the magnificent Inverewe Gardens  was created on an infertile piece of rock by the sustained endeavours of the laird, Osgood McKenzie, whose men spent years transporting soil to the rocky place and planting trees, shrubs and flowers to the garden to take advantage of the fact that despite being barren, North West Scotland is blessed by the warm waters of the North Atlantic drift. So  another secret is to take advantage of what you have. And then you need to work at it. Talent plus effort equal success.

Occasionally I run into hot, droughty conditions, but I am generally fortunate in that they are rare where I live. I have certainly had none this year! In hot conditions it is important to get your watering right. Do not water the plants during the day if you can help it, but do your watering in the mornings and the evenings. If you water plants during the day the water can evaporate off the leaves, and sometimes the droplets act as a lens in hot sun to burn spots onto thee plants. But ideally you do not water the plant at all, if you can help it, as the best way to conserve water is to water the soil around the roots. This way you preserve the precious resource and focus it on the plants that you want, and that makes life more difficult for weeds. I never pour water onto the leaves in the greenhouse, but always water the soil in the pots. I often do this  with seaweed meal  or tomato feed mixed into the watering can, one bottle capful at a time.

But there is a case for selecting plants for dry conditions. There is much to  said for selecting Mediterranean plants to create a Mediterranean garden. There are several herbs such as basil and coriander which thrive in a a garden of this type. Fruit trees such as dwarf olives, peaches and apricots also are at home there, and who can forget grapes! The Mediterranean garden has a surface mulch of stone to retain water, but often it is a paved surface on which the plants are grown in large containers, which preserves precious water resources.

But hot,dry winds can dessicate a plant,just as cold winds can  chill it. Protection against wind can be vital in some areas, especially near the coast where winds an be salt-laden. Shelter belts composed of tree and shrubs between the plants and the prevailing winds can be useful. For example, there are beautiful gardens in Cornwall, in England's South West, that thrive behind a shelter belt, protected from the salt in the winds. Such belts should contain salt tolerant plants.   Walls can serve a similar purpose, but  surprisingly, semi-permeable structures often work better, as the wind passing over a wall becomes turbulent and in some circumstances can cause damage. But a mesh screen cuts wind velocity down to forty per cent of what it was, and this lessening of wind speed cuts down the wind chill of a cold wind and/or the dessicating effect of a hot one.

But in cold conditions you need protection, so outdoor plants need a polythene or fleece tunnel and sometimes a heater underneath it. Some gardeners take tender potted plants indoors for winter. But you should never be complacent.For example, Broccoli is hardy to minus 18, but one night years ago I lost my broccoli crop when the temperature fell for one night to minus 21, the lowest temperature that I can recall. But greenhouses need heating and so sometimes a heater is useful on Spring nights when you have tender plants or seedlings.

If you are growing on a hillside, then avoid frost settling by having a break in your fence at the bottom of the garden, so that cold air can flow downwards rather than settle. This is  a way of avoiding what are known as frost pockets. You cannot always beat them, but on slopes you can use the tendency of cold air to flow downhill to your advantage.

Preserving water in your garden is vital in hot conditions, and the best way to do this is to keep the soil well watered, as explained above, but also use mulch. A mulch is any surface covering, but there are different kinds of it. Leaves,compost, dung, cardboard or wood chip or even gravel can hold water below the surface and prevent evaporation. You need to be alert for warning signs. A plant with drooping leaves may be losing its water, and as the turgor pressure in the steam falls the whole plant begins to droop. This process can be reversed by watering until it reaches the point at which the plant's health is  fatally damaged by the lack of water. Regular checking of plants is the only means to prevent this problem.

In severe droughts be careful of trees, for a problem little known to the general public can occur. This is that trees stressed by drought can suddenly shed a bough, and it can be a heavy one. It is a natural defence reaction due to water's being withdrawn from the bough to protect the  tree trunk.This is a process very different from the winter sleep of deciduous trees, and during a very dry, droughty summer  a few years ago it led the world renowned arboretum at Kew to reluctantly close some of its walks to the public for safety reasons.

Yet the opposite problem is waterlogging, which can be short term or permanent in some soils. If its permanent the soil is damaged as it is starved of the oxygen that makes plants grow. The ways to  deal with any waterlogging include drainage. It is possible to  create a sump, a pit filled with rubble to which subterranean drainage pipes  lead. Even creating an artificial lake on your land can take up excess water, though the lake should have  a drainage channel out of it. It is possible to create an area around the pool that can be a bog  garden,and in this you can grow cranberries.

However, raised beds are the solution to many problems. They take the growing area above the defective soil and make for a growing area whose soil is warm in winter and spring. It needs a flood to waterlog a raised bed, and they have proved very useful to many gardeners.

Most gardening problems can be solved, the technique being select your plants well and then manipulate the conditions. For example, my Portuguese daughter-in-law, wants  sweet potatoes from my allotment. There is no way they will grow in the open in chilly and wet North West England, solution, research varieties that grow best here and then grow them under glass. Sounds simple doesn't it? Watch this space for results next year.

The old men told me that I would never succeed, but I did. One sweet potato out of five produced a small crop.

frankbeswick, Thank you for practical informations, pretty pictures and product lines.
What has happened about your daughter-in-law's sweet potatoes?

A Garden Made Simple

Having a garden can give much pleasure, but not everyone is a skilled gardene...

How to Grow Mushrooms

Mushrooms have been shown to promote a healthy immune system. They also add g... 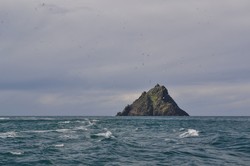 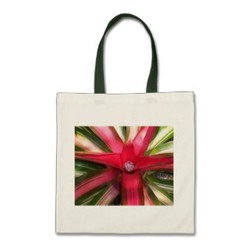 A Garden Made Simple

Having a garden can give much pleasure, but not everyone is a skilled gardener, nor does everyone have time to properly plant a garden. Garden roll outs solve those problems.
100%  41   12 sheilamarie
Garden Ideas 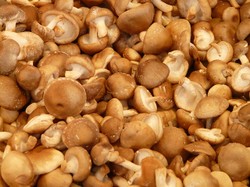 How to Grow Mushrooms

Mushrooms have been shown to promote a healthy immune system. They also add great taste to our foods. Here's how to grow mushrooms at home, either indoors or out.
Loading ...
Error!