How to Get Rid of House Ants - What Worked For Me

Here's how we were finally able to get rid of ants that were coming into our house.

Do you have ant problems in your house or where you work? Have you tried to get rid of them without success?

We used to have ant problems, especially in our kitchen. Nothing worked well for eliminating them. We would kill individual ants, and try to keep our kitchen free from leftover food crumbs, but more ants would show up on our counter tops, in our dishwasher, and in our garbage.

Then we tried Terro Liquid Ant Baits. This has worked like a charm for us! Maybe this will work for you as well.

Ants in the House!

Not welcome spring (or summer) guests!

Ahhh, springtime!  Early signs of spring in our area include crocuses and daffodils blooming, leaves starting to emerge, more birds singing and butterflies flying.....and....ants finding their way into our kitchen again.

In early spring we start seeing ants in our kitchen in search of any food crumbs we may have neglected to clean up.   These are mostly carpenter ants, but we occasionally see smaller ants as well.

I also start seeing springtime ants in the studio space where I work.  These are much smaller ants than what we have in our house, but they're not any more welcome than the carpenter ants.

Each year I've tried different methods of getting rid of the ants in both locations, but without much success.   The studio ants eventually disappear without my help (our landlord sprays around the perimeter of the building when he gets too many ant complaints from tenants), but the carpenter ants in our house are unwelcome guests for longer during the spring and summer.

This year, I've FINALLY  found a solution that seems to be working at both locations.

We've tried a few different methods over the past years for eliminating ants in our house.   These are mostly carpenter ants which are about 1/2 " long.

We think these carpenter ants are coming in from outside since we haven't seen or heard evidence that they're living in our walls, but we hadn't been able to figure out where they're getting in.  We've caulked around areas that look questionable, and dusted the outside perimeter of the house with diatomaceous earth (used for controlling ants and other insect pests).   We've tried Raid ant baits both inside and outside of the house.

We were still getting ants in the kitchen during the spring and summer.

This year I picked up Terro Liquid Ant Baits to try, partly because they're filled with a borax compound, which isn't as toxic to humans and pets as many of the other ant baits on the market.

They come pre-filled with a sweet, syrupy liquid with 5.4% sodium tetraborate decahydrate (borax) as the active ingredient.

This is safe to use around children and pets, although of course you want to keep them from eating the bait!   But borax isn't a highly toxic chemical, and it's been safely used for many household purposes for years.

And Did the Terro Liquid Ant Baits Work?

Yes! They worked amazingly quickly for us!

First I tried Terro Liquid Ant Baits in my work studio.   I bought one package of 6 pre-filled trays, and placed two along the wall where I was seeing the small ants....then I went home.

Later that day when I returned, there was a steady stream of small ants to the first tray, and a few who had made it past the first to the second tray.   These ants thought they had hit the mother lode of sweet goodness for themselves and their colony!   They continued to feed heavily from the trays for about a day, and the next day just a few stragglers were left.   The day after that I only saw a couple ants, and I haven't seen any since.

Wow!  Amazing!    Now to try this at home!  Does this work with carpenter ants?

Oh, I wish I had remembered to take photos of the carpenter ant frenzy around the Terro Liquid Ant Baits that I placed in our kitchen!

I just assumed that the ant baits wouldn't work in our house (because nothing else had), but I figured what the heck, it's worth a try.

So I placed two Terro Liquid Ant Baits on the counter top where we've seen most of the ants...and...waited.   Nothing happened for the first couple hours, then I left the house for awhile.  When I came back, the counter top was swarming with excited carpenter ants.  From the steady stream of ants we could easily see where they were coming into the kitchen, which was a great bonus.   Now we can caulk that area.

The next morning the two traps were mostly empty, with just a few ants still hanging around so I replaced the baits with two new ones.   Only a few ants showed up that day, and just a few individual stragglers since then.

These YouTube videos and the photos below show other people's experience with Terro Liquid Ant Bait.

Tasty treat is carried back to the queen ant

Ants that like food crumbs in our house, especially sweet food, are drawn to the Terro Liquid Ant Baits, which are filled with a sweetened syrupy liquid formula with borax which is a slow-acting poison for ants.   Ants take this tasty treat back to share with the rest of their colony, including the queen, who is then also poisoned.   No more worker ants, no more queen, no more ant colony!

Eating borax causes a build-up of gas in the ants.   They can't get rid of the gas, and they die.  Ants die 2 to 4 days after eating the bait.

We saw results in two days.   People with heavier or more numerous ant infestations have said it takes longer for them to see results.

After Ants Are Gone Inside, Control Them From Outside

After the Terro Liquid Ant Baits have done their work inside, which can take anywhere from a couple days to a few weeks for larger infestations, consider adding outside traps or granules around the perimeter of the house, to keep ants from returning.

You can use the regular Terro Liquid Ant Baits outside but Terro also sells outside ant baits filled with the syrupy borax mixture, and bags of ant killer granules that use the insecticide permethrin.

Although the permethrin probably works in most cases, the user reviews are better for the borax syrup mixtures.

What Has Worked for You for Ant Control?

Ha :-) Yes, I bet the ants don't mind an upside down ant trap at all -- they seem to go nuts over the sweet syrupy bait.

I love the Terro ant bait and you are correct - it works! I was putting them out upside down at first, but they still worked. DUH... I always keep them on hand, but they do last a long time.

Thanks, Tolovaj, for your comment. I haven't tried the do-it-yourself methods yet, but as you say, the idea is the same. Luckily the ants haven't been bad enough to consider moving, either out of our house, or my work studio :-) And I haven't seen more than a handful of ants in either place since my "treatment" (wait til next spring, though...)

I just moved to another apartment!

No, seriously, killing the queen is the only way to win. I heard about similar bait, but it was do-it yourself option: you have to mix borax with sugar (3 or 4 parts of sugar and 1 part of borax). The idea is the same. Workers should give this to the queen. I heard you can use baking powder instead of borax and it is also worth a try. But if you live in a large building with many apartments and many colonies already spread everywhere, moving to another place doesn't look so bad after all...

We fight this battle every spring. Diatomaceous earth is our main weapon. I'll have to try this one.

Useful tips. I try not to worry about them, but they can get you down!

Yes, I figure ants in the house are just a fact of life, especially where we live. But at least we've been able to reduce the number coming in this spring! I see just the stray ant now, and not any for the last 3 - 4 days.

Who doesn't have issues with ants coming into the house. It seems no matter how hard I try to eliminate the reasons and paths as to why and how they show up anyway. Thanks for the great tips on getting rid of house ants.

It's great that you don't have ant problems now, ohcaroline! I'm hoping we'll be remaining ant free for longer now.

I could have used this information in the past...but don't have any problems now. I will remember this though should I have a future need. Thanks for the information.

How to get rid of a Rabbit in the Garden

Need to learn how to get rid of the Rabbit destroying your garden before it d...

Live Ladybugs: Killers In Your Garden

If you have been wondering how to keep your garden pest free without having t... 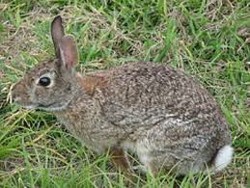 How to get rid of a Rabbit in the Garden

Need to learn how to get rid of the Rabbit destroying your garden before it drives you crazy,
38%  3   4 indiablue
Pest Control 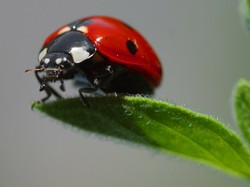 Live Ladybugs: Killers In Your Garden

If you have been wondering how to keep your garden pest free without having to use nasty pesticides, then I have the answer for you.
Loading ...
Error!