Do you know someone who loves Indian food, and is interested in learning to prepare it at home? This gift guide will share a variety of ideas related to Indian cooking and cuisine.

The cuisine of India is a diverse collection of regional specialties featuring complex spices, local vegetables, fruits and herbs, and influenced by long-standing religious and cultural traditions. Outside of India we may be familiar with popular dishes like Vinadloo curries, Tandoori chicken and samosas, but these are only a small (and often non-authentic) sampling of the flavors and diversity of true Indian cuisine.

If you know someone who loves good Indian food and loves to cook at home, you can gift them with many items that will help them learn more about this wonderful cuisine and how to prepare it for herself. From traditional cookware and introductory cookbooks to spice selections and gift baskets, there are many possible gifts to choose from. You can explore just some of the possibilities here on this page with my Indian Food and Cooking Gift Guide.

A brief introduction to Indian cuisine

"Indian cuisine" is truly a catch-all name for a wide variety of different regional styles of cooking and ingredients, given the vast size of the Indian sub-continent. Indeed, the country of India itself is the seventh largest in the world, so it stands to reason that there is much diversity in the food prepared throughout the nation.

In the broadest of terms, one can divide the country in culinary terms into Northern and Southern styles. Northern Indian food can be characterized by a variety of foreign influences due to centuries of invasions and contact with other cultures. For example, the Persians brought pilafs and rice dishes to India; the Portuguese introduced vinegar which became a critical ingredient in Vindaloo curries. The cuisine of Southern India shows much less foreign influence, but features a predominance of locally grown fruits and vegetables and vegetarian cooking. Dietary restrictions due to various religions play a part in the local cuisines of other regions of the country as well.

Very little special cooking equipment is required for Indian cooking; most Western chefs will have what they need on-hand already, or at least suitable substitutes. You will certainly need a good heavy-bottomed skillet, and a mortar and pestle for grinding fresh spices. What can be a little more tricky is finding some specialty ingredients, not always available in Western supermarkets but readily available on-line or at Indian grocers. I'll talk about some of those ingredients later on this page.

Learn the basics and beyond in these highly-rated cookbooks

Of course, a home cook could use some cookbooks if he or she is going to begin preparing Indian food at home. If you're looking for some beginners' books to give as a gift, consider these titles.

If Indian food seems intimidating and daunting because of the combinations of spices used, then this is a perfect book to dispel that worry and get cooking tonight! All 50 delicious and authentic dishes in this cookbook require only 5 basic spices: coriander, cumin, mustard, cayenne pepper, and turmeric. Yet the flavors shine through and these recipes are a great way to get started with Indian home cooking.

This cookbook has long been heralded as "Madhur Jaffrey's seminal title on Indian cuisine". The author has penned many titles about Indian food, curries, and world cuisine yet this is one of the most popular and highly praised. With detailed introductions on ingredients, techniques and equipment, it's a thorough yet not intimidating introduction to the variety and taste of Indian cuisine.

This is the Indian cookbook I have been "testing out" for the past few months and I can recommend it very strongly as a great book on Indian cooking - perhaps for a home cook with good basic skills but ready to learn a new cuisine. What's exciting about this book is every dish is photographed and in full-color - great for a chef who gets excited to cook based on visual appeal. Every recipe I've tried has been a tasty success and it presents a wide sampling of Indian classics from throughout the country.

Read my full review of 500 Indian Recipes at HubPages.

Chef and restauranteur Hari Nayak wants to take the "fear and fuss" out of Indian cooking with this beautiful book. He focuses on the Southern Indian cuisine of his home but also includes recipes from other regions of India he has learned through the years. Enjoy classics like Chicken Tikka Masala and Pork Vindaloo in your home kitchen - never settle for greasy take-out again!

This cookbook is an ideal starter for the vegan chef who wants to learn to make Indian food at home! It includes 50 recipes adapted to replace butter, cream and meat with vegan ingredients instead for a healthier, meat-free alternative.

A beautiful and useful way to store daily-use spices

A masala dabba can usually be found in any Indian kitchen. It is a spice box with two lids and inner tins for the most commonly used spices, so they can be kept organized and neat, all in one place. A masala dabba is a great gift idea for an Indian food lover or new chef, who might be confused about which spices she'll need to start preparing Indian meals - or doesn't want to lose track of where they are!

About the Masala Dabba

While there are suitable substitutes for these, you may consider these excellent gift items for the chef who wants to follow tradition.

This sturdy-made deep fry pan, or karahi, is used in Balti dishes and is great for making lentil dishes, stir-fries, and many vegetable preparations.

This griddle pan, known as a tava or tawa, is used for roasting spices, cooking chapatis and dosas, and preparing other flat breads.

Making Dosa on a Tava Griddle

This grill is perfect to use for making roti and chapatti.

Traditionally-designed serving bowls and platters are a great gift idea for someone who is learning to cook Indian food at home. (They even make it possible to dress up take-out or delivery food from your favorite Indian restaurant!)

These beautiful bowls are made of stainless steel on the inside and copper on the outside. These two layers of metal help keep food such as curries and biryanis warm during service - and they look absolutely beautiful! Set of 2, each with 550 ml capacity and meant to serve 4 people. You can learn more about karahi cooking pots and dinnerware at Wikipedia.

This lovely piece of dinner service-ware is hand-made India, and designed for serving pickles and other condiments on the table.

These handmade copper/stainless steel bowls are designed for serving small dishes such as curry and daal alongside a main platter or meal. A set of four makes for a perfect gift.

This one liter-capacity serving tureen comes with a matching spoon and is perfect for serving rice, vegetables and curries.

Indian Table Etiquette and How to Set a Table

An informative video for more information

Great selections for "all in one" gifts

Looking for a simple solution to gift giving for the Indian food lover and home chef? These lovely gift baskets contain assortments of spices, curries, chutneys and other ingredients to sample and enjoy.

An attractive and tasty Indian "sweets and snacks" gift basket. Get a taste of India here in gourmet nibbles perfect for sharing around the holidays...or any time at all!

Nuts and sweets are always popular gifts around the holidays, but here's a collection with an Indian "twist". This assortment is made in the USA with the best quality ingredients--but they will certainly bring back the nostalgic flavors of India.

Enjoy this colorful and tasty collection of traditional Indian sweets and confections. Great for gift-giving or sharing around the holidays, or any time of the year.

If you know someone who loves snack foods and sampling them from around the world, here's a great Indian snack assortment!

Check out South Jersey Foodie for more about home cooking, recipes and food all around the world

My personal food blog...check out the latest entries below:

Tasty Eats in Middletown, New York: Seriously Tasty Asian Food!
Probably no one was more surprised than I could be when my mother recently called to extol the praises of a new Chinese restaurant in Middletown, New York. The area is...
Stuffed Peppers with Eggplant and Roasted Tomatoes
Make an elegant version of stuffed peppers with this delicious recipe featuring roasted tomatoes and eggplant. It’s vegetarian, too! Stuffed Peppers are a tradit...
Back to the “Bull on the Barn” Bayshore Crab House in Newport, NJ
Two summers ago, the sweetie and I checked out the Bay Shore Crab House (known at the time as the “Bull on the Barn” because of its easy-to-spot outdoor mu...
Costanera Cocina Peruana in Montclair, New Jersey
Over the Memorial Day holiday weekend, the sweetie and I took a day trip up to Montclair, New Jersey to visit the Presby Memorial Iris Gardens. The Gardens have been o...
Updated: 12/14/2017, sockii
Thank you! Would you like to post a comment now?
1

Intimidated by the idea of trying to cook Indian food at home? Don't be! This...

Do you know someone who loves Japanese food? Here you'll find recommended coo... 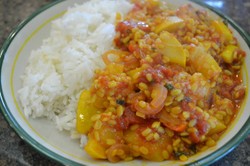 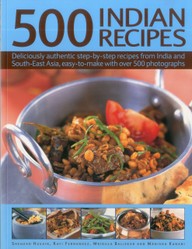 Intimidated by the idea of trying to cook Indian food at home? Don't be! This cookbook provides an excellent introduction to techniques and traditional Indian recipes.
19%  1   0 sockii
Japanese Food 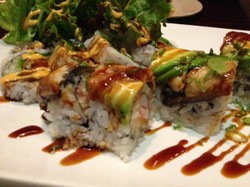