Giulia Tofana was executed in 1659 after confessing to poisoning over 600 men. She was known as being sympathetic to women who wanted out of unhappy marriages.

We've heard of Lucretia Borgia, the 15th century Italian femme fatale. She was from the wealthy and manipulating Borgia family, who ruled and were supposed to have murdered many times to achieve their goals. Lucretia's fame as a murderer was based on rumor of a hollow ring that she was supposed to have worn. It was said that, if she wanted to kill someone, she would open her ring over the victim's drink. But it was never proven.

Giulia Tofana, who lived in 17th century Italy, was supposed to have been an expert at poison. She was executed after having confessed to 600 poisonings. So why don't we know more about her?

The family women also had a tendency to be widows 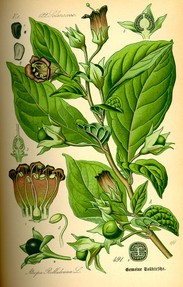 The story we have today is not told very often for several reasons. Her story hasn't survived as Lucretia's has, because we don't have the family's fame, or the family portraits. Both Giulia and her mother were supposed to have been very beautiful women. However, while a portrait of a young woman holding a unicorn is being shown online as Giulia's portrait, that is not true. There are no known surviving portraits of her. If Giulia's poison was her craft, she also kept it under wraps for very practical reasons, including survival and the ability to continue to make a living. And her story was told only after her death, not while she was alive, powerful, young and beautiful. So she wasn't there to motivate the gossips and keep the story going.

However, Giulia and her family did add to the general perception that women were devious and their method of killing was poison. Even Mozart a couple of centuries later told his wife that his impending death was probably due to being poisoned. (However, his death is thought to have been made more likely by excessive blood letting when he was in a debilitated condition.)

This was how both she and her clients wanted it. While she also sold to men, her poison was almost exclusively given to men. After all, poison is usually only given to someone who has some power to cause harm or to bestow property and power. Back then, it was a rare woman who had any of these attributes.

She provided what could be called an early Italian divorce for many unhappy wives. If they didn't want to enter a convent, women in Italy during that time had only three ways to make a living; they married, they begged or they prostituted themselves. While the last two options had their own obvious shortfalls, there were many powerless married women, many of whom were also at risk. Women died frequently in childbirth - even Lucretia Borgia, a woman from an immensely powerful family, died of complications after the birth of her eighth child. Women were beaten, mistreated, and powerless. Well, and some women just hated their husbands. In these circumstances, a much better option was to become a widow.

So Giulia's clients were very protective of her. They told only others whom they could trust and who had the same needs. After all, if the authorities found this particular merchant, not only the merchant, but the clients would swing for engaging in the transaction.

Giulia was very good at her craft. She may have came by it honestly, as her mother is thought to be, Thofania d'Adamo, who was executed for murdering Francis, who was either Guilia's father or a later husband. (Which begs the question, was Giulia's father an earlier poisoning?)

She was known to be beautiful, and was very interested in apothecaries. She befriended many and learn a great deal. Aqua Tofana, a poison mixture of arsenic, lead and Bella Donna was named after her, but it may have been a poison handed down from her mother. Even so, Giulia could still have refined it. The poison was known to be tasteless, odorless and colorless - especially handy for mixing with wine and other liquids. Only a small amount was required to complete the poison, and the combination of ingredients masked the known symptoms of poison, such as seizures and intense pain. Thankfully, while most of the ingredients are still known, information about the proportions and the method of mixing has not survived.

Some sources list Giulia as a young widow when she started her business. This raises the question of how she tested the perfection of her product. At any rate, she sold it under the cover of cosmetics, or as vials of "Manna of St. Nicholas of Bari". When it was sold in vials with the St. Nicholas label, the cover was that it was a devotional object. At any rate, it fooled the authorities for almost 50 years.

The Family Business Thrived for 50 Years

Like many family businesses it only lasted for three generations, but this one ended more abruptly than most

Continuing the family tradition, her daughter joined the business, and they operated quietly in Italy, moving from Palermo to Naples, and then to Rome. They was eventually betrayed by a wife who put the poison in her husband's soup, then regretted it. The regretful wife stopped her husband from eating the soup, and he smelled a rat. He forced the truth from her, then dragged her off to the Papal authorities. Her obvious weak will and natural talkativeness were encouraged by the proximity of torture devices and the expertise of the authorities at that time. In short, she spilled every last syllable of what she knew.

While one would expect Guilia to be arrested immediately, that didn't happen. Too many locals had a stake in her remaining free, and she was warned. One version of her story from that point is that she was already retired and at her country estate. She had the opportunity to run, which she did. Her daughter and employees were executed. Then she was found and garroted at some later date. (A ghost tour for tourists in Rome includes their apartment, where her ghost is said to call for her lost daughter from their window in the black of night.)
However, the most reported - and believed - version says that, while Guilia was elderly, she was still in Rome when she was warned. She ran for the nearest church and demanded sanctuary, which was granted.

However, that was not the end of it. A rumor suddenly raged throughout Rome that she had poisoned the water. This rumor (a rumor with suspicious beginnings) caused the church to be stormed and Giulia to be extracted from it and handed over to the Papal authorities.
Under enthusiastic torture, she confessed to poisoning over 600 men in just an 18-year span, from 1633 to 1651. She was executed along with her daughter and three employees in July, 1659. They died in the Campo de' Fiori, a square that was called "the field of flowers", because it had been kept an open field for a long time in ancient Rome, but had eventually been paved over and made into a square. Then it became the location for hanging people and burning them at the stake. After Giulia's execution, her body was thrown back over the wall of the church that had given her sanctuary, and the clergy there were left to dispose of it.

A few great books on poison in history

Even one on poison for writers

Aqua Tofano was Popular - with Those Who Served It

This was an age of poison in Italy, and a poison of this quality was not denied distribution. Giulia had many accomplices as well as clients. Unfortunately, when she was tortured, they were also named, and many were executed. Some fled. Some were imprisoned, then strangled quietly in their cells. Some of her accomplices were walled up in the Palazzo Pucci dungeons. While the richest of her clients were strangled quietly in prison to avoid scandal as much as possible, nobody today knows the reasoning behind who was hanged and who was walled up alive in the dungeon.

The Aqua Tofano was always given with instructions for its use. Even so, some of Giulia's named clients were able to avoid punishment by claiming to use it only as the cosmetic it had been supposedly sold as. Some of these women were able to successfully make this claim, in spite of some "accidental" deaths in their homes. This was probably possible for a few reasons. Belladonna was used by women during that time in Italy to dilate their pupils, which was considered very alluring. Also, I have no doubt that very smart women could sell the idea of being very naive to very biased men if their lives depended on it.

Giulia's daughter, Girolama Spera, carried a certain fame of her own. Her nickname was "Astrologa della Lungara", and she would doubtless have carried on the family trade of serial murder had she survived.

Thank you, cmoneyspinner. This was an interesting woman to research - I couldn't believe how long she got away with it.

Poisoning husbands? OK. That's believable.
But motivating gossip to keep a story alive if she were alive?
I don't believe it!

This was a gooooood article!

A Renaissance man (or woman) has wide knowledge in many fields. Based on tha...

The Elements of Murder: A History of Poison
98%  12   9 cmoneyspinner
The Renaissance

A Renaissance man (or woman) has wide knowledge in many fields. Based on that definition you should be able to objectively answer the question: Are You a Renaissance Man?
1%  0   0 AlexandriaIngham
The Renaissance 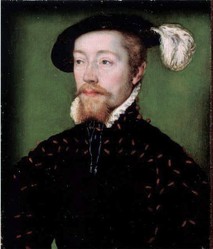 James V was born on April 10, 1512. He was the son of James IV and Margaret Tudor and the grandfather of the man who joined two Kingdoms, James VI of Scotland and I of England.
Loading ...
Error!