The tho God's not dead movies each provide well researched information aimed at addressing a significant topic.

In 2014 a movie came out titled God’s Not Dead. I managed to see it in a theater, but it did not stay in theaters long. In 2016 a second movie titled God’s Not Dead 2 came out, and I did not get to the theater quickly enough before it closed. Now it is available for pay for viewing on television, and I finally managed to watch it.

I do not normally write movie reviews, but the messages in these two movies are important. So, I am writing a combined review. But the first thing I should point out is that each of the two movies addresses a different question, and in each case a question worthy of consideration.

The first movie has its romances intertwined with the real message, and is well done.  It follows a college freshman who enrolls in a philosophy class.  Herein lies the core of the message.  The professor requires the students to write God is dead on the opening day of classes, and one student refuses.  He also refuses to drop the class, but instead matches wits with the professor in logical discourse, his position is God is not dead.

The arguments continue throughout the movie, with the professor quoting authoritative sources.  The student soon is forced to do research to counter the professor’s position logically.

The movie handles the debate well, and the sources used often are atheists, whose writings are quoted by the both the professor and the student in a persuasive manner.  After each discourse it is obvious each will seek additional material to continue the ongoing debate.  There is an entire semester over which the logical arguments span.

There are two clergymen, but their denomination is never revealed.  While there is a church, the arguments for the existence of God should be appealing to all, since there is no focus on Jesus.  The focus is simply on God.

The depths of the arguments is what I appreciated most, but even though it is a deep topic the arguments are easily understood by all.

When I was about to go to college one of my teachers advised us not to engage a college professor in such a debate.  The reason is we were not prepared to rebuke any statements the professor might make.  Fortunately, I had no professor who was out to destroy religion.  I can see from the movie that the depths of knowledge and the research needed would be too daunting for most college freshmen.

God’s Not Dead 2 takes place in a courtroom after a history teacher refers to Jesus in a public school.  It takes up a different topic, separation of church and state.  Early on the judge explains what the constitution really addresses, a twofold mandate.  One is that the nation will make no religion become the state religion, and the other that no one should be interfered with in practicing their religion.

Here the focus evolved to did Jesus exist?  This movie might appeal more to Christians.  A history teacher teaches history, so if Jesus did walk the Earth quoting Him could be considered teaching history was the defense.

As with the first movie the arguments developed over the trial.  Here the proof of the existence of Jesus came from both Christians and atheists on both sides.  And in the end one should be convinced of a historical presence of Jesus.  The divinity of Jesus is not a pivotal point of the movie.

The movie has less subplots, and there is no real romance, but it is compelling to watch the logical proof unfold. Both movies have a music concert scene, which adds significantly to the emotional response of the audience. Each movie addresses one deep question.  This is a case of less is more.  Making too many ideas come together often does not afford any topic adequate time, but concentrating on one topic really gets the idea across.

The first movie should have worldwide appeal.  But, the second is involved with laws of the United States.  This could be less desirable for foreigners to watch.

Another factor is subplots.  The first movie is well ahead of the second movie, in my opinion, in having other activities that help hold the attention of the audience.

This is a very balanced account and a fascinating read . I hadn't heard of these films.

TY for posting this.

Thank you for this review. You have written on a worthy subject and done so well. 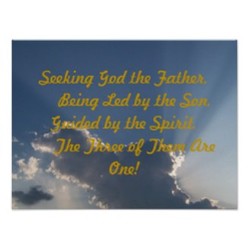