The heady mix of corruption, betrayal, and devious spies that is known as Greeneland in homage to writer Graham Greene, was once found in Vietnam where he wrote The Quiet American.

.
Old men play chess and checkers under the shade of chestnut trees in the park, sleek limos glide down the boulevards lined with 1920's style French ochre-coloured buildings, and beautiful girls in white skin-tight ao dais and conical hats ride mopeds with style and grace. This is today's Hanoi, a vastly different city from the one most people are familiar with.

Sadly, the Vietnam war as filmed coloured a whole generation's view of this beautiful place.

The Metropole was the reporters' and photographers' hangout before the Vietnam war and it is where Greene wrote most of The Quiet American. The author stayed in this old colonial French hotel when he was working and reporting for Paris Match in the fifties. Nowadays, post-restoration, the 120 year old hotel with its dark wood panelling is one of Asia's finest. It has an added Opera wing giving clients a choice between traditional and modern.

After the departure of the French from Hanoi, the Metropole was taken over by the army of Ho Chi Minh and unfortunately, was allowed to deteriorate.  It was always a popular hotel however, being the best in the city, and from the Comintern bigwigs to singer Joan Baez during the early days of the Vietnamese war, the hotel has seen its fortunes rise and fall. Today, they are definitely on the rise: in fact they have very much risen.

Leave the thousand-year-old district known as the “36 streets” where each street once belonged to a merchant guild, and head to the colour and noise of Hanoi's biggest market, noisy, smelly and colourful. Here are unrecognizable vegetables, bits of pig one would rather not see, skinned dogs and wriggling eels, bags of writhing toads (boil them before frying them in oil and serve with plantains) along with the more mundane cauliflowers, cabbages, chicken pieces and herbs, dozens of herbs.

Catfish figures largely in the Vietnamese menu and the locals add fermented fish sauce to most dishes. The major hotels do not add this, but it is always available if the customer asks for it. Ginger, turmeric, coriander and lemongrass are the herbs most used in the dishes, and chicken is often coated in honey.

Mangoes and papayas seem twice the size they are anywhere else, Japanese pears and imported apples glisten and look attractive but are relatively tasteless, so stick to the local fruits. Lychees and mangosteens (in season) are always good. 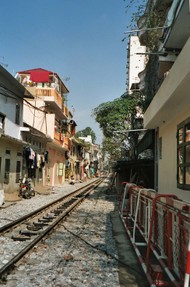 It's a pity Graham Greene isn't alive today to write about Uncle Ho lying in his glass sarcophagus in his mausoleum, the most popular sight in today's Hanoi.. He would have seen the surreal side of so many western visitors, including Americans, queuing to view Uncle Ho, nearly 50 years after the war that cost so many lives and destroyed so many dreams.

Okay now you've gone and done it, I have the urge to pack my bags and travel. :)K

A look at some of the pubs and bars in the growing tourist attraction of Da N...

10 Things You Must Do in Hanoi, Vietnam

Going to Hanoi, Vietnam soon? Here are ten things you must do in this beautif... 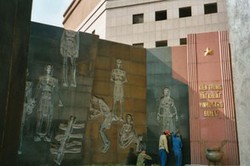 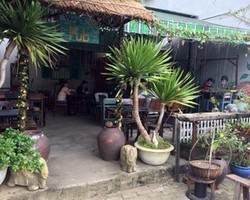 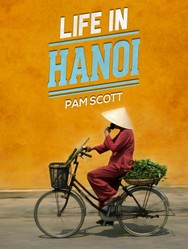 10 Things You Must Do in Hanoi, Vietnam

Going to Hanoi, Vietnam soon? Here are ten things you must do in this beautiful city.
Loading ...
Error!