Some environmentally concerned people are opting now for burial in a woodland without coffins made from non-biodegradable materials or expensive wood.

Burial customs have varied throughout history. They have ranged from simple burials right up to elaborate inhumations such as the ancient Egyptian pyramids. In recent years as humans have become more ecologically conscious, certain people have questioned whether the amount of land used in graveyards can be justified, and they also question the use of memorial stones and expensive coffins. There are also questions about the use of cremation, as it uses much expensive fuel and disposal of the ashes can be the source of problems in some cases. The use of natural burial grounds is growing.

The tradiional ways of dealing with bodies in the West are burial and cremation, and both have their advantages and disadvantages. Burial allows a body to return to the Earth, but it is expensive and demanding of land.Ground that can be used for housing or food is used for graveyards and full of expensive stone memorials. But while cremation uses far less land than burial does, it is expensive in fuel as burning a body completely takes high temperatures for a reasonable length of time, and so it is a source of carbon dioxide pollution in the air. Many people nowadays opt for a green funeral, in which the body is buried in a natural setting, such as a woodland. This avoids  CO2 pollution and the waste of fuel, and it still returns nutrients to the Earth, which can be used by plants growing on the site.

This is a return to a mediaeval tradition practised by monks. If you visit the site of a mediaveal monastery you will be struck by the absence of the monks' gravestones. This is because individual monks are not given a memorial because they were heaven-focused. Instead they were wrapped in a winding sheet and buried in the monastery orchard, where their bodies would nourish the fruit trees. Their ceremonials of death used few resources like coffins and flowers. They are a model for the modern, ecologically conscious age.

A typical green or natural funeral does not over-consume resources. It is low impact. The user of a green burial dislikes the waste of  resources that happens when a coffin is buried or burned. Good, solid hard wood, often with metal handles and occasionally with plastic fittings, made from oil that is growing increasingly scarce are consigned into the earth or the fire, Instead the supporter of the green funeral will use a much simpler coffin, if at all. It is possible to be buried in a wicker coffin, which consists of basically a basket. Some coffins are made of light wood, even plywood.There have been coffins made of scrap wood Like the monks we can be buried in a winding sheet. Importantly, our burial vessel will not use overmany resources, and metal and plastic will not be consigned uselessly to the earth

Some funeral directors are reluctant to be involved in the green burial industry because they are making so much money  from selling expensive coffins, but others will do so. There are some people who now make their own coffins and a growing number of  funeral directors will be prepared to accept a coffin that the deceased or their family has made.

It is important to realize that a low resource funeral is not a cheapskate funeral. There are too many people who think that the deceased must have a good send off in a coffin of the best wood suitably lined. Put simply, the deceased is not going to be lying in the coffin enjoying the high quality of its interment residence. In cremation all this high quality material goes into the incinerator. A green funeral is the expression of the values of those who love the Earth; and while being earth- loving, it is deeply spiritual.It expresses a spirituality that sees the earth as sacred.  The monks, as we saw, had the greenest of burials, and they were heaven-focused, spiritual people. Their monastic gardens and orchard were for them sacred places that were intended to recreate Eden, so they were where earth and heaven met

The spiritual side of green funerals is not linked to any specific religion. The monks, as we saw, were Christian, but Buddhist monks are no different in this respect. Pagans are great supporters of low impact burials, as one of their strong points is their love for the Earth.

Some farmers and landowners have been making ground available for green interments. There is a wide variety of sites, but often they are a woodland. Sometimes this is an existing wood, but at others it might be planted for the purpose. This will have to be a well-maintained woodland as a wild one will be inaccessible to the mourners because of the scrub that fills it. The key to a good green burial ground is that it is spacious enough to allow mourners to reach the grave and that the spaces between the trees are kept trimmed for ease of access. It is thus nearer to a garden than a wild place. This is realistic, it is a cultivated place not a wilderness. Some people like a site with a view, but it is not as if the dead are going to be enjoying it, so many people do not think that this matters. It is more for the mourners than the deceased.

Of vital importance is the ban on memorial stones. These can be expensive drains on families' resources and they wear away in the end. The average grave is visited for fifteen years and then forgotten.  So advocates of green burial insist that gravestones are a waste. Instead a tree can be planted over the grave. This might be  fruit tree that can produce fruit for visitors to enjoy. However, a word of advice. You might have to wait the suitable time for planting, as trees need to be planted in the dormant period. This is sometime between October and March. In specially planted woods the woodland grows as more and more people are buried.

Some people have simple wooden memorials. A Christian might have a small wooden cross. These are unobtrusive and eventually decay back into the soil. Decay is to be welcomed as it is essential to the natural cycle of life.

I must admit that I am deeply impressed with the ancient monastic way of burial. The service is done and then the body in its winding sheet is simply confined into an orchard/woodland and allowed to decay in the confidence that it is the spirit that lives on in God. The monastic past is a guide to a greener future.

Your feelings harmonise with mine, Katie. I love the earth and am happy that when I go this body will nourish it. My ideal is not a headstone, but a small fruit tree, then ordinary people can feed off its fruits. In a land where the poor are turning to food banks to eat, free food will benefit the poor.

I am a HUGE advocate for green funerals. I keep telling "myself" take care of the details so that my wishes will be carried out. I do not want to be buried in all the commercial waste. I love the sheet wrap, I would be the most comfortable wrapped in a simple sheet and buried simply in the warmth of the earth. I love our magnificent earth and enjoyed your article immensely. I am sharing this all around. Thanks for taking the time to write such a thoughtful and helpful article.

Burial without a coffin or headstone? I'm fine with that. But my husband wouldn't go for it. He would think it disrespectful.

I have given instructions for a woodland burial with definitely no headstone.

I've chosen my spot for a green burial. It's set my mind at rest having done so. Thanks for a very informative article.

Thanks. I did not mention Parsee sky burials, as they would not be allowed in the West. But they are green. They use towers of silence, on top of which the dead are laid to have their flesh eaten by birds. Then the bones are collected and buried. This is because they believe that fire is sacred and so the fire must not be polluted by dead bodies.

Sky burials are also practised in Tibet, where the soil is too thin for deep burials, so the dead are laid on mountainsides. There is evidence that they used to be practiced in stone age Britiain at places in the east of the country, as archaeological evidence seems to indicate the presence of bones on what was once a wooden platform,and the bones seem to have been disturbed and pecked clean by animals. Ancient British burial customs are complicated and none were universally spread over the island,

I am all for a green burial. Indians burn the dead bodies so they do not consume ground and no memorial stone is required. I have heard Parsis leaving the body to be be picked up and consumed by vultures. If there are any alternatives, we should support them.

This was very interesting. Good article!

As summer fades: gardening in September

Fall, is a paradoxical time, when gardens come to fruit, but they are also be... 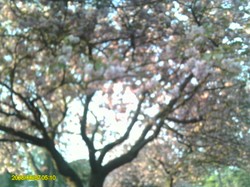 Gardening is an activity that draws upon a wide range of skills and knowledge.
63%  10   5 frankbeswick
Other Green Living Topics 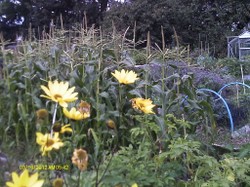 As summer fades: gardening in September

Fall, is a paradoxical time, when gardens come to fruit, but they are also beginning to die
Loading ...
Error!