Most people think when planning a Green Wedding that you have to sacrifice style and elegance, that is not the case. Some of the most elegant weddings are earth friendly weddings.

Green Weddings vary by "shades of green", or exactly how green the happy couple is willing to go. From a "light green" wedding consisting of making a small environmental effort, to a "forest green" wedding that has a minimal impact on our Earth. More and more couples are choosing a wedding that is healthy and environmentally responsible. Don't think that for one minute that having an earth friendly wedding means that you are going to have to sacrifice style.

Traditionally, weddings consisted of driving to a printer, picking out invitations, lableing, and mailing them off using the post office's form of distribution with no regard to fossil fuel output. Couples formerly set up a bridal registry with stores that could care less about locally produced or recycled home decor products.  The wedding party and guests purchased their clothes for that special occasion at seperate stores, not even thinking to carpool, and chose clothes made of synthetic materials that were often times produced in foreign countries.  The wedding was performed at a church or other venue that was lighted with fixtures using energy consumptive incandescent bulbs and outdated air conditioning units, decorated with arrangements from florists whose goods were purchased from growers in foreign countries that may have used toxic fertilizers and pesticides, then distributed their products using gas guzzling equipment, vessels, and vehicles.  Of course everyone then drove in separate cars to the reception which was inevitably at a different location, all the while using varying amounts of fossil fuel and giving off unnecessry emissions.

We've come a long way since then.  Couples have become more aware and responsible, whereby ultimately becoming the driving force behind the green wedding movement today.

This is your day to show the ones you love your passion for the environment.  Following are some simple ideas for your green wedding:

No one ever knows what to do with all the flowers or the leftover food.  You can spread the joy from your day to others by donating your flowers to a convalescent home and the leftover food to a homeless shelter or a soup kitchen.  Not only is this sure to brighten the day for many but I am sure it will also make you feel good!

A good alternative to throwing rice if your wedding is in the city or an outdoor location with a manicured, non wild yard is to use birdseed instead.  Most standard birdseed mixes contain invasive plants that may not be native to your area, and throwing birdseed in a natural wedding spot, like in a nature preserve or state park can cause havoc to that ecosystem.  How about throwing native wildflower seeds or petals, ringing handbells, or blowing bubbles any of these would be great alternatives to throwing rice and birdseed.

By keeping the environment in mind, the more you and your guests will enjoy it, the less money you'll spend with minimal impact, the more memorable your wedding will be, and our Earth will thank you for your efforts.

http://www.squidoo.com/honeyteering
Being environmentally conscious does not have to end with the wedding and the reception. You can carry this great theme right into the honeymoon with something known as Honeyteering.

Are There Any Other Green Wedding Ideas You Have To Add To The List?

Wedding programs, made as fans, are popular for outdoor and summertime weddin...

Planning a wedding? Here are some top wedding songs to make your romantic day... 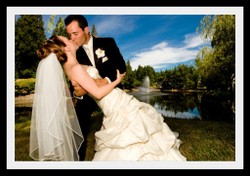 The Natural Wedding: Ideas and Inspirations for a Stylish and ...
100%  14   10 dustytoes
Wedding Planning 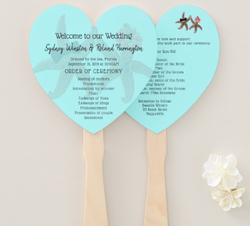 Wedding programs, made as fans, are popular for outdoor and summertime weddings to keep guests cool throughout the ceremony. Should you make your own from scratch, or buy a kit?
100%  17   9 sheilamarie
Wedding Planning 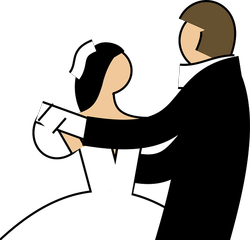 Planning a wedding? Here are some top wedding songs to make your romantic day the very best it can be! See if some of these love songs add a spark your wedding plans.
Loading ...
Error!