The mighty Humber Estuary discharges most of the waters from Yorkshire, England's largest county, into the turbulent waters of the North Sea; and much of Yorkshire's pollution goes with it. For two hundred years this historic seaway has been polluted. By 1951 the shellfish industry in the Humber had died out, due to over fishing and toxic chemicals in the water. But the undauntable species of ecologists were determined to make the polluted waters sparkle again and be once more abundant with sea life.

Image by Ylvers from Pixabay

Passengers on the regular ferries that steam out of Loch Ryan on their way to Belfast will be accustomed to seeing the oyster boats near the  eastern shores of the loch quietly going about their business.But they would not have noticed the team of  scientists with the crew ensuring that all the oysters were native species,  a  task rendered necessary by the ubiquitous presence of the invasive Pacific oyster, which came  to Britain via ships coming from New Zealand, liked what it found and stayed. The ecologists were determined that they would only sow native oysters, so care was needed.

Then there came a six hour dash across Northern Britain, leaving Loch Ryan to cross South West Scotland and Northern England until  base at the Humber Estuary hove into view. But the lorries containing several thousand oysters were well-equipped for the job and the shellfish arrived in time, alive and healthy to find their new homes.  They were taken as quickly as possible to the sea.

But what was so special about Loch Ryan oysters,surely any local English oyster would suffice? Well, the native oysters have been lovingly farmed there since 1701, when King William the Third, William of Orange, King Billy to the Northern Irish, granted the licence to control the oyster beds to the Wallace family, who still dwell on the loch's shores and have carefully tended their private fishery for three hundred and eighteen years. They do not run an ecologically exploitative operation, but farm the sea in a sustainable way. In particular, the oyster farm weeds out any non-native oyster that they find.Three hundred years of good ecological management!

But good management involves hiring good staff, so the Wallace brothers attracted Tristan and David Hugh-Jones from their oyster farm in County Cork, Ireland, where they had successully bred native oysters. That was 1991, and the brothers have managed Loch Ryan oysters for the owners ever since. They run a bustling and successful shellfish business that sells a high quality product in demand in restaurants across Britain. What better oysters to sow in the Humber  Estuary!

The reason for having oysters is that they are filter feeders. As they open and close their shells each oyster can filter 100 litres of water a day and digest edible material in the water, rendering it into edible oyster flesh and purifying the waters. .What is more, they breed, and thus the three thousand oysters from Loch Ryan will become many more; and more oysters means more filtering.  It also means a renewal of the lost shellfish industry in the Humber, something much needed at a time when fisheries in Britain are under threat from over-exploitation.

Of course oysters  alone  are insufficient. The waters that flow from the rivers of Yorkshire and its southerly neighbour Lincolnshire were subject to water purification treatments and restrictions on the industrial pollution of water. This pollution has so blighted this isle for two hundred years and had to  be stopped and reversed. The oyster beds are one later stage in a long process of repair.

The beds are carefully sited to give the oysters maximum chance to thrive, and moreover the oysters are confined to cages attached firmly to the sea bed to prevent their being swept away by the strong currents that scour the area. But their spawn will flow free out through the mesh of the cages, restocking the coastal area.

But oysters are not the only shellfish being introduced to the new fishery. Bouchot mussels, also filter feeders,  are  arriving from Brittany from near Mont Saint Michel, where they are cultivated and are known to produce a highly delicious flesh.

The cultivation technique is to stretch out a line of poles from the shore, which ropes are stretched, propylene being the favoured material. The rope are  seeded with mussel spawn. At the foot of each pole there is an inverted cone to prevent crabs from climbing up to take the mussels.  Harvest involves pulling the mussels off the ropes, often by machine. Further protection is given by draping netting over the mussels, which deters and prevents predators even more. Once the mussels are sown this is an easy fishery, for the mussels seed themselves every year,as long as you do not take the lot of them.

Other filter feeders being introduced are razor clams. These are commoner in West Britain than in the  east. They  dwell in sandy beaches and are perfectly edible. They are being introduced to the sandy beaches of Spurn Island, a south-pointing spit that was recently sundered from the mainland by a storm.  It houses Britain's only full time lifeboat crew.

Humankind damaged nature and it seems that it needs to harness nature to solve the problems that neglect of nature has created. This is one small ecological step in the creation of a greener world.

Non-native oysters are eaten, but not sown, which facilitates their dying out.

You indicate, under your first subheading Oysters from Loch Ryan, that "Passengers on the regular ferries that steam out of Loch Ryan on their way to Belfast will be accustomed to seeing the oyster boats near the eastern shores of the loch quietly going about their business. But they would not have noticed the team of scientists with the crew ensuring that all the oysters were native species, a task rendered necessary by the ubiquitous presence of the invasive Pacific oyster, which came to Britain via ships coming from New Zealand, liked what it found and stayed. The ecologists were determined that they would only sow native oysters, so care was needed."

What is the plan of "ensuring that all the oysters were native species" involving? Would the scientists offer non-native oysters to oyster businesses and business-people, relocate them, study them...?

Each! When they are submerged they constantly open and shut their shells, so the amount of water flowing through each one is enormous.

There has been discussion at European level on mercury pollution, so there my be some, but Britain has strong laws on the release of toxic substances into the environment. Furthermore, the Ministry for Agriculture, Food and Fisheries make regular checks on shellfish, and would warn us if there were any danger, and there have been no government alerts about mercury.

The Zebra mussel is a problem here as well. It has taken residence in water treatment works, where it blocks pipes.

The bouchot mussels come from France, so they are from the same ecological area as Britain, so we expect no problems.

Frank, does the pollution include mercury from industry? Here, mercury is a problem. Once consumed it is a cumulative toxin, which means it stays and adds to what is consumed next. That is why our fish are high in mercury. I assume oysters would also accumulate toxins like mercury if it passed through them.
Farther north in the Great Lakes region there is concern over a zebra mussel, which arrived by ship. It is not native to the area, and multiplies so quickly pipes became clogged. Hence, it is wise to only use native species.

Bouchot mussels are a delicacy.I think that they are a subspecies of mussel related to other kind of mussel found locally. It is too early to know the impact of water shortage in the future.

frankbeswick, Thank you for the back- and front-stories and products. Are Bouchot mussels not deemed exotic even though they're from Brittany, not the UK? Are they the closest relatives to species that no longer exist off England, Ireland, Scotland and Wales?
In another but related direction, what is the impact of the announced water shortages March 18, 2019, by Chief Executive of the U.K. Environment Agency James Bevan upon the above-mentioned greening? 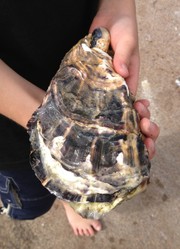 Our final carbon footprint on earth is when our own body is buried. A traditional burial adds pollutants to the soil and the air (cremation). Consider a natural burial instead.
60%  7   6 curiousengineer
Environmental Pollution 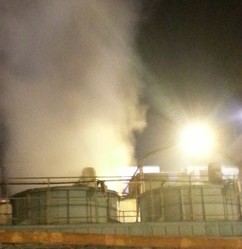