I was encouraged to do this by a friend and I am scared to death! I have never done anything like this before!

My name is Jill Brixius Marshall and I was born October 16th 1963. Yup, you guessed it; I will be turning 50 this year, and no matter what Oprah Winfrey says, I’m not embracing that thought one darn bit. I have been struggling with that thought for the last ten years or so. In my mind, I’m only in my 20’s…not 50 yuck.

To start with, I married the man of my dreams Mr. Ricky Marshall, (aka) “Joe” I refuse to call him Ricky, it just sounds weird.  Joe is the kind of guy that any woman would love to be married to. He’s kind, always thinks of others and without a doubt… very, very talented. They just don’t make em like that anymore.

We dated three years before we got married and that’s when we finally caved and decided to start our little family. We had three healthy, amazing kids which by the way, they are nothing alike. Our oldest son Justin is a very handsome and he’s the artsy fartsy kind of person.  He plays the guitar, all 13 of them and he raps on the ole drums (all three of them) every chance he gets. Oh by the way, did I tell you that he has a compulsion problem? Well, he does. Anyhow, he likes to draw, he read’s all sorts of frivolous stuff that no one really cares about and he knows more about the music world than your average music junkie. (He could be the next Dick Clark if they were ever looking for one!)  He’s one of a kind, that’s for sure.

Next I have my beautiful daughter JoAnn, also known as JoJo. She was named after my two favorite people, Joe… my soul mate, and Ann my little sister who I love more than chocolate.  JoAnn is absolutely beautiful and she could stop traffic with her smile alone. She’s your typical female who loves to shop, eat and dance like it’s nobody’s business. Sometimes we think she thinks she’s the white version of Nicki Manja the one of a kind rapper, dancer, American idol judge.  JoAnn loves her friends and family with all of her heart and she would go to the ends of the earth for anyone if need be.

Last but not least, we have little leaping Lena. Lena is my youngest and she would probably tell you that her father and I saved the best for last.  This little girl is what most people would call a little pisser. Don’t get me wrong, she too is absolutely stunning and her personality is one you will never forget, maybe it’s because she stands out in a crowd and she struts her stuff like she’s a peacock on crack. Lena knows who she is and she knows what she wants and she’s not about to let anyone get in her way. This young lady loves dirt bikes, four wheelers, bedazzled clothes and hair and makeup. My family is the bomb and as they get older I enjoy everything about them (most of the time) and I can weirdly say I can’t seem to get enough of them as well.

I am somewhat of a screamer, a big ass dreamer and a limelight redeemer. I go for what I want and I don’t stop EVER!

I scream a lot mostly when I don’t get my own way or I’m confused about certain things in life that don’t make any sense to me.  I talk and talk until I get sick of hearing myself complain. I finally figure out what makes me tick and that when I get off my butt and change the things I can. (Only I can make me happy!!)  Right?

I’m a huge dreamer!! I drive myself nuts with my pain in the ass ways. My mouth usually gets me in trouble and that’s when I figure I have only one choice, and that’s to follow through with my outlandish ideas that pour effortlessly out of my mouth.  I pray harder than anyone will ever know and I believe in myself when it comes to me saying and doing things in order to make things right.  If I say I’m going to do something, then I better damn well do it in order to not look like an idiot. My dream of owning a childcare center came true after many years of trying to pull it off. I told so many people that I was going to own my own business someday that I had no choice but to put a plan into action. Today I can proudly say that I own and operate a 6000 square foot state of the arc daycare center in my home town. Not just any daycare center, I own Giggles & Wiggles Daycare Center. Now doesn’t that sound like a great place to come and play? I am licensed for 91 children and have a wonderful staff and some pretty awesome kids as well. I don’t care about the money it’s all about having fun. I have two business partners, my sisters Diane and my little sister Annie. Thanks to them my dream came true!  I couldn’t have done it without them. All I ever wanted was a place to build memories for the kids, and that’s just what I got. It’s not called Giggles & Wiggles for nothing you know!

Being in the Limelight is another thing that I want to go down in history for. I love being around people and I love having fun. I’ve drank way too much, I’ve made an ass out of myself on more than one occasion and misbehaved more than I can count.  I’ve sang many songs good ones and not such good ones to whoever would listen.  I’ve performed my unusual talent of playing songs on my teeth at more wedding receptions than you could ever imagine (Which is something very unusual and you would have to see it to believe it) I love large crowds and karaoke bars and great friends and good conversations.  I feel life should be about the moment, screw the future, live each day like it’s your last!!

Glad to meet you.

Hi Jill! You have a fun writing style and I look forward to reading more. Welcome to Wizzley!

Thanks Darcy<3
Glenda and I are writing a book and it's all about our awesome little town and all the amazing people. I did however write a little piece about your parents business and how much I loved going there. Keep your fingers crossed that we finish it!!

Oh how you conjured up memories of playing songs on your teeth over the sound system at Skateland and singing the words "there's a bathroom on the right" to There's a bad moon on the rise by CCR doing karaoke at Jammers !! I love ya girl and am proud of your hard work at Wiggles & Giggles when I went there a while back to pick up my great-niece Alyvia. Kudos to being such an amazing friend :)

Nice to meet you, Jean and welcome to Wizzley!

Great to have you here at Wizzley congrats on your achomplishing your dream that in itself is very impressive and a very happy birthday to you. :)K

Hi Jill, congrats on making your dream of owning a Child Care center a reality. It's nice to meet you and welcome to Wizzley!

Welcome, Jill! It was fun reading this page! Look forward to your articles! :) 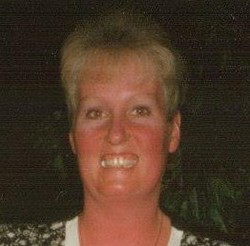 Who is sockii? If you're asking yourself that question, let me introduce myself a little better in my "Wizzography".
Loading ...
Error!