At first glance, the idea of fermenting your own vegetables at home may seem like something that should be relegated to homesteaders and other back-to-nature types. The truth is that fermenting vegetables is a traditional way of preserving food which is being rediscovered -- primarily for its health benefits but also as a way to save money. 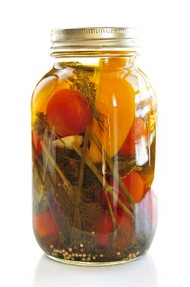 Our modern diet is full of over processed, high calorie, low nutrition types of food. As a result, gastrointestinal problems are at record numbers.

Chronic symptoms of diarrhea and constipation are so commonplace that they have been given names such as Irritable Bowel Syndrome and Crohn’s disease. Our ancestors did not suffer with these problems as we do today largely because of the foods they ate.

One diet trend gaining popularity is to eat the way our ancestors ate—our Paleolithic ancestors. Several diets such as the Primal Diet, Weston A. Price Foundation Diet, and the Paleo diet focus on eliminating processed foods in favor of traditional foods like fermented vegetables and dairy, nuts and seeds, and meat from animals caught in the wild or pasture raised.

There is a growing belief that many modern-day illnesses like fibromyalgia, irritable bowel syndrome, and Chronic Pain Syndrome are related to diet. There is so much evidence that a new field of study has been born. Neurogastroenterology studies the interaction between the central nervous system (brain) and the gut.

Discoveries in the field of brain-gut health show your gut has a strong influence on your brain. Did you know that the neurotransmitter serotonin is produced in the gut? Too little serotonin can cause depression. Wouldn’t it be nice to know what to eat so you could produce enough neurotransmitters to control your moods? As research in this field progresses, we’ll eventually know.

Yet another discovery is that bacteria in the gut communicate with the brain! Bacteria are very important to digestion. Without them, we cannot absorb nutrients, and food just passes through. People experiencing digestive problems often compensate by taking probiotics—gut bacteria.

Which of these fermented foods have you tried?

A good way to get healthy gut flora is to eat fermented foods like yogurt, tofu, and sauerkraut which are full of beneficial gut bacteria and enzymes your digestive tract needs to be healthy.

Making fermented vegetables is easy and actually preferable to buying them.  Homemade means you control the quality and amount of salt. Some store-bought ferments have been shown not to be fermented at all, but just bottled in brine.

The truth is that fermented vegetables have no more nutrition than that of their raw counterparts. However, the bacteria and enzymes that form during the fermentationprocess make them a better choice by comparison.

People often get interested in fermenting vegetables and talk themselves out of it for fear of food poisoning. There’s no need to worry about it. The acidic environment of fermented food prevents those particular organisms from growing, so have at it. Feel free to stock up on cabbage and grate veggies to your heart’s content.  Your gut will thank you for it.

Please let me know what you think about fermented vegetables . . .

@Kim I bet her root beer tastes good too. Thanks for commenting.

A friend of mine makes fermented vegetables for a food group she started in Los Angeles. I recently tried her cabbage blend and it was very good. She also makes root beer from a centuries old recipe.

Yeah, yoghurt is pretty standard nowadays but more producers on the market. Thanks for commenting!

I love most fermented foods. I consider yogurt a must-have. We're getting new brands that take more of an artisan approach, and they are really good.

My son went grocery shopping last night and brought home yogurt. Wondering if he read this article. He hasn't been shopping for a while and I woke up this morning to find extra food in the fridge. I can always tell when I didn't do the shopping. :) I consider yogurt a luxury. Maybe I should count it as a necessity. With regard to fermented veggies. Never really tried them. Sound tasty though!

Ferments are one of those foods that are great for gut health. The Paleo Diet also allows for ferments which would have part of the diet of cavemen.

@freelance As a child I liked pickled pigs feet better than chocolate. . . oops, over-sharing again. Thanks for stopping by!

I LOVE fermented foods. I started making my own sauerkraut and I have some every morning with my eggs. Love Kimchee too :)

I love them. To me fermenting adds flavor. Thanks for commenting!

You're right about modern day diets. I am trying to get away from processed foods as much as I can...but I have a long way to go. I haven't thought of fermented vegetables though. Very interesting.

Canning vs. Fermenting Food - Which Is Better?

Both canning and fermenting evolved before refrigeration. They were used to p...

The health benefits of eating fermented foods are numerous and fermenting you... 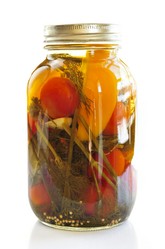 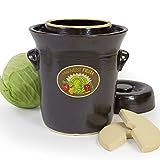 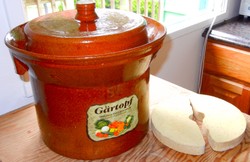 Canning vs. Fermenting Food - Which Is Better?

Both canning and fermenting evolved before refrigeration. They were used to prolong the life of food and allowed people to store food for times when it was hard to come by.
49%  6   4 Holistic_Health
Nutrition for Kids 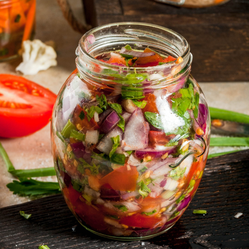 The health benefits of eating fermented foods are numerous and fermenting your own foods can be a great way to improve your overall health.
Loading ...
Error!