The use of HIV testing and counseling is an important tool to control the spread of this disease.

In 2009, 68 percent of all worldwide cases of human immunodeficiency virus (HIV) infection were in sub-Saharan Africa. This amounted to approximately 22.5 million people there with the condition. Today there are 34 million people worldwide with HIV/AIDS, but it appears that only 40 percent of them are aware that they have the disease [1].

In the United States, there are approximately 1.2 million people with HIV/AIDS, and one-fourth to one-fifth of these individuals do not know that they have it.  Screening for the disease is necessary to prevent spread of this medical condition which, in fact, has spread to every continent of the globe.  Specifically, people require an HIV blood test, and there must be counseling about health behavior change [1, 2].

When people know they have this disease, they are more likely to change risky behaviors than are individuals who have never had an HIV test.  They are more likely than others, for example, to use condoms as this significantly reduces the occurrence of transmission to HIV-negative partners.  Moreover, there may be legal consequences for HIV-positive people who do not disclose their serostatus to sexual partners.

Nevertheless, many people worldwide do not disclose their HIV seropositivity to sexual partners even though failure to do so can lead to civil or criminal penalties or both in several regions of the globe.

The World Health Organization requires that HIV testing and counseling include consent, confidentiality, correct test results, as well as connection and linkage to prevention, care, and medical treatment for the disease [2].  Naturally, counseling is a requirement for the intervention.

Couples’ voluntary HIV counseling and testing is an approach which has taken place in many countries.  It involves sexual partners who go for testing and counseling together and share the results of the test.  They also learn how to identify and reduce risky behaviors.  The greatest risk for HIV transmission is in partners who do not have the same HIV serostatus and whose relationships are long term.

When one partner is HIV-positive and the other is HIV-negative, the couple is serodiscordant.  Seroconcordant couples are those in which the partners have the same HIV test result.  Regardless of whether the couple is seroconcordant or serodiscordant, couples’ voluntary HIV counseling and testing is beneficial as it enables them to plan for reproductive health in general, and this may include the use of contraception [2].

Of all HIV-positive people worldwide, half of them who are in steady or long term relationships are in serodiscordant situations [2].

Though various measures may be necessary to control the spread of HIV, global testing and counseling will have a major role in reduction of its transmission.

Disclaimer: The information contained in this article is for educational purposes only and should not be used for diagnosis or to guide treatment without the opinion of a health professional. Any reader who is concerned about his or her health should contact their physician for advice. 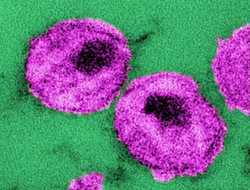 Dry flaky skin can be a painful experience. Itchy dry patches on face can occur due to various reasons. Proper skin care routine for your skin type is the best solution.
100%  8   12 katiem2
Diseases, Disorders and Conditions