How Does a Circuit Breaker Work?

Today, all buildings must have circuit breakers on the power boards.

Today, all buildings must have circuit breakers on the power boards. They act like the old fashioned fuses but they can be turned on and off. When a fuse “blew” you had to replace the entire fuse or at the very least the fuse wire. A circuit breaker takes the place of the fuse. The fuses were there as a safety precaution between the electricity coming into the house and the appliances in your house. A circuit breaker is a much more convenient product as it uses metal strips that touch when power is passing through and pull apart when turned off. 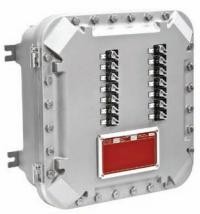 What is a circuit breaker?

Why you should have circuit breakers

This is a life saving safety electrical product that cuts any power to an appliance. If you turn the appliance on and it is faulty the circuit breaker will break the flow of electricity by switching off in a micro second.

The working of the circuit breaker allows you to turn the power off to parts of the house when an electrician is working. You no longer need to cut the power to the whole house. In years gone by a fuse would be removed from its holder or the main power switch turned off. The fuse wire that was used in fuses was very brittle and the slightest bump could cause it to break, especially if the wire in the fuse was old.

All large electrical equipment like air conditioners, electric ranges and Jacuzzis will have their own circuit breaker installed.

Most houses will have a few circuit breakers for power points and lights so not all of the house will lose power when a breaker turns off.

Circuit breakers work on a simple technique and it is a fantastic example of an appliance that does big work. Circuit breakers have become an integral part of our functioning day in and day out, and make life easier in several aspects. Most importantly, they make life safer for us and everyone in our environment.

A Comprehensive Insight into the World of Electrical Boxes

Electrical boxes systematically encase the wires which may be connecting appl...

A Comprehensive Insight into the World of Electrical Boxes