How I managed to design a Facebook Fan Page

The steps taken to not only start a Fan Page but to design a Web Site to fit and then add an Amazon.co.uk Store after first building it. Dis it cost a lot? Or was it free?

...and how perseverance finally paid off.

I have been hammered by people telling me that I must have a Facebook Fan Page.

Hammered in the sense that if I were to read all the emails and web sites sent to me I would have succumbed to the temptation to get hammered.

Course after course was offered.  The prices ranged from "Free" to "Costalot."

The efficacy of each was claimed to be absolutely amazing.  One of the things that gets me down with email offers, and I am never sure if they are "spam" or not, is the ludicrously long page that fronts up the Web Site containing the offers.

I hate long winded sales-pitches.  Which is probably strange coming from me ~ the most long winded writer on the Internet.

Many years ago when I was young and innocent I was amazingly shy.  Amazingly. Embarrassingly. Even a couple of years in the Army didn't help.  And then I took a Dale Carnegie Course.

How to make friends and influence people.  Public Speaking and How to Influence people in Business. How to stop worrying and start living. Most people have heard of them, they've been around a long time.

The students on my 14 week course had to make speeches every week.   And the Tutors (Marion and Vic Bushby - they also included a Memory Course)  stressed the point ~ if you cannot get your audiences attention in the first thirty seconds, you will never get it. ~ Boy, do I have problems with that one!  The 30 Second Bite he called it and that was in the 'Sixties.

So, believing what I was told some 50 years ago, I just cannot understand the huge volume of waffle that constitutes many of the "offers" and "guaranteed results" sites that one gets.

I did a test once.  Ctrl A - Copy and then Paste into a Text Document.  Format to Default: size = 12pts. Font = Times New Roman.  Result 16 A4 pages on confusion to read.  Admittedly they contained the pictures and graphic but not THAT much.

Then just as I was getting frustrated with myself for being a doze - deurmekaar  as we say in South Africa - and screwing up my first Fan Page at Facebook.  (It STILL says it exists but I cannot find it) two nuggets of information dropped into my lap.

The first was from a program I had been using after I had set up a Squidoo Lens for some people in Australia.  They had a look, asked me to write a biography for them and then used what I had written on a Wix.Com site.  Now I had never heard of Wix.  At that time it had over 5 million sites under its belt. Now it has over 13 million.  Wix sent me an Email announcing their new Facebook "Platform".  What, I asked. Why? How? When? Who, me?

At the same time I received an offer via Ebay ~ I have bought only one thing from EBay, as I get totally confused with the way they do things.  This Offer was from a young lad who lives on the Isle of Wight.  You could look at all his EBay Offerings.

The Isle of Wight is just south of Mudd Island where I live. It offered me a guide to setting up a Fan Page and cost around US$4.  That wasn't a great deal of outlay and if it was filled with waffle then OK I wouldn't mind losing out.  It wasn't. In fact I went straight into FB and made up my Fan Page.  I have heard that some people ask for their money back because it isn't full of waffle.  Not me - it guided me and it worked.  Of course, many readers will realize that this helped a doze and have no need for that guidance.  That is great for them.  I needed it.

The next step was to start a Wix Fan Page for FB.  I had already worked for a year or so on my own website and, in an excess of zeal, had about ten Afilliate marketing connections.  Almost all on my old "Brand".  I have now left those in abeyance.

The site looked reasonable but it lacked something.  I had links to my own Spotlight Store at Lulu for my books but I felt I needed something else.

Now I am a great admirer of Amazon.  I hope that they will survive and prosper.

When I joined Wizzley I signed up for Amazon.COM after being a customer of Amazon.CO.UK for some years.  I had signed up as an Associate some four years ago but had never got anywhere, I just couldn't figure out what to do.  I didn't realise at first that a .COM or USA account was needed.  So I treid to find my .CO.UK one.  No go.  Then I tried signing up again.  No go.  I already had one.  So I emailed Amazon.

It took two weeks of emails back and forth but at last they told me I had THREE accounts.  In the first one purchases were paid for from my bank account with one bank, and then I had changed banks.  For some reason they didn't explain, when I changed accounts the new bank included my title on the face of my card and demanded that I use the FULL name.  So Amazon opened up another account.  Unfortunately, that title was wrong and the Bank issued another card correcting it.  So Amazon opened up a third account.  Complicated isn't it? I only include the story because with the Internet anything, it seems, can happen. Especially when a doze is involved.

Amazon was Amazing.  (Hee hee.) They sorted it out for me.

However it took time and during that time I had signed up for Squidooroo with Ron Passfield.  I was focused and guess what ~ as Ron had said it would, a new opportunity appeared.  This was in the shape of Associate-o-matic.  "Make a Amazon Store in minutes with thousands of items.  Simple.

So I signed up.  Boy was I confused.  I still have no idea what the webmaster/s were telling me. What did come through was that I had to get a domain and a host. And the recommended source was US$12 a month.  Not a lot but hey, I have a problem understanding the first five paragraphs.

I was worried.  Can one actually make money on the web if one is a doze?  It would seem not. Then a couple of days later Amazon emailed me and told me that, unusually,I haven't sold anything or even opened up a store.  "Give it a try," they said.  So I did and within an hour I had a book store with Romance and Kids Books in sub-stores and then four hours later I had another section with one of my favourite authors in it.

I can almost hear the gasp.  Four hours?  Noway. Why so long. I felt I had to put them in the chronological order of events and that took the time.

So now I have a Fan Page with 150 Likes and links to my Amazon.co.uk Store and to my Lulu Spotlight Store

And so far ~ excluding all the money spent over the past four years ~ this operation has cost me around US$30.00

recommended for mostly everyone

That is as far as I've got so far ~ back to the studies, I guess. I hope you enjoyed this lot so far.

Ooops! I guess I didn't accomplish my aim which was to tell people that if you want to make money selling things as an Associate of Amazon then it doesn't cost anything to set it up. That if you want to learn a simple way of making a Facebook Fan Page then it needn't cost the earth. I spent around $40 on two courses. The best one I have seen so far is available to Wizzley authors cheaply and the FB one. I already have 189 "Likes" and have made some profit. In addition, due to my FB Fan Page I have just finished telling someone WHY I buy Sony Cameras. So I feel that the exercise has been worth it. On Wizzley chefkeem and ronpass and the team have set up a super system for any member to get a profit from Amazon.com and others with a modicum of work.

I was curious about the Amazon store and now I know NOT to get into it OR FB fan page! thank you!! little bit of ash or not, I am too old to throw it on the table and hope...30 bucks would buy both grandkids a little something and pay the shipping too!!

Excellent post, Yes, Dale course is great and now there is another one Dan Kennedy's "Game change DNA", which is a bunch of 4 videos - awesome... he is one of "Internet Marketing fathers".
So I am glad you get to a great start, this is important as after that you will get in autopilot some point, and if you keep going branding your name/business, the sky is the limit.
I am really glad you wrote this post.
.

Zazzle sellers have a few options when it comes to pricing their products for... 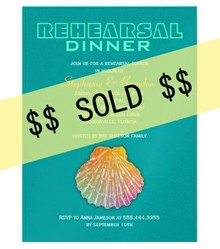 Zazzle sellers have a few options when it comes to pricing their products for sale. This page explores them.
100%  11   21 KaitlynDeMetro
Sales Page 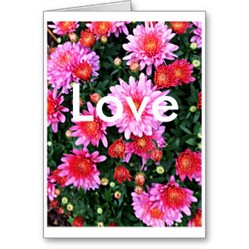