How Many Cystic Fibrosis Mutations Are There?

Find out how many mutations on the cystic fibrosis gene have been found.

But the answer will depend on when you ask the question.

People who ask this question usually know cystic fibrosis is a recessive, genetic medical condition. For those of you who have not heard the term "recessive" before it means that a person must inherit two faulty genes (two mutations) to have the disease.

A person with one faulty gene (one mutation) has always been thought of as just a carrier. But recently it has been found that a person with one faulty gene can get a disorder called CFTR-Related Metabolic Syndrome (or CRMS). This is not cystic fibrosis but is related to it. This new finding has changed how the medical community think about CF and the role of it's genetic mutations in creating sickness.

Find Out More about the CFTR Protein

The Number of CF Mutations is Changing 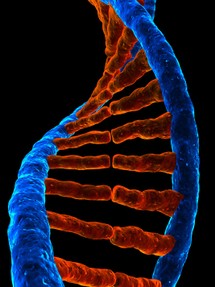 The number of cystic fibrosis mutations is changing. Does this sound strange to you? Why would the number of mutations be changing? Isn't there just a few?

You might have heard of the most common mutation which is given the name DeltaF508 but have you heard of ones like R75Q or Y1092X? There are lots of CF mutations. Some are found throughout big populations like DeltaF508. This makes them common. But most mutations that have been found are rare and restricted to family hereditary lines.

New CF mutations, especially these rare ones are being found all the time. In many older pages on the internet you might see an article saying there are 400 or 500 mutations. But these articles are now out of date. Things change fast in the world of cystic fibrosis. So just because there is a certain number of mutations this month does not mean there will be the same number next month.

So how many CF mutations are there right now as I write this article?

Today is the 31st of March 2012. Today there are 1,906 mutations listed on the official Cystic Fibrosis Mutation Database. I beat that's more mutations than you were expecting. Am I right?

Why is it Important to Find New Mutations? 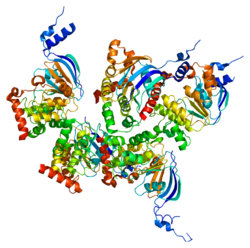 In asking how many CF mutations there are you are obviously aware that cystic fibrosis is caused by more than one mutation. This is one of the reasons why no two people with CF are exactly alike in their symptoms. Every person with CF is an individual.

Knowing about these mutations is important to CF medicine and is why they are recorded on the Cystic Fibrosis Mutation Database. Are you wondering why?

Each CF mutation acts a little differently. This is because they can be a different type of mutation. Mutations are categorized by how they are faulty and what goes wrong with the CFTR protein. In some mutations the protein isn't made at all. In others the protein is made but does not act correctly.

Explanations of cystic fibrosis have always focused on chloride. But it has been found that the CFTR gene does far more than just move chloride around the body. It also has an important role in transporting other things like bicarbonate. (In medical research the scientific term for bicarbonate is used. This is HCO3). This research has been appearing in medical journals for about 12 years and shows CF symptoms can be caused by problems with either chloride OR bicarbonate movement in the body. This was a groundbreaking finding in CF research. Knowing the different mutations had a big role in finding this out.

This research needed to look at different mutations to see how chloride and bicarbonate worked in CF. They found out that each mutation acts differently. To give an example the R117H mutation decreases how much chloride is moved about the body by 70% but the bicarbonate movement is only decreased by 37%. But with the mutation G551S the chloride movement is normal but the bicarbonate movement is decreased by 59% (Choi et al, 2001). This shows how complex CF is. It also shows how knowing more about the mutations that cause CF lets us find out more information about the disease. This knowledge will help in finding better treatments for cystic fibrosis including genetic therapies.

So mutations matter in CF!

How do you keep up with the research?

The best way to keep up to date with how many CF mutations there are is to keep your eye on the Cystic Fibrosis Mutation Database. A lot of the information on this database is technical and written for medical professionals who need to research a specific mutation. But there is one page that you will want to visit from time to time if you are interested in how many mutations there are. That page is the CFMDB Statistics. This sounds technical and boring but there is just one sentence you will need right at the top of the page.

'There are currently 1906 mutations listed in this CFTR mutation database."

This is the magic number you are after today - 1906. Next month it will probably be higher as they find even more mutations.

This is the only source of information about the number of mutations that you can trust because it is updated as new mutations are found. Everything else, including this page will become out of date quickly in answering the question of how many mutations there are exactly. So your best bet is to check out the official Cystic Fibrosis Mutation Database from time to time.

Image: Chromosome 7 where the CFTR gene is found. 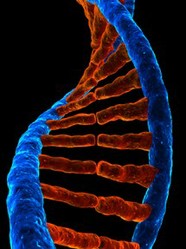 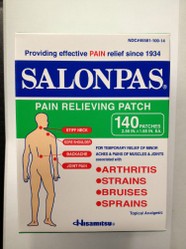