How to Be Cool in Hollywood: Actors with Cool Nicknames

People develop nicknames all the time. In Hollywood, the word "Cool" is often part of those nicknames. But if everyone is cool, the name means nothing. Today, this happens more often than in Classic Hollywood days when names were earned and given by co-stars. Steve McQueen, Paul Newman, and Sammy Davis, Jr. deserved their cool nicknames.

Some are more well known today than others

Hollywood is full of actors, singers, directors, and writers with nicknames. One of the most popular words to be included in these nicknames is "cool." Samual L. Jackson is Mr. Cool. Lauren Becall is Laurie Bee Cool. Nancy Sinatra is The Icon of Cool-really? Some celebrities have actually incorporated the word into their stage name: L.L. Cool J. and Coolio.

Does this popularity of Cool monikers diminish the strength of these nicknames so that they don't mean anything? Are these Hollywood personalities given these names because they define what it means to be cool for the moment, or for all time? Maybe when Sinatra recorded the song "These Boots are Made For Walking" her nickname was warranted. That song was a huge hit. Perhaps it is too difficult to say with current celebrities who have recently been branded by the Cool nicknames, but there are classic Hollywood artists whose longevity is tribute to the fact that Cool nicknames can be more than just joining the bandwagon of fans.

There are three Cool artists from the studio era of Hollywood whose nicknames have stood the test of time that I have always loved. Their order is nothing more than which name came up first on a list of nicknames and movie/television titles, not a reference to which artist I prefer: Steve McQueen was the King of Cool-not his only nickname, but the most enduring; Paul Newman was King Cool; and Sammy Davis Jr. was One Cool Cat. None of them had to work at being cool.

Steve McQueen: The King of Cool

A Short But Full Life

The sub-title of McQueen's television biography is "The Essence of Cool." Everything about this icon radiates coolness. The way he talks, walks, moves his body, moves his head, and looks at people is cool. Part of the reason for this innate coolness is that he makes every movement look natural and effortless. People who *try* to look cool not only do not look cool, they look awkward, insincere, and artificial.

McQueen was cool because it was natural for him. Because of this, he looked cool even in situations where not only do most people not look cool, most people look plain ordinary. A great example of this is his title role in Bullitt. No one looks cool in pajamas, just waking up, and shivering with cold. Yet this is what McQueen embodies in the scene where his fellow policeman wakes him up in the morning to get going on the case. He's woken up by the ringing of the bell, has to get up quickly to let his guest in, and start to get ready for the day-looking cool the whole time. When a man can look cool when he's cold and exhausted, imagine what he can do when he is at his best.

Sadly, McQueen's smoking caught up with him and he died in 1980 at the age of fifty. It was common practice during the studio system era for companies to pay movie and television stars to smoke on screen and no one knew then about the health risks. McQueen was not the only star to smoke on screen and become addicted, nor was he the only one to die of lung cancer. It is ironic to think that smoking cigarettes was once considered cool.

The King of Cool

Newman WAS Cool Hand Luke. He was cool not just on screen in that one fabulous movie, but throughout his career. That movie does have a great deal to do with Newman's cool screen image. His character's full name is Luke Jackson and he is named Cool Hand Luke by Dragline-George Kennedy's character in his Best Supporting Actor win at the Academy Awards. Luke doesn't let anything faze him. He stands up to bullies, for what he believes is right, and he isn't intimidated by anyone. No matter what suffering he goes through just because his mother dies and there is an assumption that every convict who loses his mother wants to escape from jail, he doesn't complain. When an opportunity finally arrives to escape, he takes it. All the time, he keeps a cool head and doesn't panic.

No matter what the movie, Newman's character knew how to be cool and how to keep his cool. Rarely do you find a character Newman played who wasn't unflappable. Sure there were some films where the man he portrayed lost his cool eventually-Cat on a Hot Tin Roof comes immediately to mind-but only after spending the majority of the film keeping his emotions in check and controlling the situation. This was especially true the further he got along in his career during the studio system era. Newman was unflappable in movies across several decades and genres such as Hud, Harper, The Sting, The Color of Money, and The Towering Inferno in which he costarred with fellow Cool Actor Steve McQueen in 1974.

Only when screenwriters started to feel the need to fill a screenplay with swearing throughout the dialogue as if the characters are perpetually angry or don't have anything original to say did you start to hear Newman swear on a regular basis. This did take away some of his coolness. He is a strong lawyer in The Verdict, but I wouldn't dream of referring to his character as cool. I find this trend in recent movies rather sad and unnecessary. Many a villain during the studio era never swore, but all were dangerous if not deadly and not to be underestimated. That is what makes Luke Jackson so cool and impressive to Dragline.

Just what couldn't Sammy Davis Jr. do in the world of performing arts? Nothing. He was actor, singer, dancer, comedian, instrumentalist of virtually every instrument in existence. If he didn't know how to play the instrument, it was because he hadn't ever picked it up to try. One of the headline members of the famed Rat Pack, he could do everything. Sinatra went on record saying that Sammy Davis Jr. was the most talented of the group. What is cooler than being talented at every art form you attempt and looking relaxed on stage no matter what is happening in real life?

Davis, Jr. had every reason to lose his cool at the height of the Civil Rights Movement. The entertainment world wanted an African American artist to bridge the gap between white audiences and black audiences. The perfect man for this was Sammy Davis, Jr. Everything on stage was wonderful. The problem was that African Americans were not thrilled with him being so popular among white fans. The difficulty worsened when he married a white woman and converted to Judaism. Suddenly, he was no longer welcome at marches in Washington. He was too controversial. Throughout this real pain, his stage antics remained the epitome of keeping one's cool.

I have a live recording that the three main Rat Packers-Sinatra, Dean Martin, and Davis, Jr.-made of a performance of their popular show at The Sands in Las Vegas. When Davis Jr. gets on stage it is the middle of an extended conversation between Sinatra and Martin. The banter and supposed mistakes are so natural that the uninitiated might be forgiven for thinking this was all ad libbed. It wasn't-every single pause, error of lyrics, and mispronunciation was fully scripted and repeated every show. The banter on stage between the three of them is full of political incorrectness-some of the language makes me cringe-and they make direct reference to the controversy in Davis's career. Race relations are a big topic, and it is suggested jokingly that Sinatra and Martin are the only friends Davis, Jr. had anymore. No doubt joking about the situation helped ease tensions and maintain Davis Jr.'s career at a difficult time in his life. But the situation was serious, and taking away the tone of voice such language in another setting could have led to dangerous action.

How did Sammy Davis, Jr. manage to make his career survive throughout and beyond the controversy? By keeping his cool and having friends like Sinatra and Martin. If he had blown up about the backlash facing him, his career might have been over permanently. The entertainment world is full of artists who stated or did something which immediately turned the public against them. Some people recover their careers eventually while others are finished. Sammy Davis, Jr. knew that keeping his cool was the best thing he could do to save his career.

Thanks, Vinaya. I enjoy talking about my favourite actors.

Justin-thanks for checking this out and sharing your thoughts on swearing and anything done excessively.

great article, Flora... and I'm with you on swearing. I don't mind it and I use it in my writing, but anything done excessively loses effect and shock value. Great tribute! 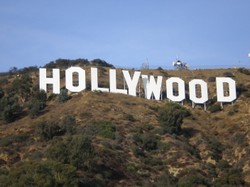