Can you earn a living with fairy tales writing? I know I can and I am sharing several tips with you, so you can do the same!

When I decided to become a full-time writer, I have had already a lot of works published. But all of them were for an adult audience. While I tried to continue and expand writing in the same areas, it was soon clear I should not neglect the kids market.

It is bigger, with higher demand (and competition) and more possibilities of earning. Several editors suggested me exactly that. First thought about writing fairy tales for kids are for most people books, especially picture books, but there are numerous other possibilities just waiting to be explored.

(all presented images are copyrighted by Tolovaj Publishing Slovenia)

This article lists 10 ways to earn money with your own fairy tales:

It's an obvious yet not the easiest way to earn money with writing fairy tales. Publishers need to invest relatively a lot of money and energy in a book for unpredictable return. Unknown authors are especially risky. The audience doesn't know them, libraries are reserved at orders of a new name, the investment in promotion is unpredictable.

Books are not the easiest way to start a career as a professional writer, no matter if you address kids or grown-ups. But fortunately, in the market of fairy tales, you have other options as well. Some of them are surprisingly profitable.

Books are best for one longer or several shorter stories

Have you written a fairy tale?

It's another obvious possibility of earning money with your fairy tale. With an accomplished illustrator publisher's risk is significantly lower, but a majority of fresh authors doesn't have a clue about specifics of this genre.

They write too long dialogues, don't change enough scenes, can't level descriptions with action etc. Yet, if they are willing to adapt the story a bit, this can be a great opportunity for building a name and have some great time along the way.

This is much easier than the first two options. Why? There is much greater demand for stories among magazines. They have to publish an edition every month and they need fresh material all the time. The editors are not so demanding than editors of books because the expense for your story is significantly lower. The story can be written in freer form than at picture books, because there is typically only one illustration accompanying your part.

You can still earn good money if you regularly publish fairy tales in magazines. If you are good, your name will become popular and editors of books or picture books will look at your offers much more favorably.

But! It's still not easy to publish a fairy tale in a magazine. Some of them have still very high standards, almost impossible to reach for beginners. And some of them are pretty closed companies with a selected circle of writers and illustrators where a new name can enter only one in a couple of years. So - you need to try and try and - try again.

A fairy tale is made for being told, but most of the new authors too often forget this simple fact. Not every radio station needs fairy tales but our nation station, for instance, broadcast a fairy tale every single day for more than 60 years! You can imagine it's a lot of fairy tales. Not everyone if a premier, because in so many decades their archive grew already pretty big. I managed to publish several hundred (!) fairy tales in national radio and by the way, wrote several dozens radio plays as well.

A simply told fairy tale is written and read by an actor.

A radio play, on the other hand, is a dramatized text with dialogues, ambiences etc., what is much harder to make, yet it can be done. I love creating both.

A told fairy tale recorded on whatever media will never replace a parent's voice but it is practical enough for many situations (think about long rides in a car or kid's waiting in his room while you finish some works in your kitchen). I tried to convince several editors to publish my stories on audio media as well, but the best things happened when I decided to invest some time and money in recording under my guidance. We created several dozens of CDs and had pretty good fun at the same time.

If you are more of a visual than audio type, a dramatized fairy tale for a stage can be your next best bet. You have two major in this area too: with real actors or with marionettes. Each one of them has its pros and cons and most of the fairy tales can be adapted for both. If you are willing to learn and work on your own texts, of course.

It's a major media with a huge demand for all kinds of texts, including fairy tales for children of all ages. If you find your way into production circles with a winning combination of good scenarios and healthy connections among producers and directors, you can write for a television as well. Here are two major options: shooting fairy tales with real people or making animated versions. Again, there's a learning curve, but a lot of possible rewards. Definitely worth considering!

Some authors prefer reading their own fairy tales in front of live audience. Schools, libraries, and literary festivals are only a few of possibilities to present your original fairy tales, make some money and meet a lot of new interesting people at the same time. This kind of earning can be pretty time consuming but if you are in demand, you can get relatively good money.

All these possibilities can make you money even before going international!

The web is new media and perhaps the most democratic of all.

You can become a YouTube star or have a successful blog with your fairy tales - written, recorded, played or whatever you prefer.

If you can find a few sponsors on your own or run advertisements by a third party, there's also a lot of money for entrepreneurial authors.

But it's a hard work for beginners and probably not the best road to take if you want to earn fast.

Copyright law is not the same in all countries yet, in general, every reprint, replay or another kind of reproduction demands payment of the author. It's not a full payment like at premieres, but it adds up if you have a lot of already published works, a lot of books in libraries etc. Several agencies are taking care of your earning (for a fee of course), so you can still focus on creating new works, but money from your old fairy tales can still come to your account. Every author in European Union, for instance, gets a few cents for every borrowed book written, illustrated or translated by him. The most popular authors get several thousand Euros every year just for that. Again, it's not money you can count on from the beginning, but definitely an important part of an income for serious authors of fairy tales.

What are you waiting for?

Go and write your own fairy tale!

Thanks, katiem2. All the best to you too!

Very interesting, congratulations on your success.

Hi, katiem2, glad to see you again. I started my writing career as a journalist and had my first novel completed (and published at the biggest publishing house in country) at early twenties. But these works were not for kids. Soon after I became a full time writer, so I needed as many streams of income as possible. I learned on the go.

Right now I have enough work in my country to make decent living and not enough energy to expand in America (which, frankly, is by far the most interesting market for a writer). Having a good literary agent or some kind of connection with a major publishing houses would be awesome, but at the moment this is beyond my reach.

P.S. I would love to hear more from you about the art work and how it came to pass.

Well, Well, WELL, you have blown me away, so glad I found this and what an inspiration. I enjoyed the work I have completed with children's books so far and yet this is eye opening. You have an impressive collection of fairy tales for kids. I love writing a whimsical sort of story and now will give some very serious thought to fairy tales, we could use some new and fresh fairy tales with a modern take. WELL DONE!

Hi, Mira, great to see you again and thanks for your comment. You are right, it's best to invest a lot of time into one project if you want to see a success. I think it is true everywhere. Unfortunately I don't have so much time I would like to spend on my favorite subject and I am also involved in numerous other projects, so I just dive in when I find an opportunity ...

Wish you good luck on Z, I know it's a hard and demanding work, but can also be a rewarding one.

Wow! It sounds like an inspiring activity, getting involved with writing, producing, and promoting fairy tales, but I believe you have to spend a lot of time with children in order to write these stories. I hope to make a breakthrough, eventually, with my graphic design. I have started on Z. a long time ago, but only worked there in chunks of time separated by long intervals of doing other work. It sounds to me that you dedicated all your working time (and some of your personal time) to these fairy tales, so maybe that's an important part in achieving success. On the other hand, I feel compelled to get involved in different projects in order to stay creative. So I don't really know :) All the best to you!

Thanks, sandyspider for stopping by. If you need additional info, you know where to find me:)

This is an inspiration. Great tips on writing fairy tales for kids.

My pleasure, cmoneyspinner. If you or your daughter have any additional question, don't hesitate asking! 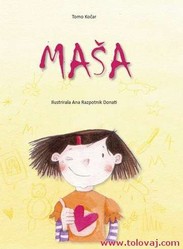 In modern times we too often forget the importance of reading fairy tales to our kids. Why are fairy tales so important?
100%  28   13 Tolovaj
Search Engines

Do you write on line? Looking for some tips on writing for the web? Want more readers, more interaction with them, maybe even more sales?
Loading ...
Error!