How to Travel Long Distances With Cats

My story about traveling long distance with two cats. How I planned, what I bought, and the end results, with advice for anyone traveling with cats.

I sold my New Hampshire house and had to drive to Florida with my two cats. I knew it would be at least two long days of driving. I needed a good way to keep the cats happy and safe on the road and while staying in hotels.

Although I could find some online articles about traveling with cats, the advice was too general to really help me. What I needed was specific information. I wanted advice on which type of carrier worked best for the ride. I would also need to transport the cats from the car to a pet-friendly hotel room in the evening.

It took a lot of searching through various advice pages, and reading Amazon reviews of cat products, to finally decide what I would try. Some items I bought were returned, and some worked out very well.
I'll share my first hand experience here for those of you planning a similar excursion.

All in all, the three day trip went better than expected, and the cats settled down and accepted their circumstances after the first few hours. By the second day, they were quiet the whole day.

Once I realized I would need to move back to Florida, my biggest concern was how to move my cats comfortably.  I had traveled with dogs before, but never with a cat.

Fontana meows constantly on the 20 minute ride to the vet, and Skittle tends to get car sick on any short trip.  Now I had to deal with taking two of them with me, in the back of my Subaru Forester, while I drove 1400 miles down the eastern seaboard!

Along with selling the house and moving, it was an additional stress I really didn't need.  To overcome my anxiety, I decided to be well prepared far in advance of the trip and it paid off.  We all spent three long days together, but made it to Florida just fine!

Cage Size and Fit in Vehicle

Day 2 of the drive to Florida from New Hampshire. Fontana on far left, and Skittle. They didn't love it, but they did fine.

I bought two of these cages, one for each cat. They are sturdy and provided a comfortable ride and good views.

After researching and purchasing some things I didn't need, in the end I chose to use two of the MidWest Life Stages Dog Crates - see image and link below.  Each cage measures 24 x 18 x 21 inches.

Why a crate and not a typical cat carrier?  Give the cat some room to move and a clear view to enjoy the scenery.  Our driving days were long and the cats could not get out until we stopped for the night at a hotel.  Cats need food, water and litter during the trip.

The small dog crate is easy to set up - it basically unfolds.  There was plenty of room for the portable litter box on one side, with space for the cat to sit on the other.  I included two small dishes for food and water, and a disposable pad on the bottom pan, to soak up any spills. (All items I used are listed further down this page.)

I drive a Subaru Forester, which is not a huge car, but with the back seats down, both cages fit fine with room to store suitcases and boxes and my computer.

This MidWest LifeStages Cage for Dogs is What I Used for each cat - It Worked Great!

I bought two 24 inch cages / crates, one for each of my cats. I added a "perch" in one cage - see photo below.

Cats in Cages Go Straight Into the Hotel Room

This is not a one man / woman job.

The two nights we had to stay at hotels, my sons and I carried the cats, in the cages, into the room.  These cages with cats, litter boxes and food bowls were heavy - one person alone could not do it!  It took two of us to manage.  It was the safest way to keep them from getting away, which was my biggest fear.

Alternatively, the cat could be put into a carrier, such as the one we use to go to the vet.  One person could then carry the cat.  I didn’t want to try to do that in my car for fear the cat would escape.  I had my two grown sons with me and they carried the cages into the hotel room.

This was easier than I had thought, so it's perfectly fine to wait and get a hotel the day of your stay.

I was a little worried about finding a good hotel that was pet-friendly, but there were plenty of them around to choose from.  Each afternoon on the road I would look up the area on my cell phone.  Then I would call to reserve a room for the night in whichever city / town we would be coming to along the highway.

Some hotels charge an additional amount just for the pets, and some don't.  In my case, I didn't know from day to day how far we'd get, so each day I called to book a room in the afternoon for that night.  Weather can cause delays, and so can traffic.  Once we had a pretty good idea of the time of arrival, I'd look on the map and find us a place.

We stayed at LaQuinta the first night, and at The Hampton Inn the second.  They offered very similar rooms, which were both nice.   One difference between the two hotels was the much better, free hot breakfast offered at The Hampton Inn!  It was the highlight of my trip.  Breakfast never tasted so good after 2 days on the road.

LaQuinta put us on the 3rd floor which was more difficult to get to, so I requested the first floor the second night.  I had my two sons with me and they carried the cat cages, but they were heavy and cumbersome to manage on the elevator.  Try to avoid that!

Once inside the hotel room, I let the cats have their freedom, and did they ever appreciate it!

Stopped For a Break, Skittle Rests on The Second Story

Usually this cat gets car sick! Not with a good view from her wooden perch. She never got sick in the three days of riding.

Skittle Gets An Addition

This wooden platform gave her a nice view while riding.

My daughter's boyfriend, who is a carpenter, suggested a second level addition to one of the cages.  He built a simple platform that rested on the bars to create an upper level for Skittle, the smaller cat.  It gave her more area to use, and she could move around from top to bottom as she wanted.

It turned out that she used it a lot, and she never got car-sick once during the three day long drive!  The upper level gave her an outside view and that kept her happy.

A small litter box is necessary just in case kitty has to go.  If they don’t use it, it can be part of the place for them to sleep.  My cats sometimes did that.  Only add enough litter to the bottom to scratch up, so it doesn’t spill out.

Once we finally arrived at our destination, I emptied the litter into a regular litter box and hosed out the fabric boxes.

Keeping the cat cage clean for all day travel.

Each of my cat crates had an absorbent dry pad lining the bottom.  The DryFur pads shown, which I used, don't completely cover the bottom of the crate, but they do the job fine.  They absorbed any spilled water to keep the cat from sitting in a puddle.  I left them in the cage for the three days it took us to arrive at our destination.  Then I threw them away.

Food and water bowls were a big challenge for me.  The bowls needed to be small enough to give the cats enough space to lie down without disturbing the dishes.

I opted for this small hanging metal bowl for one cage and put dry food in it.  I also used some small bowls from the house.  My cats ate and drank very little whenever they were in the car. They did their eating, drinking and pooping while in the hotel.

Each of the two nights we stopped at a hotel, I re-filled their bowls with clean water and fresh food.  I let them out of the crates in the hotel room, but left the crate door open so they could use the litter box.  In the morning I emptied the water before carrying the cats out to the car, and filled their water bowls, from a plastic water bottle, once they were "packed" in the back of the Subaru.

Advice and lessons learned from our trip.

The cat's name and my phone number is printed right on this custom collar.

My cats don't ever wear collars.  I worry that animals who go outside will accidentally get caught on something and get hurt or stuck.  I also think that a collar must be a bit uncomfortable.  But I wanted to be prepared in case the cats got away from me somehow.

When ordering, I could choose the collar color, the text color and then add the cat's name and my phone number, which is embroidered right onto the fabric!  Simple and ingenious!

One complaint from customers who have bought the collar is that the text gets covered when it's tightened to fit the cat's neck.  And some people said the collar was too loose for their cat.  But 75% of 730 reviewers gave it 5 stars.

THESE ARE BREAK-AWAY COLLARS - so don't attach them to a leash.  If the cat pulls on the leash, the collar will come apart and the cat will be gone!

Plus you can choose your color combination.

Any additional advice about traveling with cats?

Vacation on a New England lake in New Hampshire with an old Indian name.

When your cat is part of the family you need to treat it that way. When it is... 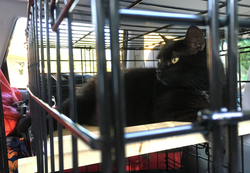 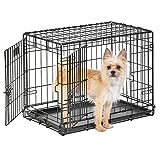 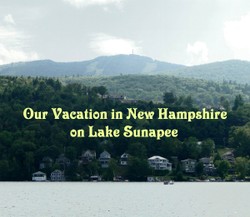 Vacation on a New England lake in New Hampshire with an old Indian name.
93%  5   30 iggy
Cat Supplies and Accessories 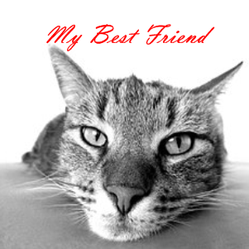 When your cat is part of the family you need to treat it that way. When it is always there for you when no one else is it becomes your best friend.
Loading ...
Error!