How to write concisely, yet well

To be a successful writer, you should learn to write concisely. Here's a definition of concise writing, along with tips on writing concisely.

I teach writing at the university level, and I teach my students to write concisely.

By "concise" I don't necessarily mean "short." The length of whatever you're writing will depend on the scope of your topic; sometimes you'll need to write just 100 words, other times you might write 10,000.

This book is for anyone who writes non-fiction, or wants to, from freelancers to bloggers to news writers and more.

If you doubt the need for concise writing, consider these examples

For good examples of concise writing, listen to radio or television news reports. Both mediums have just a short time to tell a story, forcing writers to write succinctly, even tersely.

News announcers typically speak at a rate of about 170 to 180 words per minutes, and on average, the typical TV news story is about a minute and 30 seconds. That gives TV news writers only about 250 to 270 words to tell a story.

Radio broadcasters have it even tougher; the average radio news story runs 20 to 30 seconds, meaning the newscaster must tell the story in just 60 to 70 words. So broadcast writers learn to write concisely, yet clearly.

As another example of the value of concise writing, consider some common proverbs that are expressed in long, complicated sentences. See if you can determine the original adage. The answers are below.

1. A condition characterized by tardiness is more desirable than one that is systematically marked by eternal absenteeism.

2. In the absence of the feline race, certain small rodents will give themselves up to various pleasures.

3. It is fruitless to attempt to indoctrinate a superannuated canine with innovative maneuvers.

4. Illegal transgression has no remuneration for its perpetrators.

You can see the value of using short words and concise sentences. Only three words in these four well-known proverbs contain more than one syllable, yet the thoughts contained in them have lasted scores of years. If the third proverb really read, " It is fruitless to attempt to indoctrinate a superannuated canine with innovative maneuvers" how long would people remember that? But everyone remembers "You can't teach an old dog new tricks."

Here are a few ideas to help you trim your writing to its most concise level.

about, after, along, around, at, before, below, between,
during, for, from, in, inside, into, of, over, through, to, under

Search your story for these words; you may find you can eliminate the phrases they introduce with no change in meaning.

Journalists learn to strike almost all adjectives and adverbs from their writing because using them may imply a meaning that may not have been there in the incident or event they're reporting. For example, a well-trained journalist wouldn't write, "The mayor stridently said he wouldn't support a tax increase." Good journalists know they shouldn't imply a meaning to the mayor's words that may or may not be there.

Instead, the journalist would say, "The mayor said he wouldn't support a tax increase." Although your story or book may not be journalistic in nature, you can learn from these trained writers to trim unnecessary, and perhaps misleading, words.

Passive: The tax increase was approved by the commissioners.

Passive: Our burgers are enjoyed by kids of all ages.

Active: Kids of all ages enjoy our burgers.

The snag with this advice, good as it usually is, is that our conversation is laced with filler words that don't add anything to our meaning. Probably we do this because our minds think faster than we can talk; we unconsciously add those extra words to let our mouths catch up to our brains.

Here are a few examples of meaningless words and phrases I've collected from my university students.

Mickey Mantle was such a great baseball player

This product doesn’t cause any burning sensations

He's a good man, on and off of the court

You can find information online at anytime

Mickey Mantle was a great baseball player (one fewer word)

He's a good man, on and off the court (one fewer word)

You can find information online anytime (one fewer word)

Notice I didn't change the meaning of any sentence; I just cut worthless words.

You’ll remember the concept of “helping” or “linking” verbs from high school English. These verbs carry no real meaning. Replace them with more forceful verbs.

Here is a partial list of helping verbs to avoid:

The negative side of these verbs—cannot, shouldn’t, won't, etc.—are also weak. Likewise for contractions, such as I’m, you’re, can't, etc.

You can’t always avoid using these weak verbs. (I used one in the preceding sentence.) But when possible substitute a stronger verb.

Doing so will not only make your writing more concise by cutting words, it will add additional punch to your writing, making it stronger. Here’s an example: “Smith was an excellent student in high school." Avoid the weak verb was by writing: “Smith excelled academically in high school." We're saving two words and writing a stronger sentence, too.

How to tell if your writing is concise

If your word processing program contains a grammar checker, run your story through it. The grammar checker will not only point out ungrammatical sentences, but will tell you your story's readability. Readability statistics may include the following items:

Although the following numbers may be different depending on your audience, these are good guidelines to follow.

This is an excellent English refresher course. Many writers, myself included, can improve our writing.

Excellent advice delivered in a very concise article. I'm pinning this to My Online Writing board.

How to Take Notes in the Shower

Ever had a brilliant idea come to you while you were showering? Capture that ...

Are you struggling to get over writer's block? Here are a few tips that help ... 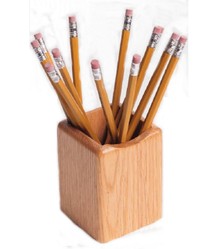 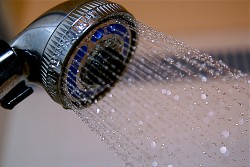 How to Take Notes in the Shower

Ever had a brilliant idea come to you while you were showering? Capture that creativity by taking notes in the shower with these handy tools.
39%  4   4 AlexandriaIngham
Writing Tips 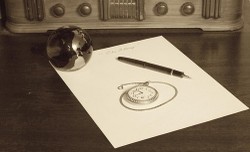 Are you struggling to get over writer's block? Here are a few tips that help me during the annoying time when my muse just doesn't want to work.
100%  17   21 WiseFool
Creative Writing