A sable ferret can be a lively addition to your family. Get some fun facts about the sable ferret and learn what you can expect as an owner to this exotic pet.

Ferrets can be Wonderful Pets!

If you are looking for an exotic pet, you should consider getting a sable ferret as a member of your family. The word 'sable' refers to one of the two basic coat types for a ferret (the other one being the albino) and is the most commonly found coat colors for this small mammal. Let's have a look at some interesting facts about these ferrets.

History and Appearance of the Sable Ferret

Think of how a wild polecat looks and you will have a good idea of how a sable ferret looks like. This is not surprising since ferrets are believed to be a descendant of a European polecat variety and descriptions of ferrets have been found in Ancient Greek writings dating way back to 63 BC.

The head of the sable ferret is of a light white color and there is a dark mask around its eyes. This dark mask, which gives a unique appearance to this exotic pet, generally begins to appear when the kit (the baby ferret) is around 2 weeks old. When the kit is young, this dark mask appears as a vertical band of dark hair between the eyes. Once the ferret becomes mature, this vertical band turns into a dark mask.

Weight of the Sable Ferret

An interesting fact about ferrets is that they all weigh around five pounds. So, how can the sable ferret be any different? Jills or the females usually weigh around two pounds and the males or the hobs can weigh anywhere from around three pounds to seven pounds.

Age and Length of the Sable Ferret

Most people are not aware of the fact that ferrets belong to the weasel family. They are not rodents. Six to ten years is how long your sable ferret will probably live as a member of your family. The males can grow up to a length of twenty-five inches and the females are generally smaller than the males.

Other Fun Facts about the Sable Ferret

Your sable ferret will shed its coat in the spring and the fall. This process is called molting. You should also know that the albino gene is recessive to the sable. So, if you breed a sable female with an albino male, the kits will be sable with albino genes. However, the female sable should have no albino gene in this case.

Sorry to hear about the water bed. But I guess the cute little face made up for it :)

How cute, I had a ferret who chewed a hole in my water bed once, they are so curious, who needs a water bed anyway? Ferrets as pets are far better.

Are you thinking of buying a house cat? Why not get a European shorthair cat ...

Are you looking for information on African Grey behavior? Then you have come ... 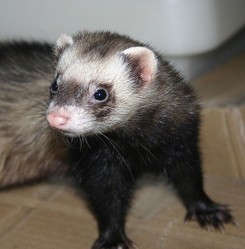 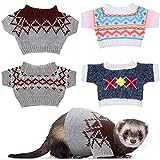 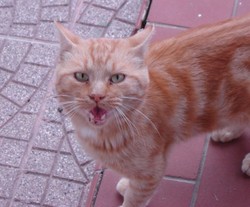 Are you thinking of buying a house cat? Why not get a European shorthair cat as your pet?
39%  4   4 Roohi
Parrots 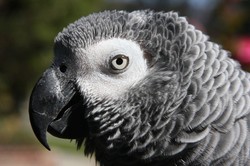 Are you looking for information on African Grey behavior? Then you have come to the right place. Learn about the typical behaviors of the African Grey parrot.
Loading ...
Error!