Intro To Psych- What is Psychology? Experiments Theories

This article is based on a college course on Introduction To Psychology.

The Psyche is the mind. Psychology is the study of the mind. Often, we learn from animals about humans. In Psychology we learn about lifespan and development and psychosocial development. There is a wide variety of behavior in people. Psychology is how people think, play, work, every aspect of human life.

Examples of covert behavior, hidden behavior that is not obvious to others, is when you are sitting in class and daydreaming. Other examples are reflecting, fantasy, dreaming, remembering, and problem-solving.

Empirical evidence is fact or knowledge/data that is based on direct observation.  We all perceive things differently, the mind can’t take everything in at once, so it focuses on different things.  In psychology, you need to make observations and seek evidence, do experiments and then you become a better observer. The Scientific approach is to do an experiment to test the hypothesis- more on that further down this page.

Comparative Psychologists study other species and compare similarities and differences between species. When studying animals, we need to avoid anthropomorphic fallacy: the interpretation of animal behavior based on our knowledge of human behavior. For example, if you see a bunch of chimpanzees pulling feathers off each others’ backs, you may think they are sharing, or cleaning each other, while they may be doing something with a completely different reason behind it. There is a danger in attributing human thoughts or behavior to animals.

Psychology is an outgrowth of philosophy.

The father of psychology is Wilhelm Windt, from Germany, he created the first psychological laboratory to examine different senses, feelings and the mind.

Edward Tichner brought Windt’s ideas to America and called it Structuralism- building blocks of the mind. This was in the early 1800’s.

William James was an American psychologist in the 1860’s. His ideas included animal behavior and religious experiences. He came up with functionalism: how the mind functions.  Not just a set of building blocks like with structuralism. Functionalists were influenced by Darwin, the idea that things evolve. This gave rise to educational and industrial psychology.

Behaviorism was discussed by John B. Watson when he observed relationship between stimuli in the environment and responding to it. He adapted Pavlov’s idea that you can train people just like he trained the dog to salivate by ringing the bell and then giving food. He said, give me a dozen healthy infants and I will train them to be anything that I choose: a doctor or a thief or anything else... He was very arrogant. Watson eventually left psychology and went into advertising.

With his idea of behaviorism- of being able to form people into anything- he did not take into account that people have free will and inborn personality traits which can make people gravitate to other ways. People sometimes break away and rebel and they are drawn to other things. People have personal likes and dislikes and people sense things differently and taste differently. Training is very important. People can be impacted strongly.

BF Skinner did a behavioral experiment called the Skinner Box, where rats learned that if they push a button they get food.

It’s important to know how to reinforce positive behavior.

Gestalt (pronounced Gishtalt) Psychology was discussed by Max Wertheimer, a German psychologist. It says that there is a pattern forming a whole. It is a psychology emphasizing studying things as a whole, not in parts. For example, if you have a dream about a rowboat going to shore, notice each part and detail of the dream, and put it together as a whole thing coming together.

Conscious thoughts is just the tip of the iceberg, but 90% of the iceberg is under the water, meaning that most of our thoughts are subconscious, yet some are near the top and can float up and be seen while some are buried deep down in the unconscious and will never come up.

In therapy, a person talks about dreams and thoughts and hopefully some subconscious thoughts would float up.

Social Psychologists study how people relate to others, like different groups relating to each other, for example a group of people moved from one continent to another, and they might help in a mass riot situation and public events.

Clinical Social Workers and Psychologists are found in clinics, hospitals and private offices, working with people, to help them.

For example: Honse the horse was a horse that allegedly could do math, if a person would ask it a mathematical question it would tap it’s hoof the amount of times of the answer. For example, if you say what is 2+2, and the answer is four, he would tap his hoof four times. A person could come to a hypothesis that the owner is giving signals to the horse regarding when to start and stop tapping the hoof. So then do an experiment: change the conditions, send the owner out of room. When this was done, the horse still gave the answers. So they would keep hypothesizing and experimenting. They eventually found that each time, the questioner would look down at the end of question, and the horse would start tapping, and when it came to the right number the questioner would look up and the horse took the cue from the questioner to stop tapping.

A Theory is an idea to explain a phenomenon.

Sometimes psychologists go into naturalistic settings, such as going into a jungle, however, this might cause the observer effect, which is that animals will act differently when people enter their jungle and  observe them.

Observer bias is when someone distorts facts in accordance to one’s belief, to match one’s expectations.

Human judgement is open to distortion and bias. For example, a study was done that came to the conclusion that adults who ate Frosted Flakes when they were younger, would have less cancer than those who didn’t eat it. This correlation is not correct, because at the time, all elderly people didn’t have Frosted Flakes in their childhood, since it didn’t exist when they were younger. Sometimes results to studies are not correct.

The Survey method is to poll large groups of people.

Experiment is one of the most powerful research tools. An experiment is a formal trial undertaken to confirm or disconfirm a fact or principle.

In order to conduct an experiment, the following must be done:

2-      create 2 or more goups of subjects who are alike except for the condition you are varying. Need the control group and experimental group to compare.

3-      Record whether varying the condition has any effect on behavior.

Experiments are powerful research tools and it is needed to prove that something actually works.

Scales show that there is improvement with therapy, but it is hard to get proof of such a thing.

When doing a controlled experiment, the difference should be only in the variable, and all other facts should be controlled.

Introduction To Psychology by Dennis Coon: Buy It Here:

For this course, we studied the book "Introduction To Psychology, Gateways to the Mind" by Dennis Coon.

The Placebo effect happens for example because a person thinks the doctor gave medication, the expectations trigger a response, though the pill is actually sugar or nothing of consequence. Expectations effect outcomes. Therefore if you want to test a certain drug, if you give some people a pill and others no pill then the people who get a pill will naturally be more likely to improve since they have expectations. So to be more accurate, some should get the drug and others should get a placebo, without knowing who got the placebo.

A Single blind experiment is when subjects don’t know which group they’re in- experiment or control, but the experimenters do know.

A Double blind experiment is when both the subjects and the experimenters conducting it, don’t know who is in which group.

Self fulfilling prophecy is a prediction which influences the course of events. As an example:  Students that were labeled a having high IQ ability improved much more than the students placed in the low IQ ability class, when really all were of equal ability.

People live up or live down to others expectations. If they are told they’re bad, they believe it, and they’ll either do bad things, or they may not do anything bad and still think that they are bad. When people make statements like “ I’m the black sheep of the family” or “I’m my mother’s most precious treasure”, they are affected by others expectations.

A case study experiment is when it’s one of a kind, because it is a rare situation, and in that case you can’t have a group experiment, but you learn from looking at the individual. For example, a person was in an accident and had a pole that went through their head- he can be studied to see how this affects him, but obviously there is no group to compare with.

The Survey method is a poll with a lot of people in it, to accurately reflect things.

Clinical experiments must be done correctly.

In the 1970's, a survey was done and it was predicted that Alfred London would win by a landslide, but actually FDR won by a landslide. Why was the poll wrong? The Survey was done by phone, and at that time only wealthy people had phones. Additionally, people tend to be polite, so they might just give an answer which isn’t accurate, to agree with the questioner and get them off the phone. This skewed the results.

There is a Tendency for a person to believe flattering descriptions of yourself.

Pseudo is a term used when it’s not considered an actual science.

Pseudopsychology is when it's considered not so real, like astrology, reading palms, reading face (phrenology), reading handwriting.

“Fallacy of positive instances” is noticing information that fits your expectations and forgetting discrepancies.

“The Barnum effect” is the tendency to consider a description accurate if stated in general terms. For example, if someone states: "At times you are sociable and at other times you like to be alone" - this description fits almost anyone.

Pseudopsychology is believed or not believed depending on the person’s experiences and religious positions. Sleepwalkers, ESP (extra-sensory perception) some people say they have it and believe in it. Different textbooks will recognize different things.

8 Creative Ways to De-Stress, Some of Them Unusual and Great Fun

Great ways to relax and unwind, while also staying inspired. Try them, and yo...

What Equipment Do You Need for Ghost Hunting

Here is a guide to the basic equipment you will need when ghost hunting. 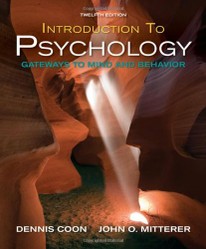 Introduction to Psychology: Gateways to Mind and Behavior
74%  10   6 Mira
Psychology 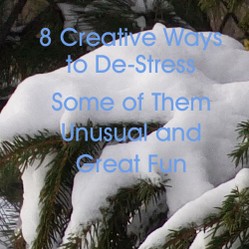 8 Creative Ways to De-Stress, Some of Them Unusual and Great Fun

Great ways to relax and unwind, while also staying inspired. Try them, and you’ll see they can make quite a difference!
15%  0   2 jdesalvo
Psychology 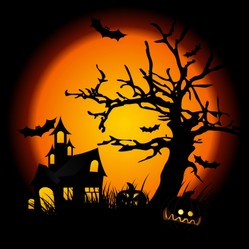 What Equipment Do You Need for Ghost Hunting

Here is a guide to the basic equipment you will need when ghost hunting.
Loading ...
Error!