Britain has some trouble with plants and animals that have been introduced and which have harmful consequences for the environment.

Genuinely native flora and fauna in Britain are those that came independently of humans after the Ice Age ended, and these are not many in number. However, Britons have roamed the world in ships, bringing back with them a wide range of species. Some, such as tomato and potato, along with peppers and aubergines, are very welcome, and there are tree species such as horse chestnut which people think are native. Many can be regarded as naturalized now. But there are some animals and plants that we would be better not having. Some of these are truly invasive species that create havoc in areas where they are found and must be eliminated.

Image above by Philip Kinsey

There was once a very nice person who thought that he would import Japanese Knotweed, because he believed that it would look good in his gardens. People liked what he had brought in and others took to it. Then it spread and spread and spread. Now there is a whole industry dedicated to eliminating this species and it is illegal to grow it. If you find it growing on your land you must destroy it or send it to a dedicated waste disposal site. Even a tiny bit remaining in the soil can enable a whole new plant to spring up. I have seen it surround and destroy an elder tree, by starving it of water. It can push its way  through floors, and when people are buying houses the survey prior to buying asks whether Japanese knotweed has been found. Finding it can result in a mortgage application being refused. One good point is that all Japanese knotweed in Britain is female, as it is one giant clone reproducing vegetatively. When it is fertilized by British relatives it produces a weak plant, but hopefully no one will introduce a male plant. Then we really will have trouble.

There are ways of getting rid of it. You can massively dose with glyphosate, a systemic weed killer,which is not organic, but there is no organic way of ridding yourself of this weed. Eradicators sometimes excavate deep down, take up the crown, which resembles its relative rhubarb, and then cover the whole area with a geotextile, which is then buried. A recent hopeful advance is the introduction of a psyllid, an insect that feeds upon it. This has been introduced in three areas of the country as an experiment, and we are awaiting the results at the moment.

Apparently, Japanese Knotweed is edible, and is close to rhubarb, but pregnant women need be careful, as it can induce miscarriages.

Himalayan balsam is a good looking plant, but currently it is regarded as a major problem. The reason is that it loves water, and Britain is a wet place, especially in the North and West. This plant is smothering the banks of many a water way and crowding out vulnerable native species.

We also have trouble with a very popular garden plant, rhododendron. Some people love them,  others hate them, and there is apparently a group dedicated to touring the country to destroy wild rhododendrons. The trouble is that they are fine in ornamental gardens, but they spread, and once out of control can take over a landscape. Rhododendron versus Japanese knotweed: the final showdown! Not really, as knotweed likes damper places than rhododendron does, so these two marauders are each carving out personal territories.

A problem with rhododendron is allelopathy. This is a phenomenon in which a plant exudes a substance toxic to plants around it, and rhododendron releases its toxic substance into the soil, rendering it useless to other plants, so when rhododendron is cleared the soil needs treatment or may take time to recover.

Poor old bracken! It's an unwanted native fern, unloved by farmers and despised by many walkers, cloaking hillsides, toxic to animals and possibly with carcinogenic spores. But it only survives in such quantities because we have ceased using it, so it is not picked, whereas it used to be valued for animal bedding, and because it has spread across poorly maintained moorlands and not been checked. Humans have not managed the moorlands as they ought, but then they wonder why a tough little survivor, bracken, [Pteridium aqualinum] spreads. Yet there is some hope for balance. Recently a Cumbrian farmer found a way to turn it into compost, and is now harvesting it from his hillside farm in North West England.

The animals could, were they articulate, state that it was we who brought them to Britain, and they would be right. There is also no animal that causes problems of the same level of severity as some plants do.

Number one is the zebra mussel, a native of southern Russia. The larvae of this tiny mussel, known as veligers, were transported to Britain clinging onto ships or in ballast water, which was then discharged into British waters with its cargo. The mussel likes freshwater, and so has taken to water treatment works, where it settles happily in the pipes, and as each mussel can produce 30000 offspring, the pipes soon become blocked, making for expensive clearance programmes. Furthermore, they are not worth eating, so no compensatory benefit here. Plans are in place to poison them with bait laced with a toxin.

A large problem is the American signal crayfish. This is far larger than the tiny British native and is therefore out-competed for resources, so only a few rivers contain the now endangered British native. The trouble is that the American signal crayfsh can leave water and cross land, so it is capable of turning up in any river. I saw one in the moat at Dunham Massey, Cheshire. As the moat is not connected to a stream, the creature must have walked across land from the nearby river to reach the moat. Fortunately, the crayfish is edible, and that can work against its survival.

We also have some concerns over Chinese Mitten crabs, which, having arrived in ballast water,  have entered the Thames and are nesting in the embankments. So far they are only in one river, but they may be a threat to riverside  stability if their numbers rise. They can be eaten, and fears that they contain a parasite are unfounded, as the parasite needs a host for one of its stages, which is not found in Britain.

Britain's worst invasive mammal is the grey squirrel. Introduced from North America in the nineteenth century, it has out-competed the weaker native red squirrel, and to make things worse carries a virus deadly to the red variety. They can be a nuisance in gardens, where they dig up plants. Fortunately on my allotment there is a fox, who has her own intentions for the grey squirrels, so they stay away. The red variety, however, can nest in conifers, whereas the grey cannot, so conifer plantations are something of a refuge for the native species, and there have been some local culls of grey squirrels in other places, such as conservation areas. The chef. Hugh Fearnley Whittingstall, suggests eating them, but this has not caught on.

A larger and more potentially dangerous problem are wild boar, which are found in some parts of the country and are spreading. Some are escapees from farms, but others were deliberately released by animal rights activists who thought that they should be free to roam wild. The only problem is that males can reach 350 pounds weight, they have sharp teeth and tusks and can run faster than a human! The fact that one farmer who kept them used a double steel cage and entered their pen armed with a rifle and a knife, with another man to guard his back,  says much about how dangerous these beasts are. So far no human has been attacked, and the boar prefer to hide in woods to avoid us, but some walkers in forests have been chased off by boar, and recently a vet saw a group eating a lamb by a roadside, but whether they had killed it or not is unclear. They have taken to raiding gardens in parts of the South East, and you cannot scare them away. One silly journalist spoke of getting the shotgun. No way, a shotgun merely stings and enrages them to attack. Use a well-aimed and lethal shot with a hunting rifle or not at all. I have never met them, but as I have no hunting rifle, there is nothing I could do about them.

A final, but minor nuisance is the muntjac, diminutive Chinese barking deer the size of a large dog. They never attack anyone, and  recently some vandals who killed one aroused outrage. The only problem is that they strip the bark from young trees and so can destroy plantations. Extermination is unnecessary, but some culling might be done to manage numbers. However, there has been talk of re-introducing the once native, but now extinct European lynx. This cat never attacks humans, but has a taste for small deer. Introducing natural predators is a useful strategy that obviates the need for men with guns roaming woodlands, which is a bigger threat to humans than the muntjac is.

In fact, men with guns can be the biggest danger of all. Natural predators don't fire bullets that can go astray and hit someone. Roll on the lynx.

Great. This is the first time that you have commented on one of my articles.It is good to get to know you.

That wild food book is great. I used it when I was a kid to make chestnut soup and nettle beer.

I just want to say that your blog is absolutely amazing.

This is a really very informative and updated content. Appreciate your hard work and committed with a professional attitude.
http://techmoab.com/

Thank you for giving them this great knowledge, really thank you for sharing, hope you will have such great posts as this more.

I've read all your information that you shares in your article and I really love it. Thank you for sharing this post. I appreciate it.
- <a href="http://twettrends.com/">twitter search</a>

Thanks for your post! Through your pen I found the problem up interesting! I believe there are many other people who are interested in them just like me! Thank you for sharing them with everyone!
http://slitherio-o.com

Thank you for sharing this article with us! I believe there will be more people like me, they can find many interesting things in this article of you! I hope you have many similar posts to share with everyone!

Thank you very much for the information you shared, it's all I've been looking for 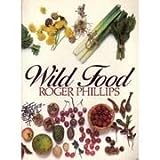 Gardeners have always responded to climate and so as the Earth's climate changes garden planning and planting should change with it.
71%  12   5 frankbeswick
Landcare 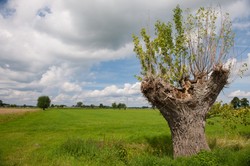 Coppicing is an ancient skill that is undergoing a much needed revival
Loading ...
Error!