Is the Magpie Misunderstood?

The Magpie has long been vilified as a thief, a murderer and a bully. But, has he been misunderstood?

The Magpie is a striking bird which, although on the surface they appear to be black and white, they have hidden away a shade of blue that is extremely rare.

Magpies are hated by many because of its reputation as a thief and murderer but, there is more than meets the eye to this stunning member of the corvid family.

Do they murder?
Do they thieve?
Do they mob?

Magpies stand accused of many crimes including thievery and murder. Yes, they do carry out acts that may be considered as nasty one of which is the killer of baby birds. However, this, it turns out, usually takes place when they are in breeding season and have babies of their own to feed.

Most of the year they are vegetarians so, in fact, it's not out of choice that the crime of murder is carried out. They do so to make sure that their own brood survives. Okay, it could be argued that there is an alternative to killing baby birds but Magpies are not stealth hunters and they do not even possess great speed. They, therefore, have to find easier ways to feed their own babies. Also, they will scavenge.

It turns out that the decline of Britain's songbirds are not connected to Magpies whatsoever. So, they are innocent of this crime.

Introduction Image thanks to Pixabay

Do you Think Magpies are Unfairly Portrayed?

They are beautiful birds, just trying to survive in a harsh world. They do not deserve the reputation that they have.

They're beautiful birds and do not deserve their reputation. They are not cruel in any way at all.

What about the mobbing of weaker animals?

Gatherings of 20+ Magpies are not uncommon. But, like many other birds, they roost at night. Any mobbing that is seen are those of other predators; the Magpies are just protecting their own young and territory.

It is prey to Crows

Magpies that are kept as pets can be taught to pick up bright, shiny objects but there is no evidence that they exhibit the same behaviour in the wild.

As mentioned above they will kill baby birds which entails robbing the nest of smaller species whilst the parents are close by protesting loudly. But, they do not do this throughout the year. We humans are another source of food providing countless mounds of litter.

In summer, they do eat meat which usually consists of earthworms, insects and frogs. Autumn is spent consuming vast quantities of berries and fruit.

The Magpie itself is at risk from other birds namely the Crow.

The Crow is the biggest killer of Magpies and will also take young from their nests and kill adult birds.

The crow is a heavier bird so the Magpie has every reason to be nervous when one is near-by.

Magpies
Magpies have a particularly bad reputation due to their association with bad luck and superstition.

Magpie Tips
Magpies are the birds that everyone loves to hate. 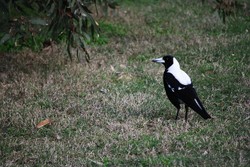 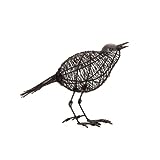