Why I left Wizzley. Why I'm back. What I've been doing in the meantime.

If you think you vaguely remember that avatar and the name, you're right. I came. I left. I returned. Why did I leave? I don't really remember. I suspect it was partly a case of burnout, and maybe discomfort with some of the content. But every site has content I don't care for or downright dislike, so that's not much of an excuse. Why am I back? Wanting a place for the overflow of words and topics. And remembering that there are a lot of talented and friendly folks here that I sort of miss.

What I've Been Doing

I don't know how long it's been since I broke up with Wizzley, but I probably won another year of NaNoWriMo. I do know that, last year, I began the crazy 30-day marathon and quit about a week in. Not the novel I was going to write. I quit NaNo -- after some six happy years. It was time to jump out of the nest. I might write about that one of these days.

I went through a lot of changes last year, not just breaking up with the best thing that ever happened to this writer (Okay, maybe second best. NaNo and Scrivener are neck and neck.). I wrote a lot, but didn't publish a thing. I sailed into my third year of my writing blog: Tracking the Words. And I realized that I didn't have enough years to turn all my story ideas into novels. After I finish the novels already in progress, it will be mostly short stories and novellas. And nonfiction.

Nonfiction isn't new, for me, but the thrill of writing fiction took me away from it for a long time. Now, I'm working on a book concerning some aspects of criminal justice, a topic that has occupied me for over a year now. You might even say I'm obsessed, but that's pretty typical behavior for people with ADD. It isn't a bug, thank you; it's a feature.

A list of the writing projects that I'm actually working on would look pretty gruesome, and be of no interest to anyone who isn't a victim of the riding off in all directions at once syndrome. And even they might be crushed by the thought of getting through such a load. Believe me, it's huge, and there are days, even weeks, when I claim writer's block just to get away from it for a little while. It includes two or three novels, a collection of short stories, a nonfiction book, a novella or two, and a whole lot of stand-alone short stories.

You folks who are always looking for writing prompts are lucky, in a way. Your life is more sensible, and you're much less likely to burn out from sheer overload or stand around, paralyzed, because there's too much to be done and too many choices.

This year, I'm supposed to be making up for dropping off the publishing front last year. So far, it isn't happening. I do have a short novel ready to go, if I can ever get the darned thing formatted properly for conversion to an ebook. And if I can cut back on my newest fun thing: designing book covers. And spend less time surfing the web. And reading books that are just excuses for procrastination. And starting new blogs. And writing articles that don't really need to be written for any reason other than to get them out of my head.

Where You'll Find Me

All Over the Internet

My writing on Archive of Our Own

My GoodReads page -- lots of books and reviews, and even a few blog posts.

Tracking the Words -- My writing blog. All about writing, editing, publishing, from a slightly offbeat point of view.

Living and Dying in Prison -- Blog. What life and death are really like behind bars, mostly from prisoners' point of view.

Thanks, Dustytoes. I'm going to try to get an article written for Wizzley pretty soon. I got waylaid by Bubblews, thanks to a couple of Wizzley writers, and I'm trying to get some balance back. But the money there is sooo tempting. And I can't seem to resist trying out new sites. I just wrote my fourth article for Daily Two Cents, and need to get going on Writedge/

I always feel like there is too much to be done. I wake up and spend time lying in bed planning what I will do that day - then I get up and do everything BUT what I had planned! I don't write nearly as much as you have described, and I have no interest in it. I like your writing and hope you will add more here at Wizzley.

Thanks, Sheri. It's nice to be back. I wish I could remember why I left, but it must have been a pretty dumb reason.

I anticipate reading what your write here. 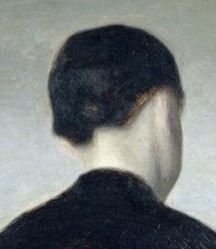