John Glover: A Fan Tribute to a Versatile Actor

John Glover is an incredibly talented actor, known for his roles on television, in film and on stage. Learn more about his work and career.

John Glover is an incredibly talented and award-winning actor who has been seen in countless film, television and theatrical productions. He is perhaps best known today for playing the wicked character Lionel Luthor on the long-running television series Smallville.

John is also a wonderfully kind and generous person in "real life", always polite with his fans and giving his time to charitable causes such as the Maryland Alzheimer's Association and Broadway Barks. I know this because I've worked with John for about 10 years now - I happen to be the maintainer of his Official Website!

If you're a fan of John's work or would like to learn more about John and his career, read on. Here you'll find introductory information on some of his most notable roles, YouTube clips of memorable performances, links and merchandise, and lots more fun stuff to enjoy.

Photo above by the author, sockii.

Are you a fan of John Glover?

John Soursby Glover Jr. was born August 7, 1944 in Kingston, New York, to parents Cade (ne Mullins) and John Soursby Glover Sr. He grew up in Salisbury, Maryland where he attended Wicomico High School. Later he went to Towson State Teachers College, now Towson University, where he became involved in acting. For three summers during college he worked at a small theater in southern Virginia, and made his stage debut in Look Homeward, Angel at the Barter Theater in Virginia in 1963. John moved to New York City in 1967 to continue his acting career and in 1969 appeared in A Scent of Flowers at the Martinique Theatre.

John continued appearing in a prolific number of theatrical roles throughout the 1970s, and first made a notable screen appearance in a small role in Woody Allen's 1977 film Annie Hall. His breakout screen role, however, would come with 1986's 52 Pick-Up, where he played the delightfully evil and memorable villain Alan Raimy. John would continue to work in stage, film and television throughout the 80s and 90s, winning both Tony and Drama Desk awards for his dual-role performance in 1994 in Terrence McNally's Love! Valour! Compassion!

John's appearance as Lionel Luthor in the 2001 series Smallville was originally only to be a recurring guest character. However, for the show's second series he became a full cast member and would appear on and off throughout it's ten-season run.

Since the end of Smallville, John continues to appear in stage and television roles, and in 2012 was seen in the Broadway revival of Death of a Salesman. When not appearing around the country in various stage productions, John lives in the Los Angeles area with his partner, artist Adam Kurtzman.

Enjoy these video clips of John being interviewed through the years...

If you've perhaps seen John on Smallville, Brimstone or another TV series and would like to see more, these are some films I would highly recommend you check out.

In this film adaption of Terrence McNally's award-winning play, John reprises his dual roles as the twins John and James Jeckyll. Eight friends gather for the summer in a quiet, beautiful house in upstate New York, and over that summer relationships are tested and sometimes broken while others find new love. It's a touching story and a wonderful showcase for John.

This was John's "break out" role for film and still a great work of crime drama, based on the book by Elmore Leonard. The film stars Roy Scheider, Ann-Margaret, and John Glover as the "prime rotter" behind a blackmail scheme. It's dark, nasty and John is thoroughly wicked. A definite must-see!

John was nominated for an Emmy Award for his performance in the groundbreaking TV movie. First aired in 1985, it was many American's introduction to AIDS as something more than a scary statistic or story on the TV news.

For a change of pace, check out the wickedly funny "Gremlins 2" where John plays millionaire mogul Daniel Clamp - whose new building gets overrun by the trouble-making gremlins. If you get the impression Clamp bears a striking resemblance to Donald Trump, you wouldn't be too off the mark.

1988 film adaption of Robert Cormier's acclaimed young adult novel. John plays Brother Leon, acting headmaster of a private Catholic school where protagonist Jerry finds himself in the middle of bizarre bullying and hazing rituals. He finally has enough, and defies expectations by refusing to take part in a school chocolate sale.

eBay is a great way to build your collection of films, video tapes and DVDs featuring John. You can often find rare and out-of-print titles at very good prices.

How I Became a John Glover Fan

I actually became a fan of John's thanks to the sadly short-lived TV series Brimstone. In Brimstone, John played perhaps the most wicked role imaginable - The Devil himself. The series was dark and quite different from what anyone was used to seeing on television, yet it also was intelligently written, occasionally quite humorous and featured wonderful performances from both John and series main star Peter Horton.

After the end of the series I grew interested in checking out John's past TV and film work and spent many hours hunting them down and enjoying them on video. Then one day I found out he was actually in New York City appearing in a play, so I hopped the train from Philadelphia to catch what ended up being the final performance of Give Me Your Answer, Do! As much as I'd loved John's screen work, seeing him perform on stage just blew me away.

I started following theater news more closely to see when and where he'd be performing, and eventually got to meet him in person at the stage door after one performance. Over the course of several years, this became a bit of a ritual, and I had set up a small fan site in appreciation of his work. Eventually we connected in Philadelphia when he was on a break from Smallville and appearing in the play The Goat Or, Who Is Sylvia? and made arrangements to convert my John Glover website from "unofficial" to "official" status.

In the Fall of 1998, FOX premiered one of the most unique supernatural television series of all time (at least in this author’s opinion): Brimstone. The series starred Peter Horton (of Thirtysomething fame) and John Glover, who would later go

Get Smallville on DVD Today

Smallville ran for a grand total of 10 seasons, telling the story of Clark Kent's early years growing up in Smallville, Kansas. Starring Tom Welling as Clark Kent, Michael Rosenbaum as Lex Luthor, and later introducing Erica Durance as Lois Lane, the series had many fans - and introduced quite a few of them to John Glover through his wicked portrayal of Lionel Luthor. Now you can get all those episodes on DVD, from a complete 10-season boxed set to individual season collections.

Enjoy all ten - yes, ten - seasons of Smallville along with plenty of extras including deleted scenes, special featurettes, commentary tracks, and much more!

Are you a Smallville fan? Then you might want to check out these eBay auctions for cool Lionel Luthor merchandise.

John is not just an extremely talented actor, but a strong supporter of important charitable organizations, particularly the Greater Maryland Chapter of the Alzheimer's Association. For years he has led a team for their annual Memory Walk, in honor of his father whom he lost to the disease. The Alzheimer's Association is "the leading, global voluntary health organization in Alzheimer's care and support, and the largest private, nonprofit funder of Alzheimer's research." Visit their website to learn more about how you too can get involved in bringing an end to this terrible disease.

Where to find out more about John and his work

If you collect movie and tv memorabilia, then check out these photos of John currently for auction on eBay.

Which is your favorite John Glover character/performance from film or tv?

Thanks for visiting this tribute page to John Glover. If you've got any thoughts to share, you're welcome to leave a comment below.

I watched the last ever episode of Smallville again today on TV.

Actor Dwight Schultz is best known for his role as "Howling Mad" Murdock on t...

Whatever Happened to The Cast of Lois and Clark: The New Adven...

Lois and Clark made household names of its stars in the early and mid ninetie... 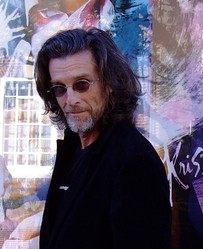 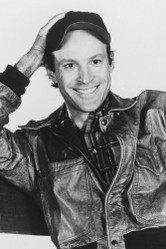 Actor Dwight Schultz is best known for his role as "Howling Mad" Murdock on the 80s cult classic The A-Team. Learn more about this versatile actor's work and career.
71%  2   9 WiseFool
Actors

Lois and Clark made household names of its stars in the early and mid nineties. What's happened to Dean Cain and the gang since then?
Loading ...
Error!