Keith Richards, guitarist for the Rolling Stones rock and roll band, is more than just a musician. He is also a singer, songwriter, producer, actor and author of the book "Life".

My husband claimed that he was the Rolling Stones' biggest fan, which is probably close to the truth. He owned every LP, CD and DVD that the Rolling Stones issued. He went to all of their concerts, and had the ticket stubs to prove it. He wore Rolling Stones t-shirts, and could quote the lyrics to any of their songs, on demand.

But in all actuality, Keith Richards was his hero. Not Mick Jagger or Charlie Watts. Not even Ronnie Wood! Keith just happened to be a Rolling Stone, and that is why he liked the band. My husband even wore a skull ring just like Keith's! He collected magazines with Keith's photos, put them in frames, and hung them on the wall with the photos of our family members. He collected Keith's interviews from Rolling Stone magazine, read all the books about him (and by him), and owned Keith's solo albums. He was definitely one of Keith Richard's biggest fans!

Me? Mostly, I just like Keith's shoes. He wears different ones at each concert, and I think they are pretty cool!

There is so much more to Keith Richards than being lead guitarist for the Rolling Stones. And for that matter, much more than cool shoes. He is a talented singer, songwriter, producer, actor and author, and just an altogether fun guy!

From Childhood to the Rolling Stones

Keith Richards was an only child, born December 18, 1943 to Bert and Doris Richards. His father was a factory worker, who had been injured in World War II during the Normandy invasion. His maternal grandfather, who played in a jazz band called "Gus Dupree and his Boys", fostered Keith's interest in guitar. Keith's first guitar was purchased by his mother, and he played at home along with recordings of Billie Holiday, Louis Armstrong, Duke Ellington and others.

From 1955 to 1959, Keith attended Dartford Technical High School for Boys. There, he was recruited by Dartford choirmaster R. W. "Jake" Clare, to sing in a trio of boy sopranos for a variety of occasions. One such was at Westminster Abbey for Queen Elizabeth II.

Keith Richards met Mick Jagger when they were both children. They were neighbors who attended the same primary school. Their families moved apart, so although they lost touch for a number of years, they met up again on a train around 1960. This meeting led to a renewal of their friendship. Mick was singing with Dick Taylor in an amateur band called "Little Boy Blue and the Blue Boys", which Keith Richards soon joined. "Little Boy Blue" disbanded when Keith, Mick Jagger, Dick Taylor, Brian Johns and Ian Stewart formed "The Rolling Stones". Keith eventually moved into a London flat with Mick Jagger and Brian Jones.

Keith Richards plays not only guitar, but electric bass, keyboards and percussion. While most people recognize him as a guitarist with the Rolling Stones, he's also played with many other artists. These include:

Keith Richards was ranked #4 in Time magazine's list of the 10 best electric guitar players of all time in August 2009.

He has also collaborated with other artists, including Steve Jordan, who played with him in the X-Pensive Winos, and Paul McCartney.

In 2003, Keith Richards ranked #10 in Rolling Stone
magazine's top 100 guitarists of all time.

Keith Richards has been a producer since the 1960s. His credits include:

4. Locked Away My favorite!

4. I Could Have Stood You Up

This is one of my favorite songs by Keith Richards & The X-Pensive Winos.

In 1992, Keith Richards & The X-pensive Winos released their second studio record, Main Offender. It was not quite as popular as the first, but still was a great seller. It was followed by a tour.

Vintage Vinos album is a compilaton of songs from the X-pensive Winos albums, plus a special bonus song called "Hurricane". The bonus song was recorded during The Rolling Stones sessions for their Forty Licks album in 2002. "Hurricane" was previously only available to those who donated to Hurricane Katrina relief, but is now available on this album.

Keith Richards - The Actor - Pirates of the Caribbean

Keith Richards made a cameo appearance in Pirates of the Caribbean: At World's End, as Captain Teague, the father of Captain Jack Sparrow (played by Johnny Depp), Johnny Depp has stated that he based his own character on Keith Richards' mannerisms, and was pleased when Keith Richards was added to the cast.

For his role of Captain Teague, Keith Richards won the Best Celebrity Cameo award at the 2007 Spike Horror Awards. He reprised his role in Pirates of the Caribbean: On Stranger Tides, released in May 2011.

I received Keith Richard's autobiography, Life, just after it was released in 2010. It was a present from my sister-in-law. My interest in it was more because of my husband's obsession with Keith Richards, than my own curiosity. However, much to my surprise, I learned a great deal about Keith Richards from the book.

It starts out with a police encounter during their 1975 tour, then goes back to his childhood memories. Throughout the book, he provides details on his music, women, drug use and family life. It is easy to tell that this book comes straight from the heart, and from events he experienced. A really great read on a truly interesting musician, and a book I highly recommend!

Are you a Rolling Stones or Keith Richards fan? Have you ever heard the X-pensive Winos albums or read the book? I'd love to hear what you think of Keith!

Gift ideas for people who are fans of the Rolling Stones Rock and Roll Band. ...

Do you want to dress like a rock and roll star? Try these costume suggestion... 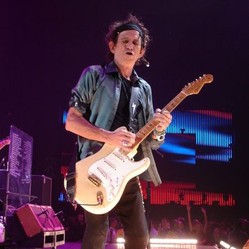 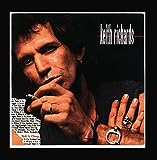 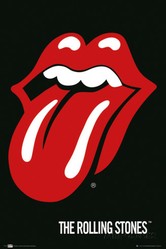 Gift ideas for people who are fans of the Rolling Stones Rock and Roll Band. Choose from patches, DVDs, t-shirts, posters, and games.
15%  0   2 CountrySunshine
Halloween Costumes for Adults 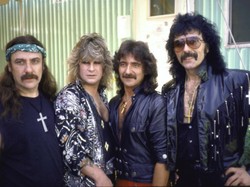 Do you want to dress like a rock and roll star? Try these costume suggestions for your next Halloween or costume party.
Loading ...
Error!