The Story so far

What started it all.

Many years ago when I was in the now defunct country called Rhodesia but is now named Zimbabwe I started thinking and studying and trying all sorts of things.  Things that would help people who had a burning desire to be helped.  I learned from quite an early age that you cannot make people think as you would like them to think.  You cannot expect them to think in a way that will please you and that, if you give them something that they do not have the desire and consciousness needed to possess whatever you are offering, whether it is fish or the ability to fish, then whatever you do is as barren as sowing miellie seed on granite outcrops.  The seed will wither and die; and your endeavours will be worthless.  Thrown back in your face or wasted and thrown away.

However, if they really do desire whatever it is you are offering you need not give anything to them other than the belief that the Universe via its laws will provide the wherewithal in its own time and its own inmitable way.  In a variety of situations this was proved over and over again.  Forget about teaching someone to fish; make them so curious about fishing, give them the incentive to investigate how fishing works and Voila! they get out there and learn for themselves.

Whilst I lived in South Africa a charity called Helping Hands was started.  (There are several but this one is in KwaZulu Natal and is registered) The ladies, all of meagre incomes in poor areas believed that they could not get going because they had no money. I had no money (at that time I was living on the streets in a comparatively vain idea that I needed to experience what the homeless experience.)

They thought I did have the money.  Because of that thought and the belief that I would be giving them some money they started a charity to help some schools and also started a school of their own.  In addition, they organised garden using organic fertilisers all over their suburb, set up a special raised garden for a disabled home that enabled the inmates in wheelchairs to provide their own food instead of relying on charity; and got the community together to plant fruit trees for food. Even the largest drug dealer in the suburb got involved.  (He planted an orchard in his huge house and then made it a condition that the smaller dealers he sold to do the same.Not the ideal way I guess but better than simply taking drugs and sitting around all day in a daze.)

All without any money at all.  It just came to them in materials.  The government gave the system for the garden.  A supplier donated containers for the private gardens ~ they were fibre glass molds for some product or other and the company had a problem disposing of them.  A fruit farm donated seedling trees that had passed their sell by date but which were still very viable if planted correctly. And so on.

The plan is developed and formulated

Then I went to Belize I discovered that there were more NGO's operating in that one small country than in most others.  Per head of population they receive more aid from Europe and America than any other country except Israel and yet they are one of the poorest countries in the Caribbean.  Why?

So I went back and spent three months there investigating; living with the Mayan, Garifuna and Creole people there and also got to know the East Indian people whose families had been taken there as indentured labourers by the British.  I think, and certainly it seems so, that I earned their trust, for I learned an awful lot about the people, their aspirations and their country.

I wrote a journal of my trip (unfortunately not available due to legal reasons) and formulated a plan that could be initiated "One Village at a Time."  The Plan is available as a download to anyone reading this Article.  It is not finshed but is a work in progress.

One thing I will tell you about concerns the Aid Programs run by well-meaning church groups from the States.  Not Peace Corps, for whom I did some computer work, but small church communities.

I met the one group that typifies the problems that I see in the entire Charity and NGO system on the veranda outside my hotel room in Belize City.  It overlooked a Creek and I have linked in my Picasa Web Album in the links later on.  The members, all in their late teens and early twenties and super kids, plus their leader an older man in his forties, were going to Punta Gorda in the Toledo District to build a Basket Ball Court to NBA (?) standards.

In all innocence I asked why Basketball and not Volley Ball?  The answer came back~ "Because we want to."  As the Mayan people in general tend to be about 5' 5" they are physical impaired when playing Basketball on a standard court.  The point that hit me though was that no-one had asked them what they wanted.

So, I did and the Plan was formulated with their wants in mind.  Now all I need is the money to build my own "Space of Love" on Mayan or Garifuna owned land that I can rent from them and slowly show them what can be done so that those who are interested will take it on board and hopefully do it themselves.

It's taking time but, as the sayng goes, slowlee, slowlee, catchee monkee. And besides the journey downstream in support of my dreams is a wonderful journey all by itself.

TPEPP ~ A Beacon of Hope

Some photos of Toledo plus links to Photo Albums of Belize.

TPEPP Photos and Explanation on Squidoo 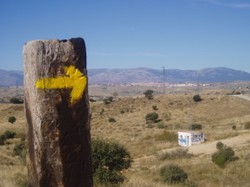