Experience a Walking and Finger Labyrinth

The ancient labyrinths are finding their ways into modern society as sacred, healing symbols. One can experience the calming, healing effects by walking or with finger labyrinths.

What is a Labyrinth?

The labyrinth can be viewed on several different levels from the most basic interpretation to the more religious ones. At the simplest level, a labyrinth is a path with many twists and turns.

This spiral path has been used as a healing symbol for over 5,000 years. The ancient pattern has been found in many different cultures on pottery, tablets, tiles and as large walking paths. The spiral is viewed by many as a symbol for life's journey and a symbol of the human soul.

Labyrinths are used by many people of different faiths as a medatative tool for those seeking healing and spiritual growth.

The Labyrinth on Wikipedia

In Greek mythology, the Labyrinth was an elaborate structure designed and built by the legendary artificer Daedalus for King Minos of Crete at Knossos. ...

Have you ever experienced or walked a labyrinth?

Labyrinths were used by Christian churches as a place of prayer and meditation as early as 350 A.D. In  In medieval Europe, the eleven-circuit labyrinth was created in stone on the floor of the Chartres Cathedral in France between 1201 - 1220 A.D.

In this labyrinth, there are 11 circuits or rings as counted from the outside to the center of the labyrinth. The image of the traditional labyrinth above is also an 11 circuit labyrinth.

In the early 13th century, labyrinths were created as a way of allowing people to create a path of pilgrimage that they could metaphorically undertake within the safety of the church, rather than going on the Crusades to Jerusalem. Visitors to the Chartres Cathedral for centuries have walked, prayed and reflected during their symbolic pilgrimage along the winding labyrinth.

The Verditas Website helps to clear up the difference between a labyrinth and a maze. The terms are often used incorrectly interchangeably.

A labyrinth has a single path and is intended for meditation and reflection. In the traditional Medieval Chartres pattern, the labyrinth path takes many twists and turns, so it is difficult to know how close one is to the center or to the end. This single twisting path makes a powerful metaphor for life, and other journeys.

A maze is a puzzle with many paths, false leads and dead ends.

Labyrinths have one a single path to the center and are designed to be healing. Mazes are designed to confuse and to baffle used as games, but not as meditative or reflective tools.

People walk the labyrinth or use labyrinths for different reasons.

For many walking the labyrinth is a ritual to open up the spiritual world. Others use the labyrinth as a way of reducing stress or as a healing tool.

Users of the labyrinth enter into a spiritual walk, a pilgrimage. Many now use the labyrinth now as a path for healing, self-discovery, reflection and revelation.

More on Walking the Labyrinth

"Walk" A Labyrinth
Experience an online labyrinth with Journey of Hearts.

Walking a Sacred Path
The labyrinth in an ancient symbol of spiritual journey. Labyrinths existed 4000-5000 years ago. The oldest known labyrinth is a rock carving at Luzzanas in Sardinia. The Classic labyrinth was carved on coins on the island of Crete about 3000 years ago.

Sacred Garden Labyrinths
Labyrinths are not to be confused with Mazes. While mazes are designed to trick you with dead ends and false paths, the labyrinth has only one path leading into the center and the same path leads back out.

Finger labyrinths have the traditional labyrinth patterns traced out on plastic, pewter, wood or paper. They can also be done with a sand kit or worn as jewelry.

One of the advantages of using a Finger Labyrinth is that it is portable, can be carried with you (or kept in an online file) and can be used at anytime.

You can print out the printable finger labyrinth below and experience a labyrinth on your computer or on paper.

Labyrinth online meditations
The online Classical and Chartres style labyrinths have been online since 1999. These virtual walks were created in Flash and will appear on your computer screen in a separate window.

Online Labyrinth
This is an online translation of the Labyrinth. The original is described as 'an interactive installation for spiritual journeys'. It consists of a pathway mapped out on the floor for visitors to follow. During this journey participants pause and listen to a piece of music and a meditation. They also undertake some symbolic action or ritual.

Labyrinth of the Lake
The Labyrinth of the Lake is located in Canyon Lake, Texas, between Austin and San Antonio. It was created using the Chartres sacred geometrical design and was prepared on top of a wood frame which is 32ft in diameter. She sits on a rock terrace overlooking the blue waters of the Lake. A garden path provides passage into the Labyrinth.

The Story Behind the Labyrinth

From Rediscovering the Labyrinth

The use of walking labyrinths has been known for centuries. The labyrinth is an ancient tool used by many to connect their mind to their spirit.

In the United States the Reverend Dr. Lauren Artress introduced the labyrinth after visiting the Chartres Cathedral on her own spiritual quest in 1991. She found this ancient path to be a way of building a bridge between traditional and non-traditional practices, an ancient tool that appeals to our modern society.

Artress dicovered that the labyrinth helps modern seekers find a stillness and enter a place where psyche and spirit can come together, a place where the boundaries between mind, body and spirit disappear. She has been using the labrinth ever since as a tool to integrate psyche with spirit and change attitudes and our way of being.

The first labyrinth at Grace Cathedral in San Francisco was a painted canvas open to the public in 1994 as an indoor tapestry labyrinth. The outdoor terrazzo labyrinth (which is available 24 hours a day) was installed in 1995.

Learning More about the Labyrinth

Walking the Labyrinth - A Metaphor for Life

When people walk into the labyrinth, they begin to see their whole life.

They begin to see their spiritual life and it becomes the journey, the journey of life, the path through life.

Following this one path, you don't know where it leads you, and yet you hope it takes you to center.

And then, when you become focused on the path, all of life becomes metaphor.

Grace Cathedral Labyrinth
Grace Cathedral has two labyrinths. The outdoor labyrinth is made of terrazzo stone and is located to the right of the cathedral doors. This labyrinth is open 24 hours daily for walking. The indoor labyrinth is open during cathedral hours, which are normally 7 a.m. to 6 p.m. Monday - Friday, 8 a.m. to 6 p.m. Saturday, and 8 a.m. to 7 p.m. on Sunday, when no special events or services are being held (weddings, funerals, concerts, Sunday Eucharist, etc.).

Learn about Walking the Labyrinth

The Labyrinth Society
The Labyrinth Society is an international organization whose mission is to support all those who create, maintain and use labyrinths, and to serve the global community by providing education, networking and opportunities to experience transformation.

Many labyrinths are open to all people of different faiths. Information and locations of labyrinths can be found using the World-Wide Labyrinth locator.

Creating Healing Spaces and Healing Gardens
The medical community has recognized the importance of sacred spaces and healing environments on the healing process. Create a healing place by following a few simple steps.

A Place of Healing, Consolation and Peace

influenced by the faith of medieval pilgrims,

dedicated today in prayer and community,

forever be a place of healing, consolation, and peace.

This is a most interesting resource on labyrinths. I knew that they were sometimes associated with religious buildings but learnt a lot more about them here. I like the examples of labyrinths using stone, candles and even flowers.

Joan - I got interested in the finger labyrinths and the online labyrinths since we lived too far away to experience the walking labyrinths all the time. Also a great idea for those who are home bound.

I had not seen the finger labyrinths before. Beautiful page!

Matthew Sanford was paralyzed from the chest down when he was 13. Now he is ...

Forest bathing began in Japan in 1982 for wellness outdoors even though it no... 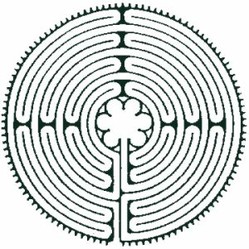 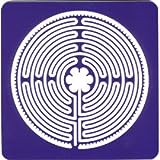 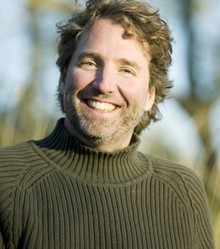 Matthew Sanford was paralyzed from the chest down when he was 13. Now he is a certified Iyengar Yoga teacher and motivational speaker about the mind-body experience.
100%  26   23 DerdriuMarriner
Naturopathy 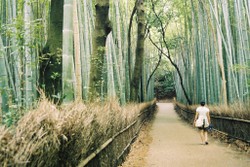 Shinrin-Yoku: Forest Bathing Year-Round, Indoors and Outdoors, for All

Forest bathing began in Japan in 1982 for wellness outdoors even though it now belongs as nature and people-friendly therapy elsewhere and even indoors.
Loading ...
Error!