The choice of camera distance, viewing direction, and camera height will influence the pictorial effect.

The camera distance determines the scale, and hence the emphasis of the main part of the subject. It does this not only in relation to the picture area (this depends on the angle of view of the lens, too) but also in relation to nearer and farther picture elements. Thus at close range, an object will dominate the foreground and tend to dwarf anything behind. Farther away, the same object will merge into the middle distance or background and lose most of its pictorial significance. (Distance here is considered in comparison to the object size. Thus a gate or fence is in the foreground 10-15 feet away, and becomes an unimportant background feature if it is farther than 50-100 feet. A house at that distance would still be very much the foreground of a larger view.)

The viewing direction largely depends on what aspect of the subject the photographer wants to show. Different sides of a static subject will show different lighting effects, especially early or late in the day.

Deliberate movement of the camera position will also change the relationship between the subject and the background. With near landscapes this can be used to shift prominent features of the skyline (e.g., hills, etc) to one or other side of the main pictorial interest. In this way foreground objects can be made to cover up disturbing features in the middle distance.

The camera height will determine how much the camera sees of near and distant parts of the scene. A high viewpoint (a bird's eye view) shows the landscape against the ground, with middle distance and background well separated. The nearest features drop out of the picture altogether, and there is little difference in the sharpness of the various picture planes.

From a low viewpoint the foreground crowds into the picture and dominates or even obscures much of what is behind. It also places the nearer features against the sky, and so isolates them from their surroundings. Lighting. The strength, direction and quality of the light on the scene can make very vital differences in the character of the final picture. There is no need for the photographer to accept these conditions as he finds them; he can control them by choosing the season, the time of day and the weather that will give him the type of lighting he wants. Beyond this, the effect of the lighting at any particular time will depend on whether the camera looks at the scene from the north, south, east or west.

Generally, the most satisfactory lighting for a summer landscape photograph occurs in the hours before 11 a.m. and after 3 p.m. At such times the sunshine falls at an angle, lighting up the sides of things as well as the tops, and casting longish shadows that give them strength, relief and proportion. In the winter the ideal time is between 11 a.m. and 3 p.m.

When the sun is high in the sky, it casts short shadows which are hard and black because there is very little light reflected into them. This type of lighting is too contrasty for good photographic reproduction and it destroys the natural appearance of roundness and solidity that objects should possess in a good monochrome photograph.

When the sun is in front of the photographer, it gives a particular effect known as "contre jour" lighting. In this kind of lighting, shadows are cast towards the camera and most of what the camera sees is in shadow. Such lighting can be striking and dramatic when there are important objects fairly near to the camera, but it is apt to make an open landscape look dull and lifeless.

Read more in this other article I've published about Landscape Photography.

Excellent tutorial. Thank you for sharing this information. 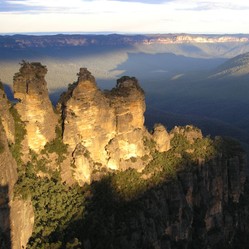 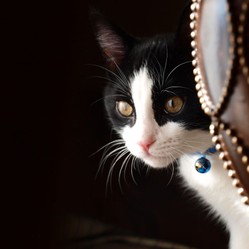