A Review of 'Live Wire' by Harlan Coben

Another Thriller from this Best Selling Author

Harlan Coben has been one of my favourite authors for many years and I was delighted to find he's just published another novel Live Wire and, as usual, it's a thriller, starring his regular hero Myron Bolitar.

I've found that sometimes favourite writers run out of steam after many years of being at the top of their game and an eagerly awaited novel can be a big disappointed. Not this time - Live Wire caught me from the opening line:

"The ugliest truth, a friend once told Myron, is still better than the prettiest of lies."

The Plot of 'Live Wire'

Cover Blurb: 'All Families Have Secrets, Some Will Kill You'

It all begins for Myron Bolitar, occasional detective and agent to sports and other stars, when he gets a phone call from Suzze T, a former tennis star and married to another of his clients, rock star Lex Ryder. Suzze is 8 months pregnant and so far she and her husband have been happy and looking forward to the birth of their child.

She phones Myron to tell him that someone has left a message on her Facebook page saying, "Not his." The implication was obvious.

From what seemed like a malicious message perhaps aimed at upsetting Suzze or even destroying her marriage, Myron was plunged into an intensely personal investigation opening up family problems and tragedies from his own past. Could the deaths and problems that followed have been caused by a lie he told his missing brother many years before?

Find It on Amazon

What More Could a Reader Want from a Thriller?

It helps that I've 'known' Myron Bolitar and his friend and partner, Win, (Windsor Horne Lockwood III) for many years. Is Win a psychopath? Quite possibly but he's also a very gifted, intelligent and wealthy man from one of New York's best families.

Myron was a promising basketball player with a great future ahead of him until an injury forced him to retire from the game. That's when he became a sports agent and then an agent to a wider range of stars.

Why did Myron lie to his younger brother about Kitty, the woman his brother was dating and planning to marry? Why did it cause so much trouble and lead to fatal repercussions years later? Not only does this lie cause a possible tragedy in Myron's immediate family, it also leads to a confrontation with mobsters.

As I said, what more could a thriller reader want?

All of Them Great Thrillers

Review of a Historical Murder Mystery

Silent in the Grave by Deanna Raybourn

Silent in the Grave by Deanna Raybourn
Set in 19th century London, England, Lady Julia Grey's husband dies while they are hosting a dinner party. Who killed him and how? A delightful historical mystery with a charming heroine in Lady Julia.

Harlan Coben is one of my favorite authors - and yes, indeed, I want to read Live Wire.

I've known Harlan since his early days and he is as nice in person as he is a great writer. Glad he has so many fans.

Thanks for the recommendation. I haven't read any Coben but have been wanting to try him out. You sold me!

Hi, Carol. Thanks so much for stopping by my ... wizzley? Well, page. So I wanted to come over and see what you've been up to so far over here. This sounds like a good read, and I've added it to my list of books to look for at the library. I enjoy a good page-turning thriller now and then to balance out the literary fiction and wilderness survival books I read (and I suppose the latter can read like a thriller, too).

No, I hadn't thought of listing the Harlan Coben's work but, now that you mention it, that would be a good idea. If you haven't read any of the earlier books, I think you can still enjoy his later novels but, of course, it does add to the story if you know what has happened to the two main characters in earlier novels. I'll think about doing what you suggest.

Sounds like something I'd enjoy, but I always like to start with the first book by an author if the books are such that you will enjoy later books more if you've read them in order. Have you thought of listing the books by this author in a recommended reading order?

It's great to see you on here and looking forward to seeing more of your pages :)

I love Harlan Coben, but still haven't read Live Wire. It will be on my summer reading list..if I have time to read that is.

Interesting review. I have yet to read any books by Harlen Coben. Not sure why, because I like mysteries and thrillers. I will have to take a harder look at this book.

Yes, sometimes. I have a tendency to read the same old books over and over again. I have read Harlan Coben and must admit that I like his books.

The research has been done! Are there any mystery writers in the house? A fa...

By Its Cover, the twenty-third Commissario Guido Brunetti mystery by Donna Leon, deals with the plundering of artworks and books by unexpected impersonators, thieves, and vandals.
82%  10   7 cmoneyspinner
Mystery 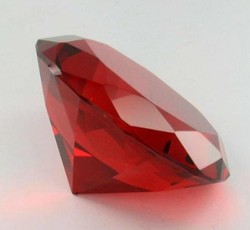 The research has been done! Are there any mystery writers in the house? A fantasy writer might find this information useful as well.
Loading ...
Error!