The river Erne starts in the Irish Republic and flows northwards to the Atlantic, but at two places in its journey this river widens into a lough, and these places are Upper and Lower Lough Erne, the lower lough being by far the larger of the two. Fermanagh is divided into two by the loughs, which run roughly south east to north west. Both of these island-studded loughs repay the tourist who wants to enjoy nature and historical remains. Northern Ireland is a beautiful place and with the troubles of the past hopefully behind us is ready to capitalize on its natural and cultural assets.

Image of a heron courtesy of leonbasson

The Geography of the Loughs

It was once said that for half of the year Lough Erne is in Fermanagh and the other half of the year Fermanagh is in Lough Erne, and this saying derives from a time before flood controls were put in place,and these necessary institutions lowered the level of Lough Erne by about ten feet. The lower lough is the heart of the Fermanagh Lakeland and drains several smaller loughs into Lower Lough Erne on the Erne's journey to the sea. Upper Lough Macnean, half in Eire and half in the North, the lough on whose lovely shores I dwelt for a year in 1969-1970, is part of the Erne catchment area, draining ultimately into the Upper Lough. If you look at the map you will see where I dwelt, which is to the west of Belcoo, just before where the border turns northwards.

It is said that there are as many islands in Lough Erne as  there are days in the year, but this is an exaggeration, there being about 97 in the Lower Lough and 57 in the narrower Upper Lough. The reason for there being so many islands is that the area is drumlin country, a terrain well-endowed with small mounds of glacial deposits pushed ahead of advancing glaciers, and when the land flooded after the Ice Age the drumlins stood out as islands

Between the two loughs is Enniskillen Island, on which is the historic centre of the town of Enniskillen. It is a pleasant market town, and when I lived in the region I often did my shopping there,hitching in th fourteen miles with a shopping list, passing the mediaeval castle of the Maguires on the way in. I have pleasant memories of the town.

In the distant past many of the islands were the sites of cranneogs, dwellings erected on wooden piles to raise them above the flood. Sometimes at the drier centre there was a rath, a small stone fortification, and several of these raths have survived as archaeological sites. As the lough was liable to swell in wet weather the shoreline was quite boggy, so it is likely that there were cranneogs inland from the modern shore. The cranneog dwellers must have been well fed, for the lough is rich in fish and wild fowl. Pollan, a freshwater type of herring is still found in the lough and there used to be a fishery that harvested it, and there were eels a-plenty, along with roach,  trout  and salmon.

A few of the islands are now inhabited.Some others are archaeological sites, but some have reverted to smal patches of semi-natural woodland, with trees such as alder and willow along with other small trees.

Sailing on the Lough

My abiding memory of Lower Lough Erne is the watery horizon stretching to the North West. As our boat coursed through the water, which that day was tranquil because of the low wind from the West, I came to realize the sheer size of the lake, which was larger than any lake on which I had sailed.  I was a guest on a cruising boat along with several friends.  The boat had left Enniskillen and had visited the monastic isle of Devenish before heading northwards to the larger isle of Boa. We cruised past the island-studded eastern shore of the lake and were acompanied for part of our way by geese, greylag I believe, which are permanent resdents of the lough.

Devenish [Irish Daimhinis] means Bull Island. We  can speculate as to why it is thus named, but it may come from the farmers' habit of pasturing cattle on islands for the summer to make use of the herb rich pasture there found. Devenish is near to the eastern shore and so a bull would not find the swim arduous.

You can see Devenish' s round tower in the picture above. It was constructed in the twelfth century and so was not available when the Vikings got their ships onto the lough via the river Erne in 876 and spent the summer looting, beginning with the monasteries on the isles, which took a long time to recover.  There is also the ruins of a twelfth century priory that lasted to the Reformation, when it was destroyed. St Molaise' stone house survived until the eighteenth century when a Church of Ireland bishop looted the stones to refurbish his cathedral.

It was to Molaise [also known as Laserian] that the penitent St Columba [Columcille] came for advice after his illegal copying of a gospel text had sparked a battle between two clans, who were probably looking for a fight anyway. His penance for the Battle of the Books was to leave Ireland as a missionary and win as many souls for Christ as lives were lost in the battle. It was this trauma that led him to go to modern day Scotland and found the monastery of Iona.

Our boat moved northwards to Boa Island, the lough's longest isle, which is not a drumlin, but a ridge of glacial clay. We went to see the pagan statues that still remain on the isle.  The figures resemble the Roman God Janus, who had faces looking both ways. But they are pre-Roman and derive from the common cultural tradition that all European peoples shared. You can see the larger one in the picture below.

There are also important monastic statues on White Island, but I had no time to visit that isle. But I canonly give a limited sample of the islands in the lough because of pressures of space.

Ireland abounds in legends. One point on Devenish is known as Friar's  Leap. A rather naughty friar [kind of monk] had been visiting a woman and had broken his vows of chastity, when he found the Devil pursuing him home, eager to claim his soul. In desperation the friar leapt from the shore to safety on Devenish, frustrating the Devil who either could not leap or who could not enter the sacred precinct. An olympic standard long jump if ever there was one!

There is also the tale of the leprachaun, which I take from Prospect of Erne, by Mary Rogers, a scholarly work now out of print, though I managed to get a copy for my research into this article. In 1764 Castle Crom, by the shores of the upper lough, burnt down and was to be rebuilt in a different location.But every morning the workers  would see their tools scattered, and it came to be claimed that the work was being disrupted by a leprachaun, whose treasure was beneath the proposed castle site. The castle was relocated and no more trouble happened, though the abandoned pit can still be seen. Legend has it that the leprachaun had the habit of appearing to the castle's children, standing at the foot of their bed,  smiling and then walking through the wall [Prospect of Erne page 203.] The legend tells of how an English governess also saw the creature sitting in the bow of a boat, only for it to skip over the water! [p204.]

Mary, who along with her husband was our hostess on the boat trip, also cites the strange white light of Crom and points out that as it has been seen by so many reliable  people, she cannot write it off as fictitious. It is a glowing orb of light the size of two footballs, which is seen hovering over the lake  near the castle and has been bright enough to illuminate the trees on the shoreline. [Ibid 205.] Three of the castle's gardeners who were rowing across the lake claimed that it rushed at them over the water, causing them to flee. We also read that on one occasion it was a golden  colour and did not appear to be illuminating the water a foot below it  before it disappeared.  [Ibid 208] Rogers reports that the light has been seen on momentous occasions for the castle's family,such as the battle of Newtownbutler in 1689, but on many occasions that it has occurred nothing untoward has happened, so this is likely to be coincidental.

Mysterious? The best explanation is the strange phenomenon of ball lightning, which is little understood but behaves exactly as the light does. This is a purely natural phenomenon, sometimes reported, but not yet fully explained. We can look for mysterious supernatural explanations when we should first seek natural ones, but keep an open mind  for phenomena that cannot be explained by our world-view.

Land in the north is held in the same way as land in Britain is, from the crown, but I do not know the rules for land in the south.

Is seeing leprechauns creepy or reassuring? I do not know, but we must realize that in Irish myth the Sidhe, the supernatural folk, are not regarded as friendly beings. They are considered irritable and therefore prone to take offence.

frankbeswick, Thank you for the photos, practicalities and products.
In another, more recent wizzley, you described the land in the United Kingdom as regarded as that of the monarchy at least since 1066. How did that affect the status of land with the creation of the Republic of Ireland and with its separation from the north? You mention above that some of the islands in the Lough Erne now are inhabited, and that made me start wondering about monarchical, private and public ownership in the two Irelands.
Is it supposed to be creepy or reassuring for Castle Crom's children to awaken to leprechauns smiling (enigmatically, fiendishly or nicely) and then vanishing through walls?

You can read about Boa [pronounced Bow, as in crossbow] Island in Prospect of Erne, which I will lend to you. You always return books, and moreover they are in the condition in which they were lent to you. The word boa may come from the Irish for cow, and this fits with the name Devenish, which means Bull Island.

Thanks. I have merely given a sample of the islands in the lough, for there are 95 that I have not visited.

This is a lovely article about Ireland and compliments my myths and legends post very well. I am very interested in Boa island. I haven't heard of that before.

Thank you for posting. 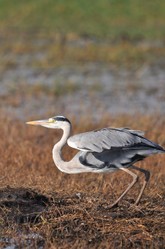 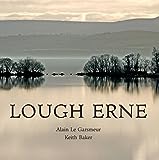