Over the decades, there have been many changes in the clinical management of heart failure.

The guidelines for management of this well-known illness have long included the use of diuretics and cardiac glycosides. Since accumulation of fluid is present in many of these patients along with high blood pressure, it is understandable that dieticians and physicians will recommend dietary sodium restriction [1, 2].

One major change, however, has been a turn away from the use of activity limitation or bedrest in these clients. In fact—as is also true with coronary heart disease—clinicians have observed that ambulation of the individual enhances recovery. Nevertheless, the use of diuretics is still the mainstay of therapy for those who suffer from congestive heart failure
[1, 2].

The administration of digoxin continues to have an important role in management as it reduces the risk of further decompensation.  Moreover, it lowers the possibility that the individual will return for hospitalization.  For more than 70 years, doctors have prescribed digitalis glycoside--a drug that comes from the foxglove plant—for this infirmity [2].

Most digoxin in the United States comes from Digitalis lanata, and medical textbooks have described its benefits for heart failure as well as cardiac rhythm disturbances such as atrial fibrillation and flutter [2].

There have also been changes in the use of other medications during the last several decades.  For example, physicians are using beta-blockers today more than they have in the past though there have been articles in the literature for several years which explore their utilization [2].

One of the main reservations about these agents to treat heart failure has been their negative inotropic effect.  In other words, they tend to slow the heart rate, and this does not seem desirable when there is already a compromise of that organ’s ability to pump blood.  Nevertheless, these drugs also lower the sympathetic effects of norepinephrine [2].

The release of catecholamines such as norepinephrine and epinephrine in any cardiac patient poses a problem because those chemicals may raise the heart rate and blood pressure.  This naturally may lead to anxiety and ominously rapid cardiac rhythms.  In any event, current research demonstrates that beta adrenergic blockade in those with congestive heart failure improves survival and is cardioprotective [2].

Therefore, beta blockers serve to oppose or counteract the effects of catecholamines such as norepinephrine, and they improve the patient’s condition [2].

There has been much progress during the last century for the management of heart failure as many new options exist.

3.  The photo shows a stethoscope and is reprinted with permission from the U.S. Centers for Disease Control and Prevention/Debora Cartagena.

What you should look for when faced with the task of choosing a nursing home.

I use Public Transport. You can go many places using the Trains or the Buses... 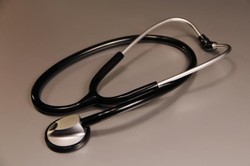 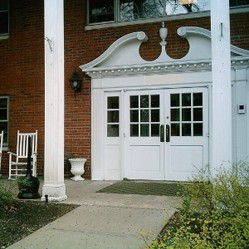 What you should look for when faced with the task of choosing a nursing home.
20%  2   2 Ralpapajan
Other Topics for Senior Citizens 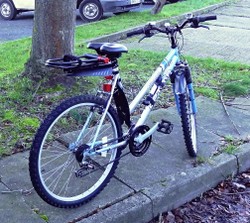 I use Public Transport. You can go many places using the Trains or the Buses. But when you get there your world is only as big as your stamina and speed of walking.
Loading ...
Error!