Recently, there has been news of a beef involving designer Marc Jacobs and French graffiti artist Kidult. The small feud reportedly began when Kidult vandalized the SoHo storefront belonging to Marc Jacobs with Kidult’s signature HUGE letters spelling “ART”. Rather than press charges against the graffiti artist, Marc Jacobs instead retaliated by creating a cotton tee considered “super limited edition” and marketed the shirt for $689 each. The shirt, of course, featured a picture of the storefront’s mottled façade. At the bottom of the photo are the words “Art by Art Jacobs”. Marc Jacobs had no intentions of sharing the profit from the $689 shirts with the graffiti artist, which in-turn upset Kidult. The artist shortly responded with a Tweet reading “LET’S PLAY, but we don’t play the same rules!” Hmmm ….. Quite eerie!

So, now it looks like another person does not play by similar rules either.

One graphic shirt designer called FRY realized an opportunity to take a different approach to turn a profit for him. In fact, High Snobiety reported that he made a $35 replica with a photo of Marc Jacobs original “Art by Art Jacobs” shirt, which is also printed on the storefront that features the graffiti. VERY SMART!

At last, the one who started the whole “LET’S PLAY” threat finally released photos of his very own shirt on his website. Unfortunately, the shirt created by Kidult is not considered as clever as the shirts created by FRY or MJ. Kidult’s shirts feature a picture of Kidult in the act of the attack on Marc Jacob’s storefront, even shot at the same angle as that by MJ on the original tee. In fact, even text found on the ultra limited edition shirt created by Kidult reads “Not Art by Kidult”. These newest shirts are being sold for a mere $8.80.

As far as the fashion feud between Kidult and Marc Jacobs being over, we are still waiting to see the outcome. The question still remains if FRY will become the next victim of a brutal attack by Kidult, or if Marc Jacobs and Kidult will team up to take FRY down. In the end, how many shirts with photos on them can actually fit into more tees? The beef has to be close to an end, it may even be necessary to consider the gauntlet to have already been thrown on this one!

Marc Jacobs is an American fashion designer. He is the head designer for Marc Jacobs, as well as Marc by Marc Jacobs, a diffusion line, with more than 200 retail stores in 80 countries. He has been the creative director of the French design...

Marc Jacobs for Sale on eBay

Marc Jacobs on the Catwalk

Who is your favorite Designer?

The designer explains how being spontaneous proves to help inspire his works!

Marc Jacobs recently revealed on an interview, with the UK’s InStyle magazine, that each clothing season he creates is a progression naturally formed from what came before it.

MJ attempts to locate a “fresh spirit” each time to inspire him for each new coming season.

In addition to running his own successful line of clothing, Marc Jacobs also is the head of Louis Vuitton. He explained in the interview how he is able to create so many collections from year to year. He described how important paying attention to his surroundings is to his designs.

He did say that his design processes are never calculated. In fact, he begins each season by searching for a new spirit, but he never knows what is going to set off his design process. In addition, Marc Jacobs basically said that if you are in touch with your inner self while being open to new things, the ideas will begin to pour in.

The interviewer then asked Marc Jacobs if that was to mean his fall and winter collections are opposites to his summer and spring collections. He responded by explaining he does not focus on making that the case. Instead, he better likes to see progressions that are more natural, and derived from what he has created before.

He went further by explaining how the autumn colors are sober but the overall design is still sensual. Spring, on the other hand, remained true with sensual designs, but did so using prettier color shades. According to Marc, for colors that are more joyful, you should make adjustments in proportions, shapes, and fabric. For example, white buttons would be changed to black buttons.

How to Wear Leopard Print

Useful style advice for women on how to make classy statements of style with ...

Trendy clothes and fashion accessories which make great gifts for your girlfr... 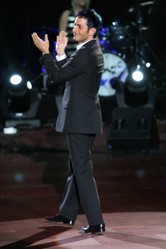 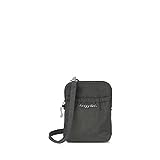 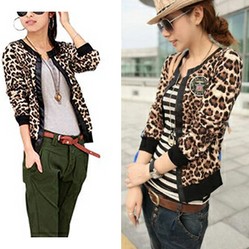 How to Wear Leopard Print

Useful style advice for women on how to make classy statements of style with leopard print clothes and accessories.
100%  11   10 katiem2
Fashion Trends for Women 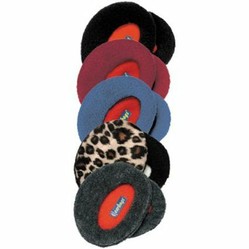 earbags are bandless ear warmers without bands, non slip, do not cause headaches and stay put, keep out cold air so comfy you will forget you have them on, the best ear warmers
84%  8   9 Mira
Fashion Trends for Women 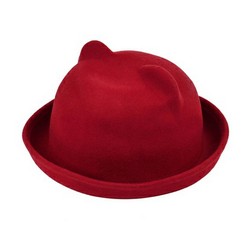