Mary Magdalene: the woman who loved much

Mary Magdalene was a woman close to Christ, but there has been much legend-making about her.

Mary Magdalene comes across as a strong character motivated by an intense love of Christ. She supported Jesus in his mission; and at the time when he was deserted by his apostles and dying on the cross she was there. She was among the first at the tomb on Easter morning and reported it empty. Moreover, she is depicted in Gnostic texts as a woman of insight who was capable of involving herself in discussions with men, not common practice among the women of the first century.

The trouble with being a religious leader is that your mistakes are promulgated through the centuries, and this is what happened to Gregory the Great. In an eleventh century sermon  he made a blunder. Speaking of Mary Magdalene he rolled four women into one: Mary of Magdala; Mary of Bethany [sister of Lazarus], who anointed Jesus before he died; the woman who was a sinner, in Luke 7; and later clerics have thrown in the woman taken in adultery for good measure. It was only in 1969 that the church admitted that these were separate women, but the error still lingers. Another error is the claim that Mary was a converted prostitute. There is no evidence for this.

One of the problems when dealing with biblical documents is that the documents emphasize Christ,  and the followers play themselves down. Thus Mary, Jesus' mother, gets some good press, but then seems to take a background role. The apostles are mentioned, but only a few are mentioned much; and the women fade into the background and just get on with living. We can see that  this must be so, as the New Testament is Christ-focused, but there are times when we want to know about his followers. So what do we know of Mary's origins?

We know that she came from Magdala, on the Sea of Galilee, a place which means Tower of the Salted Fish. We also know that she had seven devils cast out of her, after which she tagged along with Jesus' apostolic band, where she became a key companion. We do not know what was wrong with her: mental illness, possession, or physical ailment. But we do know that she was one of the wealthy women who backed up Jesus' mission with her money and helped to care for the males. Having wealth like this in her own right  would, in a time when women had no rights, indicate that she was a wealthy widow, but we cannot know this.

We do know that she was present at the cross, to keep vigil with Jesus till his death. She watched the burial and on the Sunday morning went early to the tomb. The city gates were closed at night and opened at dawn, so,as she went when it was still dark, we infer that she went very early, just after the first rays of the sun brightened the sky.

The gospels present her as going with a band of women, but John's gospel  focuses on her  alone. She warns the apostles that the tomb is empty, but she thinks that it has been robbed of the body. Later,when she returns to weep she meets Jesus,but thinks that he is the gardener, until he addresses her by name. She knows him by his voice and she goes to embrace him, but he demurs saying that he has not yet ascended to his Father. All of this indicates that she had an intense, loving relationship with Jesus.

After this she fades from history, for she is mentioned in Acts of the Apostles as being among the early church when the Holy Spirit arrived at Pentecost; and then she is gone from the records. She sought no fame or power, for to Mary love was enough, but she  ever goes down in history as Apostle to the Apostles, the only female to be ascribed apostolic rank.

The four canonical gospels  that we have were the ones selected by the church to reflect its faith, and with a few exceptions the rest, which are known as Gnostic  gospels derive from the second century at the earliest and have no connection with the apostles or the early church [Thomas' Gospel excepted.] Most were legitimately discarded by the church, but that does not mean that they are all a pack of lies. There probably are truths contained therein, and Mary gets mention in some, where she seems significant.

The apocryphal gospel of Philip tells that Mary was barren, implying that she had been wed but could have no children, but calls her the mother of angels. It says that Jesus often used to kiss her, but the text is damaged and so there is no more detail. But this ties in with her move to touch Jesus in John's Gospel, she was used to  expressing her feelings for him physically.

But it is the fate of Mary to be hijacked other people's causes. The Gnostics, a movement that owed as much to Greek metaphysical speculation as to Christianity, used Mary as a weapon to undermine the authority of the traditions arising from Peter. The Gospel of Philip,a late second century text, presents her as being the recipient of a deep wisdom not disclosed to Peter, about which he was jealous. Mary is presented as standing up to Peter, quite politely but firmly, stating that she did not make up any stories about the Lord. Levi [Matthew] intervenes to speak up for her. Levi speaks of the great love that Jesus had for Mary.

How much truth there is in this is unknown, but the Gospel of Philip speaks of a time when Peter tried to tell Jesus not to allow Mary to listen to his teaching, as women, he informs Jesus,  were not fit for eternal life. This also fits in with Peter's tendency to tell Jesus what to do, shown in Mark 8 when he objects to Jesus' coming passion. Jesus puts Peter firmly in his place on both occasions,  showing that Jesus broke new ground by accepting women as disciples. Thus Jesus rejected the view that eternal life was only for males.

The Gospel of Philip does not lend support to the claim that Mary was Jesus' wife, but speaks of her as a companion. Claims of this kind are mere speculation. The belief that she married Jesus, but later settled in Gaul to become the ancestor of the Merovingian dynasty collapses when we realize that the Merovingians were German incomers in the fifth century A.D, who invented the claim to boost their royal status.

In recent years some feminists have taken up Mary as a symbol of female wisdom, though we have no teaching originating from her. She was certainly an intelligent, strong minded woman capable of sitting in the same groups as men and making her case in coherent argument, if the Gospel of Philip is to be believed. While this source shows her as willing to stand up to Peter, it does not present her as an opponent of him. She seems unwilling to be in conflict with him and any of the apostles.

So what do we make of her

We should understand Mary in her own terms. Any other way is a denial of truth and justice. She was a first century woman who had had a bad time in life, but who found in Jesus someone whom she could love intensely.She expressed herself in physical terms, but there is no hint of a sexual relationship with Jesus. She knew Jesus deeply and well, and must have shared many ideas with him, for she was  eager for his teaching.If she wanted to be  remembered for anything it would be as a woman who loved Christ.

But she did not write a gospel,for we do not even know whether she could read and write. Women of that period rarely could. Nor does she display any yearning to be the leader of the church, or even a leader of anything. There is no evidence of her preaching to the world at large. Jewish society of that time would not have  taken to a woman preaching, so there would have been no point in her doing so. But her role would have been in the church, testifying within the community, possibly helping to educate Christian converts. The church had a charity system in which bread was given to  widows. I could imagine Mary getting herself involved with the baking where necessary.

One who has encountered Christ so closely is drawn to prayer. Most likely she spent her final years often in deep prayer reflecting lovingly on Jesus. You could say that she was a mystic or contemplative, and such folk are unlikely to seek power, they prefer the experience of prayer and the deep wisdom that it brings. Quite simply, they have transcended the love of power, status and wealth. When the church dispersed from Jerusalem for a while in the persecution of Herod Agrippa the First in the 40s, during the short reign of that tyrant, she probably returned to Galilee, where she would have had family. But by then she was probably not young and would have been less capable of travelling than she once was. There is a legend that she died at Ephesus, but that is devoid of any supporting evidence whatsoever. When Paul met the apostles in Jerusalem she is not mentioned, but nor were any of the women or ordinary Christians, so nothing can be inferred from this. I believe that she either died in Jerusalem or Galilee, but there is no record of her tomb. But that, I think, would not have concerned her at all.

If she were wealthy, the early ideal for following Jesus was to give one's wealth to the poor, then become a follower. Had she given away a great wealth would she not be emotionally and even intellectually invested in Jesus' mission. Once a person has put one's own wealth into something one has a greater appreciation for that cause, so she would have been emotionally invested in the early Church. Could a disbursement of her wealth be partially a source of her intense devotion that mixed in with the message she was hearing? And, would not a strong intellect accept the message and complete the devotion? It may be two halves making one whole. 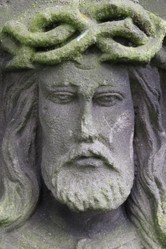 The Harpole Burial16 days ago